Artist Says Shen Yun ‘A Feast for the Eyes’ 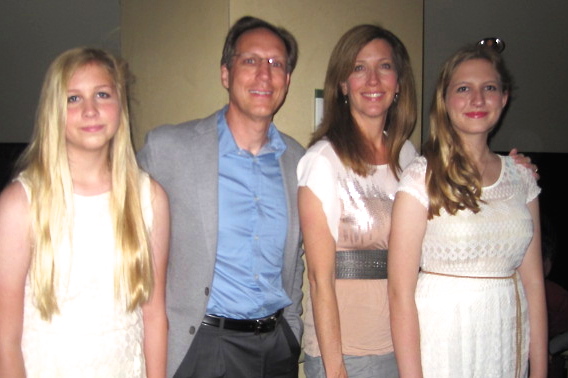 Karen and David Haub, with their two daughters, enjoy Shen Yun Performing Arts at the California Center for the Arts on Saturday, on March 1. (Jane Yang/Epoch Times)

ESCONDIDO, Calif.—Artist and designer Karen Haub and her husband David Haub, were very pleased with the performance of Shen Yun Performing Arts’ New York Company at the California Center for the Arts on Saturday, March 1.

Karen Haub is the owner and designer of the company Karen Gooding Haub Fine Art and Photography. David Haub is a senior engineer at a communications development company.

According to New York-based Shen Yun’s website, “Through the universal language of music and dance, Shen Yun weaves a wondrous tapestry of heavenly realms, ancient legends, and modern heroic tales, taking you on a journey through 5,000 years of Chinese culture.”

Mr. Haub enjoyed the percussive elements included in some of Shen Yun’s dances, such as drums and chopsticks. He was also impressed by the interactive digital backdrop.

“I’ve never seen anything like that before, and the way they incorporate it into the show—they jump in and out of it—is very impressive,” said Mr. Haub. “Good use of technology.”

Mrs. Haub was mesmerized by the female dancers’ costumes with long, flowing sleeves and how they used them within the dance.

Mr. and Mrs. Haub’s two daughters accompanied them to the performance. One of the daughters, Rachel, said, “It’s very fun to watch.”