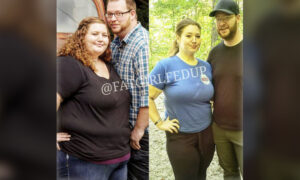 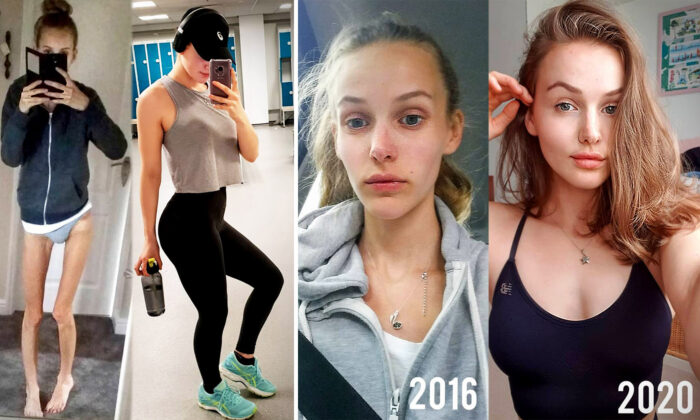 By the age of 16, Lara Rebecca from Wales was at the height of an eating disorder. She spent years in denial, while doctors feared for her health. Eventually, she was rushed to hospital emergency.

Through an intensive recovery program, Lara survived—and thrived. Inspired by an urge to help others, the now-20-year-old became a fitness blogger, podcast host, and advocate raising awareness of eating disorders.

Despite having a happy childhood, Lara recalls chronic anxiety and panic attacks by the onset of high school. “It was a tree and a stem from an abundance of other mental health issues that I was struggling with at the time,” Lara from Cardiff explained to Wales Online.

As a preteen, she’d lost her confidence, and a domino effect led to a coping mechanism around age 12. She found that controlling her weight fulfilled a need.

It started with exercise, calorie control, and hiding food. When Lara discovered scales, her obsession with weight shot up.

“It was my safety,” she reflected. “Looking back I know that’s a really bizarre thing to say, but that was a safety blanket and it was my comfort … but very, very quickly you develop the identity and it almost engulfs you.”

The school counselor noticed the young student’s gaunt weight and secretive behavior and referred her to a physician. Yet a diagnosis of anorexia nervosa merely brought Lara’s struggles into the fore, exacerbating her craving for control.

Her weight plummeted despite regular hospital checkups. The crisis came to a head while on a two-week trip out of the country. But on the third day, she was flown home for emergency care.

The teen wanted nothing more than to be left alone and continue her restrictive regime. Looking back now, it was a very scary time. “Now I just want to jump back in time and give myself a hug,” she told the BBC.

She was removed from school when her treatment began. That involved psychological input, weight restoration, and meal plans. And with consistent care, there was nowhere to hide.

As her weight gradually increased, so too did her privileges—such as enjoying outdoor walks with her two newly adopted rescue greyhounds. Lara started to see the light. Her habits changed.

The teen was discharged from recovery in January 2017. Later that year, she ran the Cardiff Half Marathon. Having fallen in love with training and running, Lara started tracking her journey on Instagram and YouTube.

She candidly shared her story in a video Anorexic to Athlete, which garnered over 8.2 million views at the time of writing.

“I had worked endlessly on creating the video,” Lara told Medium, “spent weeks revisiting photos and not-so-nice memories of my deteriorating illness. I was also new into video editing, so I had put hours into practically pouring my soul out into this near 18-minute video. I was just fortunate to have had such a positive response.”

Fitness, she explained, has played a huge role in her continuing recovery, allowing her to celebrate the strength of her body.

In 2020, Lara launched The Keep Smiling Podcast. Now, making friends, using her platforms to share her experiences, and helping others makes her heart happy.

While still battling the occasional troubled thought, Lara has gained mastery over her disorder and feels the healthiest she has ever been. A furloughed barista, she decided to study Sports and Exercise Science at Cardiff Metropolitan University to broaden her field in fitness.

Lara’s message is to: speak up and have self-compassion.

“Once you acknowledge it—and that is the hardest bit—it … sets up the momentum into a positive recovery,” she said. “It’s a slow, slow process, but it’s a gratifying one.”

Adds Lara, “You can recognize the elements of growth and self-development, which, when you look back on, you can be proud of yourself.”