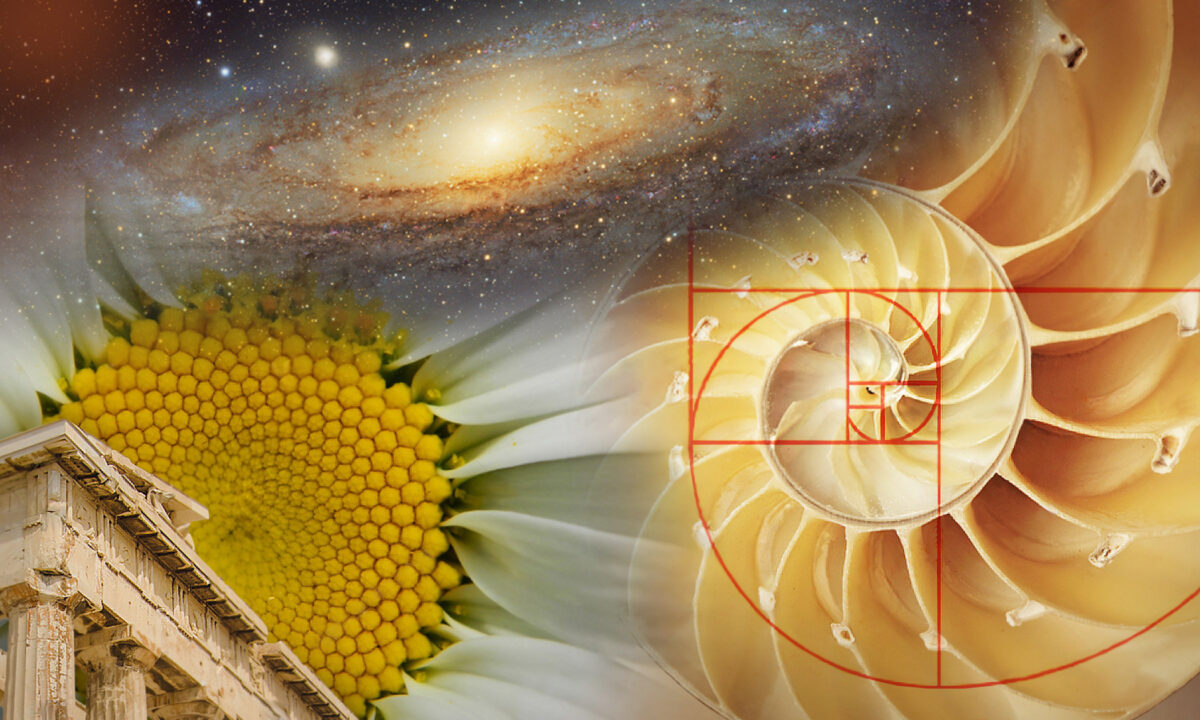 There is one thing that ancient Greeks, Renaissance artists, a 17th century astronomer, and 21st century architects all have in common—they all used the golden mean, otherwise known as the golden ratio, divine proportion, or golden section. To be precise, this is the number 1.61803399— represented by the Greek letter phi—which is considered truly unique in its mathematical properties, its prevalence throughout nature, and its ability to achieve a perfect aesthetic composition.

According to astrophysicist Mario Livio:

Some of the greatest mathematical minds of all ages, from Pythagoras and Euclid in ancient Greece, through the medieval Italian mathematician Leonardo of Pisa and the Renaissance astronomer Johannes Kepler, to present-day scientific figures such as Oxford physicist Roger Penrose, have spent endless hours over this simple ratio and its properties. But the fascination with the Golden Ratio is not confined just to mathematicians. Biologists, artists, musicians, historians, architects, psychologists, and even mystics have pondered and debated the basis of its ubiquity and appeal. In fact, it is probably fair to say that the Golden Ratio has inspired thinkers of all disciplines like no other number in the history of mathematics.

In mathematics and the arts, two quantities are in the golden ratio if their ratio is the same as the ratio of their sum to the larger of the two quantities. When the golden mean is conceptualized in two dimensions, it is typically presented as a regular spiral that is defined by a series of squares and arcs, each forming “Golden Rectangles.”

This symbolic potential arises because of the way the mean’s spiral shape resembles growth patterns observed in nature and its proportions are reminiscent of those in human bodies. Thus, these simple spirals and rectangles, which served to suggest the presence of a universal order underlying the world, were thereby dubbed “golden” or “divine”.

The Golden Ratio in History

The golden ratio has fascinated Western intellectuals of diverse interests for at least 2,400 years. The earliest known monuments believed to have been built according to this alluring number are the statues of the Parthenon in Greece, dating back between 490 and 430 B.C. However, there are many who have argued that it goes back much further than this and that the Egyptians were well versed in the properties of this unique number.

The first recorded definition of the golden ratio dates back to the period when Greek mathematician Euclid (c. 325–c. 265 B.C.) described what he called the “extreme and mean ratio.” However, the ratio’s unique properties became popularized in the 15th century when aesthetics were a vital component of Renaissance art, and geometry served both practical and symbolic purposes. As the famous mathematician, astronomer, and astrologer, Johannes Kepler (1571-1630) wrote:

Geometry has two great treasures: one is the Theorem of Pythagoras, and the other the division of a line into extreme and mean ratio; the first we may compare to a measure of gold, the second we may name a precious jewel.

The Golden Ratio in Architecture

Many artists and architects have proportioned their work to approximate the golden ratio with the belief that the outcome will be more aesthetically pleasing. Devising forms from this ratio, an architect can design a door handle that has a complementary relationship to its door, which in turn has a similar relationship to its enclosing wall, and so on. But more than this, the golden ratio has been used for the façade of great buildings from the Parthenon to the Great Mosque of Kairouan and all the way through to modern landmarks such as the Sydney Opera House and the National Gallery in London.

The Golden Ratio in Nature

Perhaps what is most surprising about the Golden Ratio is that it can be seen as a naturally occurring phenomenon in nature. The golden ratio is expressed in the arrangement of branches along the stems of plants and the veins in leaves. It can be seen in the skeletons of animals and humans and the branching of their veins and nerves. It can even be seen in the proportions of chemical compounds and the geometry of crystals. Essentially, it is all around us and within us and for this reason, German psychologist Adolf Zeising (1810-1876) labelled it a “universal law”:

in which is contained the ground-principle of all formative striving for beauty and completeness in the realms of both nature and art, and which permeates, as a paramount spiritual ideal, all structures, forms and proportions, whether cosmic or individual, organic or inorganic, acoustic or optical; which finds its fullest realization, however, in the human form.

As a result of the unique properties of this golden proportion, many view the ratio as sacred or divine and as a door to a deeper understanding of beauty and spirituality in life, unveiling a hidden harmony or connectedness in so much of what we see.