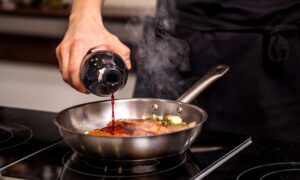 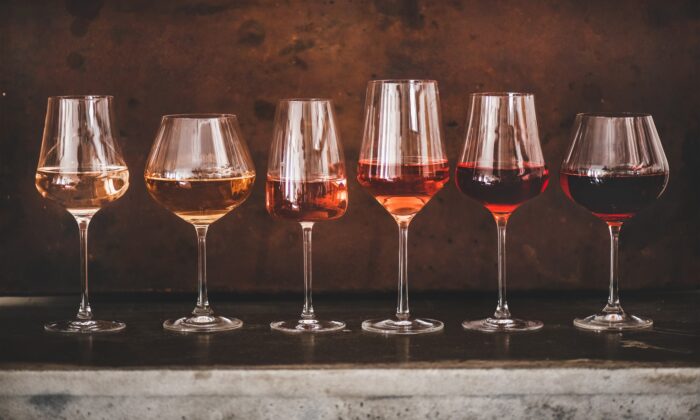 The greatest appeal of zinfandel, a versatile grape, is that it makes lots of different kinds of wines, all interesting. (Foxys Forest Manufacture/shutterstock)
Drinks

An Ode to Zin

Younger people (under age 45?) say zinfandel is a dark red wine that’s bold, brash, thickly rich, soft, and sweet-ish; that has slightly Port-y aromas and high alcohol content; and that should be sipped immediately after release by itself. Food is optional.

Older people (over age 60?) tell you zinfandel ought to be a medium-weight red wine that’s balanced to go with food and is even better after a couple of years in the bottle.

As wine drinkers become wine lovers, they can take one of two paths while traversing the Zinfandel Highway. One path leads to Port, sweet and high in alcohol. The other leads to claret, which is what zin used to be.

Claret, an older term, refers to red wines that are similar to the way cabernet sauvignon used to be made, with lower alcohol and dry enough to warrant putting it with food. That style is hard to find today.

The passion that some zinfandel lovers display now is hard to comprehend. I’m old enough to recall the amazing versatility of this grape. Its greatest appeal was that it made lots of different kinds of wines, all interesting.

It made a delightful dry, nearly pink wine (“white zin”); a sparkling wine; and, best of all, a light red that had all the charm of Beaujolais, with berry flavors and the crispness to work as a foil to pizza.

It was Chianti with more fruit.

Most of those wines are gone today. The minimania over this grape (though it’s waning) still has obsessive devotees seeking bigger, richer, more intensely flavored zins than ever before.

It has been 40 years since we first began to see this new style of zinfandel replace the older, more restrained style.

In his superb 1988 “Notes on a California Cellarbook” (now sadly out of print), Napa Valley author Bob Thompson said of zin: “A school of drinkers wants its Zinfandel inky dark, astringent enough to tan hides, and freighted with 14 percent or 15 percent alcohol, the sort of wine sometimes labeled Late Harvest. Nothing, the anointeds say, digs in and battles hot sauces and gamey meats on such even terms. Maybe the claim is true for linebackers and their spiritual kin, but I have fallen asleep too many times in my bear-knuckle stew to take pleasure from such stuff.”

Thompson was right: Too much intensity makes clumsy wines.

And that’s precisely what consumers seem to be saying. Overcome by weight and too much alcohol, some have begun to turn their backs on today’s biggest zins.

The zin exodus is a reaction to zins of the 1990s, when Thompson’s derision of 14 percent to 15 percent alcohol wasn’t enough for some people. It had to be a lot more than that! So 17 percent became the new 15 percent—massive brutes with astringency from starboard to port and the strength to remove rust from a 1949 Ford trailer hitch.

To find milder zins, find the alcohol listed on the label. There are many at 14.5 percent.

2017 Carol Shelton “Wild Thing” Zinfandel, Mendocino County ($19): The “wild” in this name refers to the spice components, with raspberries and pomegranates. It has only 14.5 percent alcohol and is delicious. It would work with most red-sauced Italian dishes. The 2018 will be out soon and may well be better (I haven’t tasted it), but 2017 was a cooler vintage.