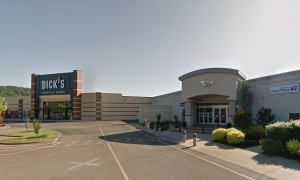 Mom of Terminally Ill Boy Shamed for Parking in Handicap Spot, She Claims
0 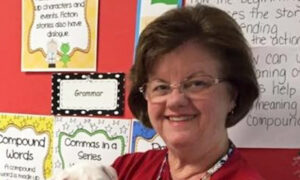 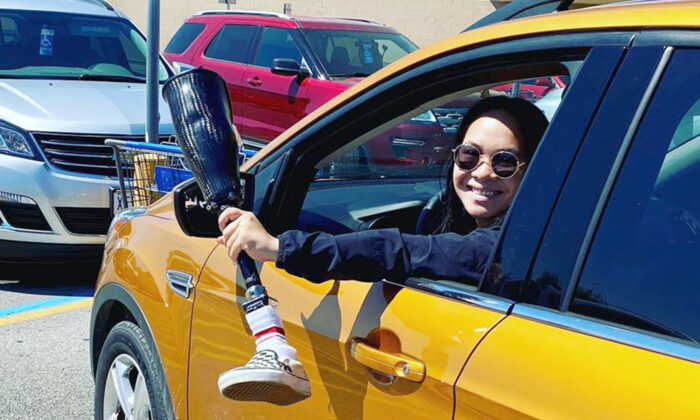 A double-amputee teenage swimming star became a viral sensation owing to an anecdote she shared from a handicapped parking spot at Walmart.

On April 10, 2020, Haven Shepherd posted her anecdote on Facebook, calling it a “public service announcement” and changing the names so as to “protect the innocent.”

“It’s a cold winter day,” Haven wrote. “I am wearing jeans (this is an important detail later in the story). I rush to my car to get out of the wind.”

“All of a sudden I hear a woman, let’s just call her ‘Karen,’ yelling at me,” the 17-year-old continued.

Haven responded to the woman in a friendly way but was met with a barrage of aggression. The reason? Haven had parked her car in a handicapped parking spot.

“I figure, oh well, and just get in my car,” Haven wrote. Fielding the stranger’s angry comments, Haven tried to calm her down by assuring her that she “really is handicapped,” but no to avail.

“She starts saying words like ‘report’ and ‘police’ and ‘I should be ashamed,’” Haven wrote. “So what’s a girl to do? I calmly take off my leg and stick it out the window!”

It was a small victory for Haven but a disheartening reminder of the preconceptions that still surround physical disabilities of all kinds.

“Here’s the deal for all of you guys that are handicapped parking vigilantes,” Haven concluded. “It’s kind of like asking a woman if she’s pregnant… You better be darn sure!”

Haven received a plethora of support after posting her anecdote on social media.

“Wow! So sorry. People need to mind their own business,” wrote one follower. “You handled it so well and I must say, in a very creative and comical way! Keep inspiring others, girlie! You’re awesome!”

“I applaud you for showing humor and grace,” wrote another.

Haven’s gentle parking lot protest was part of her broader mission to advocate for the disabled community and inspire her peers in the process. Her journey began in Vietnam. Haven was born on March 10, 2003, in Vietnam’s Quang Nam province. Her birth name was Do Thi Thuy Phuong.

According to BBC News, Haven’s parents, who were unable to legitimate their relationship, made a devastating decision when she was just 14 months old. Her father strapped himself and Haven’s mother, holding their baby, to an explosive device. The bomb went off, killing Haven’s parents and blowing off Haven’s lower legs.

“I survived something so dramatic,” Haven told BBC News. “I wasn’t supposed to live.”

Haven’s poverty-stricken grandparents were unable to afford the baby girl’s medical care. As a result, Haven was adopted by Shelly and Rob Shepherd of Carthage, Missouri, in October 2004, and traveled to the States to join a loving family of eight.

According to Haven’s athletic profile, she followed in her sisters’ footsteps and became a track star at school thanks to a grant for specialized prosthetic running feet. She then started swimming at the age of 10 and found her true calling, joining a swim team two years later.

“It makes me feel really empowered,” Haven told the BBC. “[Growing up], I couldn’t really do everything on my own, so it’s, like, the first thing that I got to do by myself.”

As of 2020, Haven is training for a chance to represent Team USA at the next Paralympic games. She is also a member of Models of Diversity, campaigning for more diverse representation in the fashion and beauty industries.

“I had two choices,” the inspiring teen told the British broadcasting giant. “I could have become a very insecure person that was having her feelings hurt all the time, or I could see it as, ‘Oh, you’re staring at me because I have really cool legs!’ And I do.”