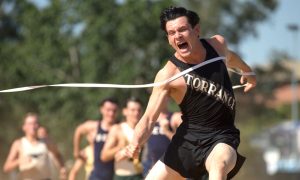 'Unbroken:' A Film About Forbearance and Forgiveness
0 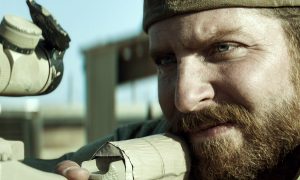 U.S. Navy SEAL Chris Kyle had four tours of duty in Iraq, earned a reputation as the most lethal sniper in U.S. military history, and started a program to heal disabled vets—only to return stateside and get shot and killed by a Marine with post-traumatic stress disorder.

The riveting Clint Eastwood-directed “American Sniper,” released in 2015, joined “Act of Valor” and “Lone Survivor” to become one of the most authentic cinematic portrayals of SEAL culture to date. While “Act of Valor” featured actual active-duty SEALs in acting roles, “American Sniper” rivals that movie as a top-tier combat movie.

Although it precisely follows Kyle’s autobiography of the same name—factually, not tonally—”American Sniper” is not a thorough accounting of Kyle’s life. More on that later.

The movie opens on Kyle (Bradley Cooper), prone in a rooftop sniper-hide in Fallujah, Iraq. Who’s in his crosshairs? An Iraqi woman handing off a big grenade to her 8-year-old son, who then proceeds to walk toward a Marine convoy.

It’s a perfect example of why war is hell. As the audience winces and digs in, we’re suddenly flashed back to Kyle’s boyhood in Odessa, Texas (home of the Permian Panthers high school football team of “Friday Night Lights” fame). Kyle’s out deer hunting with dad. When it comes to marksmanship, Kyle has Tiger Woods’s early-start advantage. Tiger talent, too.

As a young man, he rides broncos to the exasperation of a bored girlfriend, who Kyle catches “in flagrante delicto” upon returning home early from a rodeo gig. “I just do this to get your attention!” she shrieks. Kyle decides it’s time for a change.

BUD/S training, otherwise known as SEAL bootcamp, is famous for its brutality. It can easily kill a man. It doesn’t separate boys from men; it separates already tough men from world-class warriors.

More flashbacks establish what will become Kyle’s stateside narrative—the courtship of his wife-to-be, Taya (British actress Sienna Miller, in a shape-shifting performance as a brunette).

U.S. Special Operations personnel don’t lightly reveal what they do, instead saying things like, “I’m the guy who sits in the ATM machine and dispenses cash,” and during Kyle and Taya’s initial verbal sparring at a bar, Kyle maintains he’s a “professional dolphin waxer.” Taya’s got his number, though, and it’s a proverbial whirlwind romance.

All too soon, Kyle is “in-country,” stacking the Taliban like cordwood. The Iraqis begin calling him “Shaitan Ar-Ramadi” (the “Devil of Ramadi”). The Americans call him “The Legend.”

With an $800,000 price on his head, Kyle’s finally in his element. With his .300 Winchester Magnum, he excels at the complicated math of it all: yardage, windage, bullet spin, and the Coriolis force (Earth rotation/curvature).

He can compute fast, and under the extreme duress of instantaneous life-or-death decision-making (who’s a combatant, who’s a civilian), not to mention lethal incoming rounds and shrapnel. Wrong combat decisions could mean lawsuits and court-martials.

The movie switches back and forth between four collections of war stories (labeled, naturally, “Tour One,” “Tour Two,” and so on) and the ever-deteriorating state of Kyle’s marriage.

This switching has a ratio similar to that of a NASCAR race, with Iraq being track laps, and Taya-time the pit stops. This is unfortunately the hard reality of Special Forces culture; Navy SEALs, like Navy pilots, tend to be adrenaline junkies, which is more often than not ruinous to relationships.

And yet Eastwood left out one of the most interesting (and tragic) stories of Kyle’s life, which was recounted by former Navy SEAL Marcus Luttrell, author of the bestselling “Lone Survivor.” Luttrell is a fellow Texan and former sniper. He and Kyle were buddies. Leaving the following story in might have helped explain some things.

Fact is, when Kyle got home, he bought a brand-new, tricked-out truck. Went to the gas station to gas up. Two men exited a car, drew guns, and demanded the keys. Kyle automatically (just another day at the office) sized up which miscreant handled his gun better, slowly reached for the keys, then pulled his own Colt 1911 and fired two shots under his left armpit, killing both thieves instantly.

Then he proceeded to lean up against his truck and smoke a cigarette until local law enforcement arrived. The cops ran his license; he gave them a number to call, where some higher-up at the War Department informed them that they were dealing with one of America’s most decorated war heroes. The police didn’t want to involve a highly decorated veteran in a legal situation, along with all the media bells and whistles.

I attended the premiere of “American Sniper” at the Tribeca Film Center. It was packed. I thought, “That’s way more journalists than usual.” Usually, when the credits roll, film critics exit the movie theater en masse with alacrity. This time, only a few people left; the majority stayed, in a state of deep, respectful silence. I thought, “That’s odd.” Went to the restroom and returned to the lobby, which was now packed with young men who all looked like NFL running backs. I thought, “Ahh, most of this crowd aren’t press; this is a big group of Navy SEAL friends of Chris Kyle.”

I recognized one, Brandon Webb; I’d read his book—he’d revamped, single-handedly, the entire SEAL sniper school. I introduced myself and told him I enjoyed his book. He asked me what I thought of the movie. I really wanted to hear what he thought of the movie, but I told him I wondered why the above truck story got left out of the movie, and why Kyle left it out of his autobiography. And then I thanked him for his service and exited the theater with alacrity, because putting a question mark next to a Navy SEAL who died, in front of his SEAL best friend, struck me as very much akin to walking near a lake of gasoline with a lit match.

So why bring it up? Because in order to be able to discuss the moral of the story, we need the whole story. Eastwood portrayed pure heroism, Hollywood style, but there’s a flagrant omission of truth.

What irony, you ask? Here’s the deal: Kyle’s Colt 1911 is a .44 Magnum. That’s a “Dirty Harry” gun. As Dirty Harry says: “This is a .44 Magnum, the most powerful handgun in the world. It can blow a man’s head clean off.” Who directed “American Sniper”? Dirty Harry did. That makes the fact that Dirty Harry omitted this gun narrative rather ironic.

Moral of the Story

Fighting for your country is one thing, and doing it well is even better. With 255 kills, Kyle served his country—he was good to go. Then he killed two civilians at a gas station. Shortly after, he was killed by an ex-Marine with PTSD whom he was trying to help. The fact that so many war vets with PTSD are not getting help is one of the greatest crimes in the United States. Our homeless veterans are legion.

But we in America love “Dirty Harry” vigilante stories too much. We, especially guys (me included), romanticize the idea of a manly man with whom you absolutely do not mess. But there are differences between warriors in war, and warriors in civilian life. Different rules of engagement and rules of law apply. In Kyle’s era, the U.S. military was more known for pinning medals on its heroes’ chests and sweeping their PTSD under the rug.

I sure as heck wouldn’t want anyone stealing my brand new truck either. But I’d like to think if I had Kyle’s sidearm accuracy skills with a .44 Magnum, I’d have blown a couple of hands or feet off and waited for the cops to take them to the hospital and then to jail. Then it’s all legal, and nobody, not law enforcement, not Kyle, and not Eastwood, would have had to fudge the truth.