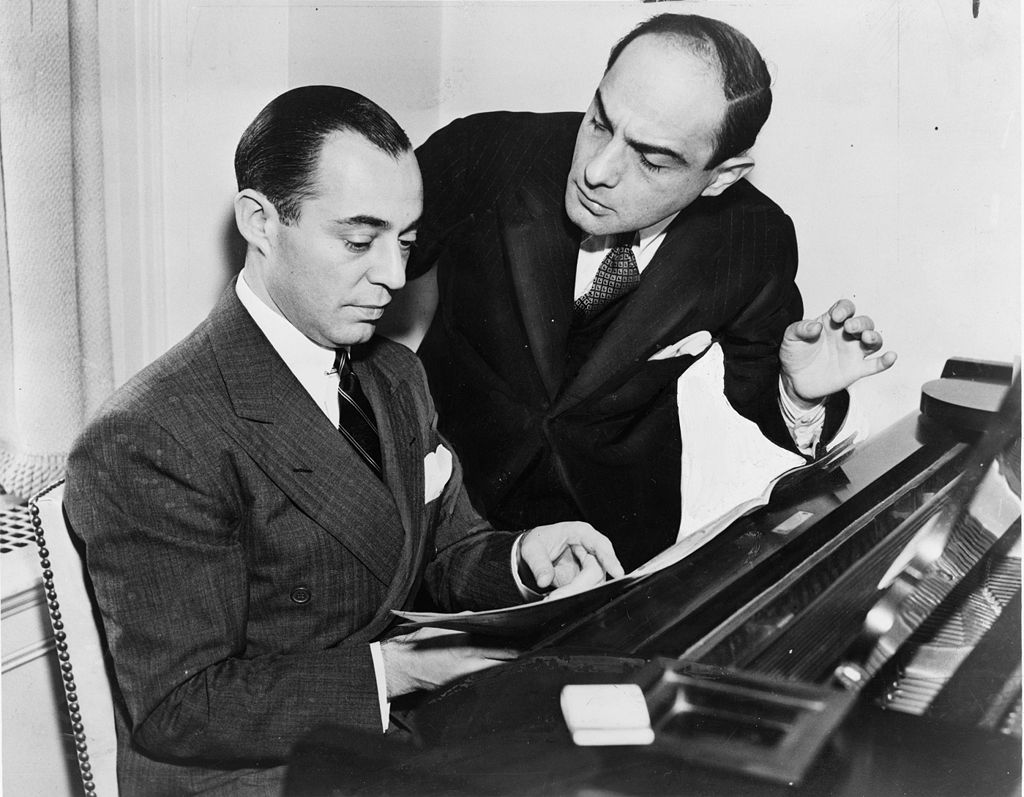 Consider the following bits of text: “Doe, a deer, a female deer,” “We’ll have Manhattan,” “Some enchanted evening,” “Oh, what a beautiful morning!”

Unless you are wholly ignorant of popular music before the Beatles, you won’t be able to read those words without hearing in your head the music that drapes them as perfectly as designer clothes. The words are by Oscar Hammerstein II and Lorenz Hart. The music that makes the words live is by Richard Rodgers.

Richard Rodgers (1902–1979) was one of the most important composers of the 20th century. He never wrote a symphony or a concerto, let alone a string quartet or piano sonata, yet his music resides in the subconscious of millions worldwide.

Curiously, while his songs and the musicals they come from are widely recognized, the name “Richard Rodgers” lacks the resonance of “George Gershwin” and “Cole Porter,” two of his most illustrious songwriting contemporaries. The reason may be simply that Rodgers’s life lacked the stuff of scintillating biography.

Gershwin died tragically young, and Porter battled sexual demons, but while Rodgers certainly had his dark side (he was an alcoholic prone to bouts of depression), his outer life conformed to the traditional expectations: 70-plus years of life, a decades-long marriage, children and grandchildren.

From this background of an ordinary, 20th-century American life, plagued by ordinary problems, Rodgers produced a catalog of songs so rich that space prohibits listing all the most popular of the 900-plus tunes.

It is said that, in a certain mood, Rodgers would stand up and bow in a restaurant or bar when a song of his was played. If that’s true, he must have spent precious little time seated.

The songs listed above from the beginning through “This Can’t be Love” have lyrics by Lorenz “Larry” Hart. From “Oh, What a Beautiful Morning” on, the words come from Oscar Hammerstein II. Rodgers composed music for several lyricists, including himself, but these two were his most famous and long-lasting collaborations.

Hart and Hammerstein were of opposite sensibilities. Hart wrote sophisticated lyrics in which arch observations and double entendres often played significant roles. “We’ll have Manhattan” comes from the pair’s first hit together, the song “Manhattan,” written in 1925. The night it premiered in a Broadway revue called “The Garrick Gaieties,” it was encored more than a dozen times and went on to be performed or recorded over the ensuing decades by 189 different artists, from Sterling Holloway to Rod Stewart.

Hart’s lyric pokes gentle fun at aspects of the city. “We’ll go to Greenwich/ Where modern men itch/ To be free.” “We’ll go to Coney/ And eat baloney on a roll.” But Rodgers’s exuberant tune soars, turning it into a love song to New York.

Hammerstein, by contrast, was deeply sentimental. When he wrote of a beautiful morning, or June “busting out all over,” or a “lark who is learning to pray,” there was no hidden sarcasm, no secret wink.

Aptly, Rodgers’s methods of working with these two were also opposed. For Hart, Rodgers composed the music first. With Hammerstein, the words came first. But in both cases, Rodgers wrote extremely fast. He was famous for it.

The Gestation of Song

One of the best-known stories about Rodgers’s incredible facility concerns the composing of “Bali H’ai,” a pivotal song in “South Pacific.” In an interview on CNYU-TV in 1975, Rodgers called the incident “semi-apocryphal,” and admitted to his speed but gave it a fascinating background: “We were at lunch at Josh Logan’s (the director of “South Pacific”). Oscar came in and handed me the lyric of ‘Bali Ha’i.’ I left the room and thought about it for a few minutes, then went to the piano and had the tune.”

Estimated time of composing: 10 minutes. Rodgers said, “I say it’s semi-apocryphal because no one realizes what goes on inside your head.”

At this point, the interviewer interrupts: “A period of gestation?”

Rodgers: “Exactly what it is. And it can last months. (When Oscar handed me the lyrics,) I didn’t have the tune. Not a note of it. But I had the subject. I knew about the island, about the woman who sang it. And I knew all the time the type of music I wanted, so when it came down to the actual writing, it went quickly, which seemed rather miraculous. It wasn’t. I’d been doing my subconscious homework.”

We are more than our exterior lives.

Finding the Music Inside

Rodgers had the ability to glean a character or situation and find the music inside that matched it. Words were usually a part of the set-up, but two great examples of the composer’s gift are extended instrumental pieces in which, without words, he managed to convey worlds unto themselves.

In 1945, Rodgers opened the musical “Carousel,” book and lyrics by Hammerstein, with a magical waltz that accompanied the carousel where the two main characters meet. After a slow winding-up of energy that portrays the carousel beginning to turn, jewel-like melodies in easy succession pour forth from the orchestra, a wordless evocation of innocent Julie Jordan’s wide-eyed enchantment before the carousel and its barker, Billy Bigelow. “Carousel Waltz” projects a sense of wonder and delight.

Six years later, Rodgers was faced with the task of evoking an Asian culture with which he and his audiences had little to no familiarity. The Siam of “The King and I” is musically unrelated to the 19th-century Siam where it is set, and with good reason. “If I had used real Siamese music, people would’ve run out of the theater,” Rodgers later explained, fully aware of the stark differences between Western and Asian musical cultures. So for a scene in which Anna, the English school teacher, meets her students, the King’s children, Rodgers kept to a rule film composers often cite: “Don’t make the music about the scenery; make it about the people in it.” Anna is set to leave Siam after a series of disappointments, but the beauty and charm of the children reach inside of her, as Rodgers’s music reaches inside of us, and we are both convinced she should stay.

The “March of the Siamese Children” exhibits Western “orientalism” of the sort that might not make it past cultural censors these days, but Rodgers’s subconscious gives us something bigger than a cultural meme: It portrays for us the fragility of children. In the hands of a Richard Rodgers, music is indeed a universal language.