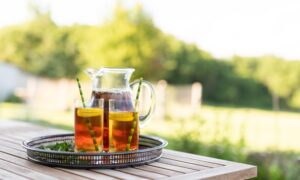 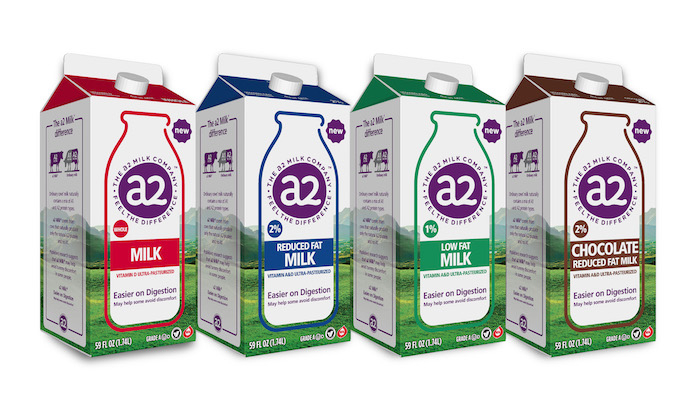 All About A2 Milk, the Easier-to-Digest Cow’s Milk Disrupting Stomach Discomfort

I got tested for lactose intolerance because overindulging in dairy seemed to make me feel queasy. My tests were negative but I steered clear of cows’ milk for years, thinking perhaps my half-Asian ethnicity made me “kind of” intolerant. Like many, perceived but unproven dairy issues—compounded by the media demonizing dairy—resulted in my taking what could have been a permanent break.

But when I heard about a2 Milk from The a2 Milk Company, with a protein that is supposedly easier on digestion, I eagerly volunteered as tribute, digging up some interesting facts along the way. If you too suffer from a belly ache upon consuming dairy, but would very much like to be reunited with it, read on.

First and foremost, none of what I’m discussing is the product of a technological process or genetic engineering. This is real milk.

New Zealand scientist Corran McLachlan founded the a2 Milk Company in 2000 after discovering that cows produce different types of milk proteins: A1 and A2. Some cow’s milk contains both proteins, and some only A2. Follow-up research suggested that the latter is easier to digest, resulting in less stomach discomfort for consumers.

By identifying A2 milk-producing cows with DNA tests and selling their milk, the a2 Milk Company built a successful business that expanded from down under to California in 2015. Early this year, a2 Milk arrived in the northeastern United States.

Americans have increasingly turned to dairy alternatives as plant-based foods grow in popularity. According to the American Farm Bureau, U.S. milk consumption fell by 25 percent from 1980 to 2015, while almond and coconut milk consumption increased by 66 percent and 111 percent, respectively.

Many American dairy farmers struggling to stay in business have considered, or already started exploring, A2 milk as a way to expand their shrinking profits. Any farmer or facility with A2 cows can make A2 milk. They can breed the cows, resulting in A2 calves, and build a separate herd that produces only A2 milk.

Interestingly, as consumers are re-discovering the joys of milk, industry players such as the National Dairy Council, which supposedly represents U.S. dairy farmers’ interests, have not openly embraced A1-free milk. They claim studies have methodological flaws or may have issues because they are funded by those in the industry who stand to gain.

Naysayers might be persuaded by trying A2 milk, consumer testimonials suggest. Dairy farmer Dan Ripley of central New York, for instance, had been skeptical, but changed his mind after discovering his own children could drink A2 milk without the digestion problems they had with regular milk.

The National Institute of Health previously conducted a short study ending in 2015 that supported the a2 Milk Company’s claims, but the subjects were all of Chinese descent. Another ongoing study, several years in the making, will hopefully shed some more data-filtered light on the debate.

I drank several glasses of this milk per day for a week, and to my surprise, even on days I had three (for science!) I had no stomach issues! I’m going with my gut on this one, and thankfully, it agrees with a2 Milk.

Tested alongside regular cow’s milk, a2 Milk tastes the same, has the same thickness I love, and offers the exact same nutritional value. My morning smoothie is now made with cow’s milk, which to me tastes better than the almond and cashew “milks” I’ve used the past few years. Bonus: I’ve even returned to a big bowl of cereal from time to time. Why not milk it?

Where to Buy A2 Milk

In the United States, a2 Milk is the most widely available brand. It’s sold in over 6,000 locations including Walmart, Wegmans, Publix, Costco, Whole Foods, and my local NYC Fairway, where I got whole, 2 percent, and 1 percent cartons on my first milk binge. I am patiently waiting for chocolate.