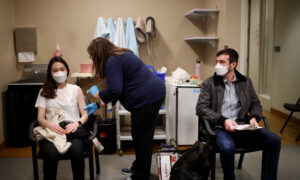 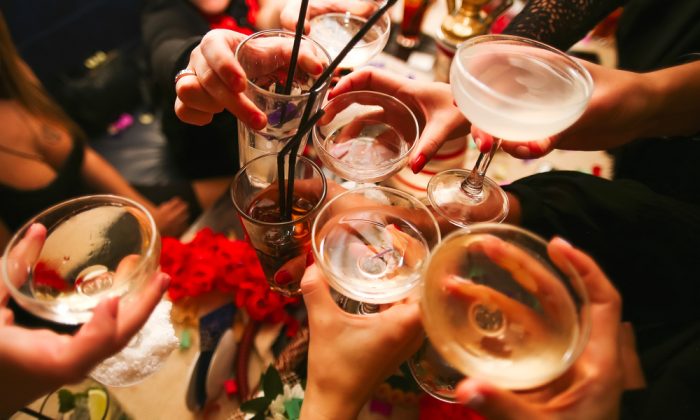 About one in every 12 American adults suffers from some level of alcohol abuse and dependence. (Moiseenko Design/Shutterstock)
Health News

So many days of our year have become traditional celebrations, including New Year’s Eve, Super Bowl Sunday, the Fourth of July, Saint Patrick’s Day, Halloween, Cinco de Mayo, and the day before Thanksgiving.

These celebration dates have also become the heaviest drinking days of the year—even if you don’t even know what the original celebration is for.

Take Cinco de Mayo. The date commemorates the victory of the Mexican army over the French at the Battle of Puebla on May 5, 1862, but many unfamiliar with the history still raise a glass (or several) in pseudo-solidarity whenever the anniversary rolls around.

In a world of meth labs and prescription opioid addiction, it can be easy to overlook the impact of a substance as socially accepted as alcohol. Yet according to the National Institutes of Health (NIH), alcohol imposes many heavy burdens on both the individual and society.

“In addition to negatively affecting health, a wide range of social ills, including domestic violence, child abuse, fires and other accidents, and other crimes against individuals such as rape, robbery, and assault have all been linked to alcohol misuse,” the NIH website states. “An estimated 20 to 40 percent of patients in large urban hospitals are there because of illnesses that have been caused or made worse by their drinking.”

About 1 in every 12 American adults suffers from some level of alcohol abuse and dependence. The current terminology in treatment is an “alcohol use disorder.” The NIH has determined alcohol dosage limits that help identify this disorder.

Officials classify moderate drinking as one drink per day for women, and no more than two for men. Any more than this is said to confer some risk for a disorder.

High-risk or “binge” drinking means four or more drinks on a single occasion for women and five or more for men.

Weekly intake is considered in the risk equation as well. Heavy drinking for women is more than 7 drinks per week. For men, it’s more than 14 per week.

The difference in limits between the sexes has to do with body water content. The larger the body, the more dilute the blood alcohol level, and the less potent the effect.

According to Suzette Glasner-Edwards, Ph.D.—a licensed clinical psychologist, an associate professor at UCLA’s Semel Institute for Neuroscience and Human Behavior, and author of  “The Addiction Recovery Skills Workbook”—the more often a person drinks in excess of these limits, the greater their risk of developing an alcohol use disorder.

“People drink at these high risk levels all the time and they don’t really recognize that there are serious health risks associated with those levels,” she said. “You’re putting yourself at heightened risk of injury and accidents, liver and heart disease, and stroke.”

According to the National Council on Alcoholism and Drug Dependence, 88,000 deaths a year are attributed to excessive alcohol use. Alcohol has been linked to more than 60 different diseases, including dementia, cardiovascular problems, increased cancer risk, and gastrointestinal problems.

Alcohol is a popular drug because it relaxes the body and eases the mind. But problems are immediately apparent at higher doses.

“People do things on alcohol that they ordinarily wouldn’t dream of doing, because you lose control of the part of brain that inhibits behavior and do things that are not safe or not appropriate,” Glasner-Edwards said. “Statistics show that alcohol is responsible for 60 percent of fatal burn injuries or drownings, and 40 percent of motor vehicle accidents.”

While exercising moderation isn’t an issue for most adults, there are common circumstances for which people turn to the bottle for comfort: a family history of alcohol or other substance-related problems; psychiatric problems such as depression, bipolar illness, and anxiety; or a traumatic experience.

Because alcohol sedates the central nervous system, it can temporarily ease emotional pain. But according to Glasner-Edwards, it isn’t a good strategy in the long run.

“The problems that people typically use alcohol to self-medicate for, like depression and anxiety, are worsened in the long term. That creates a vicious cycle where you’re drinking to alleviate the symptoms that your drinking has caused. The symptoms keep getting worse, and you just start chasing that relief,” she said.

An occasional bout of heavy drinking doesn’t necessarily point to a problem, but about one in five people who drink excessively for only one day per month are found to struggle with alcohol abuse.

The key is to consider how alcohol affects your life. Do friends and family comment on your drinking? Are you argumentative? Do your relationships or school and work performance suffer as a result of drinking?

People with an alcohol disorder may believe they have their habit under control. But Glasner-Edwards says that if you find yourself consistently rationalizing your alcohol intake, you may need to consider your habits more seriously.

“When you’re addicted to something, your brain changes in ways so that it can overcome rational thinking. Your brain wants alcohol because that’s what it’s accustomed to. So you’ll find yourself saying things to yourself like, ‘I’ll only have one,’ or ‘I can start again tomorrow,'” she said.

For those who can recognize the addictive thinking processes, the next step is to address it very deliberately. One strategy that Glasner-Edwards uses is called relapse prevention, which requires a close study of an individual’s drinking patterns. This treatment helps to identify when you’re most tempted to drink and the situations that can spark an urge.

“They become an expert in understanding how their addiction works, and they’re equipped with strategies to overcome those temptations. If it’s certain times of day that are the trigger, then they should schedule and plan out their day very carefully,” Glasner-Edwards said.

When the addiction is strong, medications called opioid antagonists may be necessary to address the physical cravings. These drugs can prevent the user from experiencing a pleasurable effect from drinking alcohol or may even cause nausea, headaches, and vomiting when alcohol hits their system.

Over time, these drugs condition the body to reject alcohol, but Glasner-Edwards says people may still need to work on the deeper issues that fed the addiction in the first place.

“The medications help the physiology of addiction, but in order to make the changes necessary to live a life of sobriety, a lot has to change,” she said. “It can feel overwhelming, but it very possible and doable.”