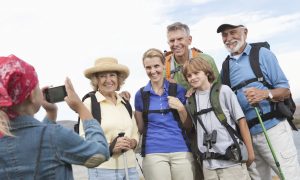 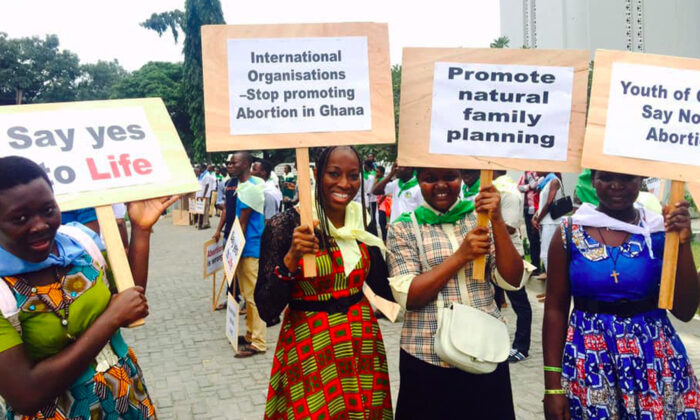 According to African pro-life advocate Obianuju Ekeocha, the founder and president of Culture of Life Africa, more Western charitable aid is being channeled into “population control” than education, clean water, or healthcare on the African continent.

“The African people have a culture of life,” said Ekeocha, taking the stand as guest speaker at Georgetown University at their second annual Lives Worthy of Respect event.

“The recognition of human life, from the womb to the tomb, is a common thread that runs through many tribes and towns of Africa,” she continued, as quoted by Catholic Standard.

Addressing the gathered crowd in Georgetown on Oct. 23, 2018, Ekeocha regaled anecdotes from her village in Nigeria, explaining how every new baby’s life is celebrated “with joy.” A special call, singing, and dancing marks the birth of every new addition to the community.

“As a society, we love and welcome babies,” Ekeocha explained. “Amidst our different difficulties and afflictions, our babies are always a firm sign of hope.”

Impoverished Africans, Ekeocha said, remain concerned about the desperate need for affordable food, clean water, health care, and education on the continent. “Some of those were my very own concerns,” she said, expressing gratitude for the aid that addresses those needs.

The problem is, Ekeocha continued, that some non-governmental organizations (NGOs) advocate birth control and abortion instead.

Ekeocha described an incompatibility of values between some western NGOs and the African people they are trying to “help.” Even though the “era of colonialism is over,” she said, there has been a “return of western footprints in Africa.”

“It is easier and cheaper to buy a bag of condoms than buy a bottle of water,” Ekeocha said. “We are looking upon our child, one baby, not as an increase in population, but as a valuable member of our community of love.

“Abortion is a direct attack on human life and human dignity,” she adds. “This is why Africa rejects it.”

Ekeocha’s activism was kick-started back in 2012 by an open letter she felt compelled to write, titled “An African Woman’s Open Letter to Melinda Gates.” Ekeocha penned the letter in response to Microsoft founder Bill Gates’s wife’s family-planning program for women in the poorest parts of the world.

“With all the challenges and difficulties of Africa, people complain and lament their problems openly,” read Ekeocha’s letter. “I have grown up in this environment, and I have heard women (just as much as men) complain about all sorts of things. But I have never heard a woman complain about her baby (born or unborn).”

Speaking to the BBC in 2017, Ekeocha clarified her stance. “I don’t think that any Western country has a right to pay for abortions in an African country, especially when the majority of people don’t want abortion; that then becomes a form of ideological colonization,” she said.

Only four of Africa’s 54 constituent countries have legalized abortion as of October 2019. Abortion was legalized in the United States in 1973. In her 2018 Georgetown speech, Ekeocha referred to “our 1972.”

“The main task of the young pro-life movement,” she explained, “is to ensure a 1973 does not creep up on us.”

Ekeocha praised the reinstatement of the Mexico City Policy in January 2017, which prevents any American NGOs receiving federal funding from performing or promoting abortions in other countries. “This concerns you,” she added, speaking directly to American taxpayers.

Ekeocha then pleaded with her audience in Georgetown to continue promoting the “culture of life,” to care for women after abortions, to mourn lost fetuses, and to celebrate the babies that are born.

“Celebrate them like you are African,” she said. “That is one marvelous type of cultural appropriation we can all agree on. From Nairobi to New York, from Africa to America, human life begins at conception.”

Ekeocha founded Culture of Life Africa in 2012. The organization’s website explains that they are “an initiative dedicated to the promotion and defense of the African values of the sanctity of life, the beauty of marriage, the blessings of motherhood, and the dignity of family life.”

Besides her international advocacy work, Ekeocha is also a biomedical scientist specializing in hematology and works at a hospital in the United Kingdom. She was born in southeast Nigeria, the youngest of six children.

Fittingly, her first given name, Obianuju, means “a child born into plenty,” according to Nigerian novelist Chike Momah.

“Growing up in Africa, I was raised in a pro-life society,” Ekeocha told Catholic Digest. “It would never have occurred to me that there could ever be any society in the world where abortion was legal.

“Whenever anyone talked about abortion, it was to speak of something terrible.”