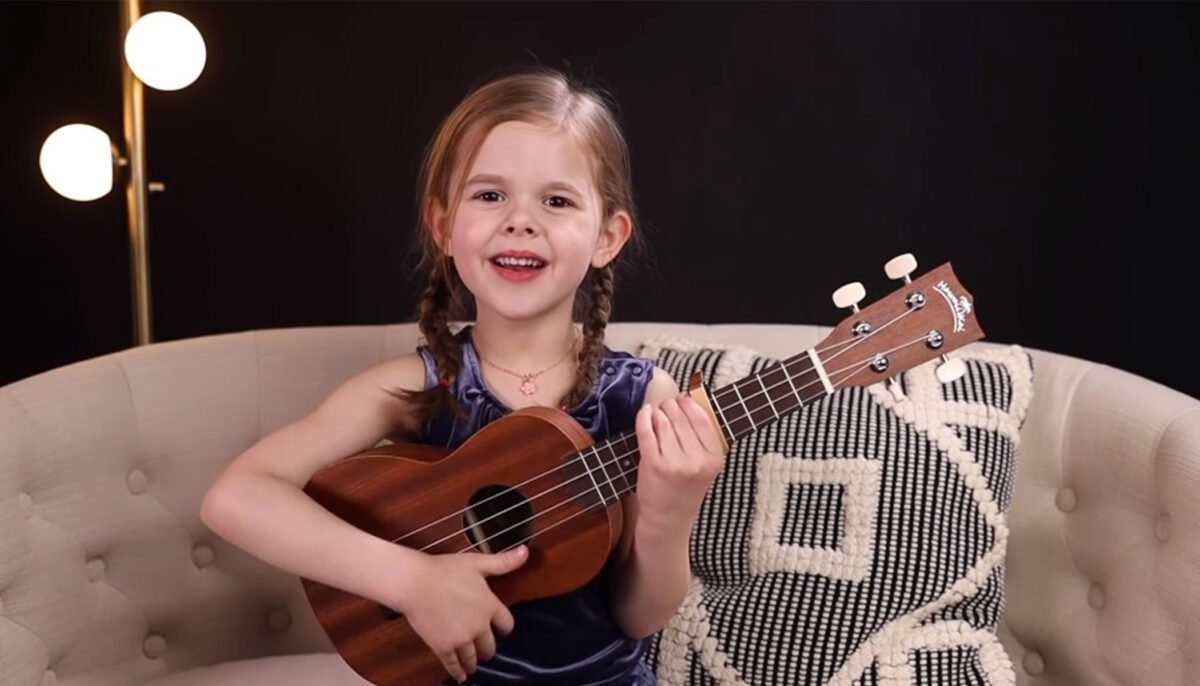 (Courtesy of The Crosbys)
Inspired

Seven-year-old Claire Ryann Crosby, from Seattle, Washington, is a YouTube star alongside her father, Dave, both of whom have always loved to sing. In March 2019, the Crosbys uploaded Claire’s interpretation of the classic Elvis Presley hit song “Can’t Help Falling in Love,” leaving people the world over head over heels for the young singer.

Posting Claire’s heartfelt performance on the family’s YouTube channel, “The Crosbys,” Claire’s parents explained, “She’s been working really hard to learn this one on ukulele.”

Confident Claire, only 6 years old at that time, introduced the video herself with a wave and a smile before launching into a pitch-perfect rendition of the familiar song. To date, Claire’s Elvis cover has 28.4 million views and counting.

Tens of thousands of people have left comments for the pint-sized singer and her family; many praised Claire’s enviable singing skills given her young age or commented on her pleasing tone and perfect pitch.

Meanwhile, others expressed that the King of Rock and Roll himself would have loved the heartfelt cover.

“The innocence of an angel captured forever, embedded in music,” wrote one social media user. “Aww I’m sure Elvis would have just melted over this,” added another.

“6 year old girl: professional singer,” joked one viewer, “6 year old me: looking at the sun to see if I go blind.”

“Love her singing but overall love her lil winks and cute mannerisms,” one person observed. “She is absolutely adorable to watch.”

However, amassing a fan base for her cover of “Can’t Help Falling In Love” was not Claire’s first time to fame. Claire has, in fact, been a viral singing sensation since January 2016, when a video of her and her father, Dave, singing “Part of Your World” from Disney’s The Little Mermaid was posted.

When a followup duet of “You’ve Got a Friend in Me” was viewed over 28 million times on the family’s YouTube channel, Dave and Claire were invited to appear on television by talk show host Ellen DeGeneres. To date, the tiny singer and her musical dad have been guests on Ellen’s show multiple times.

On Nov. 5, 2018, Claire’s parents took to Instagram to share a photo of their excited daughter on the show with her baby blue ukulele, captioned, “Backstage at Ellen!”

According to East Idaho News, after appearing on Ellen’s show, Claire and her father were inundated with requests for performances nationwide. Dave even quit his job at Amazon to manage his and Claire’s schedule full-time, as well as the family’s YouTube channel, and a home security camera business.

“It takes a ton of time and consistency,” Dave explained to East Idaho News in an interview in September 2019. “You have to be able to upload and upload even when nobody is watching. We were fortunate enough to have success early on […] If you make good content, content is king.”

As for Claire, she continues to perform and has even voiced the character of “Unity” from the December 2019 animated movie Spies in Disguise, starring Will Smith and Tom Holland.