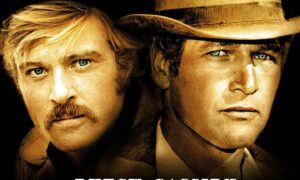 Welcome to the second episode of Acting Appreciation 101. Today I’ll be addressing the use of the four human temperaments of melancholic, choleric, phlegmatic, and sanguine as tools in the art of character development; a technique favored predominantly by British actors.

Additionally, we’ll take a look at how the great Russian director Michael Chekov (nephew of the renowned playwright Anton Chekov) used these classic human temperaments (particularly as described by Waldorf education founder Rudolf Steiner for use in early childhood education) in developing his own acting method.

Some say the British comedy troupe Monty Python was, in part, so successful because they embodied, in a farcical sense, the classic nuclear family: John Cleese was the stern, patriarchal father, Terry Jones the warm nurturing mother, Michael Palin the earnest older son, Eric Idle the cheeky younger son, gay Graham Chapman was the sister, and Terry Gilliam the weird cousin from America.

Some also claim legendary British rock band The Beatles were so successful because they embodied (and not farcically) the four human temperaments: Rhythm guitarist John Lennon was the angry choleric, bassist Paul McCartney was the perennially sunny sanguine, lead guitarist George Harrison the brooding melancholic, and drummer Ringo Starr the good-natured, unflappable phlegmatic. The same goes, roughly, for the four Ninja Turtles.

The concept of the four human temperaments derives from Greek physicians in the 5th century B.C., most notably Hippocrates, and had to do with the physical body’s various “humors” or fluids: blood, black bile, yellow bile, and phlegm. When you match the four temperaments up with other things that occur in sets of four in nature, it suddenly takes on a formidable weight of commonsense.

Additional things that accompany or complement this idea of  four categories are the primary colors of red, blue, yellow, with the additional secondary color of green; the four different human body-types (to be described); and various members of the animal world.

The following describes the essences of the temperaments and how they correspond to these various categories.

This temperament is the most easily recognizable by name, and has worked its way into our cultural lexicon to the point that it’s essence is known to most on a gut level. We instinctively know the emotion of melancholy is sad. How else do we describe it when we feel down? We feel blue. There’s your color. A whole genre of music is named for the feeling of melancholy—the Blues. “Woke up this morning, my baby was gone;” this kind of blues, that kind of blues, etc.

Where does melancholic fit in seasonally? Definitely not summer. Or spring. The season that lends itself most easily to depression and melancholy is winter. Cold, frozen, blue ice. Black bile.

What about the elements? Not fire, not air … but earth. Air is up; earth is down. “I’m feeling down.” Heaviest of the elements.

And which age group? Children? No; old age. We woke up one morning, our whole life was gone. Can’t do what we used to do. Sad, blue—melancholy.

What do Waldorf teachers do with the brilliant, withdrawn melancholics? Put them on the outskirts of the class, near the windows, and let them day-dream happily, for they are so often unhappy. They can often do the classroom work with half their brain.

When do we “see red?” When we’re angry. Matadors wave red flags at bulls to get them apoplectic. Season? Fall. Crisp, focused weather, go back to school when the leaves turn … red. Element? Fire. Red Fire. Which is hot. Hot tempered, hot-headed, hot temperament. Age? Youth; angry young men and women. What animal represents the choleric temperament? Anything that’s constantly ready to fight, like roosters. And shrews. Bulls. Grizzlies. Wolverines. The fish version would be a bass or piranha. And although sanguine means “blood,” yellow bile is the sanguine fluid. Red blood is the body fluid of choleric. Body type: built like a fire hydrant, the shorter the angrier, with basically no neck. Actor examples: Danny DeVito, Jonah Hill, Jack Black, Melissa McCarthy, Yosemite Sam. What do you do with potentially highly trouble-making choleric children in a Waldorf classroom? Put them in the front row and challenge them constantly.

In the Waldorf schools, hyperactive children are considered simply as belonging to the sanguine temperament. How do you get sanguine children to focus in a classroom? Seat them all together in one group. Their mutual sanguinity will annoy all of them collectively, and they will cease to fidget, and settle down and focus. Works like a charm.

Body type: the sanguine has the most balanced body type. Which usually means beauty. Beautiful women used to be considered not terribly bright. They’re extremely bright. The apparent scattered ditzy-ness is just the sanguine temperament on display. They move quickly. The good-looking kids in high school—what do we call them? “The fast crowd.” Sanguines move fast, speak fast, and get up to all sorts of mischief because they are easily bored. Actor examples: Goldie Hawn in her younger years was the epitome of sanguine, especially on “Laugh-In.” But Goldie Hawn is very bright. Tweety bird is also super sanguine.

Emotions: Tranquil, calm, laid-back, unruffled, undisturbed, content. Color: green. Psyche wards are painted green because it has a calming effect. Season: summer. Green leaves. Element: water. Water flows, follows the course of nature. Age: middle-aged. Settled. Enjoying life. Body type: rotund, tending towards overweight, but can also be extremely tall. Ponderous. Animals: cows, water buffalo, hippos, elephants, whales. Slow-moving. Phlegmatics tend, like elephants, to have exceptionally long memories. The phlegmatic has been described by Rudolf Steiner as having the best shot at enlightenment since, while often brilliant, they don’t generally have a lot of “monkey-mind” thought activity. They can easily sit in meditation, quickly become tranquil, and have zero thoughts.

They can also be too tranquil and non-participatory in the classroom. Waldorf teachers put the phlegmatic children in one group, because their collective phlegma—the shadow side of which is laziness—irritates them all, and they will pep up and be more active.

Try it on Your Friends

Try categorizing your friends by temperament. You’ll find it uncannily accurate. It explains many ingrained behaviors. The four temperaments are ostensibly as unscientific as the 12 zodiac signs, but anyone who’s spent any time looking into zodiac signs knows there are tendencies and repeating patterns that hint at higher degrees of accuracy, and even laws, than the layman has access to.

Michael Chekov’s Use of the Temperaments in Acting

Michael Chekov was very much a student of Rudolf Steiner’s Anthroposophy (“study of man,” which derived from the Theosophical movement), and which is also considered “spiritual science” due to Steiner having been a scientist, as well as a clairvoyant. It should also be mentioned that Steiner was a deeply devout Christian.

Steiner asked Chekov to come to Dornach, Switzerland and run the main stage at the headquarters of the Anthroposophical society, a megalithic building called the “Goetheanum.” It was a prodigious responsibility, and Chekov decided instead to move to Hollywood and become an acting coach to stars such as Clint Eastwood, Ingrid Bergman, Marilyn Monroe, Gregory Peck, and Anthony Quinn.

Chekov’s philosophy was that an actor needs tools to practice with, the same way painters, dancers, and musicians do. He defined archetypal movements, such as the psychological gesture: “A true psychological gesture will resemble the broad charcoal stroke on an artist’s canvas before he starts on the details. It is, to restate it, a scaffolding upon which the whole complicated architectural construction of the character will be erected.”

For an aggressive, pushy character, for example, practice the archetypal push: start with the body bent over, hands near feet, rise up with hands high over head, and one leg raised, and the lunge forward—and push. That physicality will inform the psychology. What’s outside goes inside: “You will be able to detect in your characters those fine but fugitive features which nobody but you, the actor, can see and, as a consequence, reveal to your audiences.”

So what psychological gestures might correspond to the four temperaments, to be practiced in order to have that particular temperamental quality permeate one’s consciousness and emanate to the audience? It has to do with imbuing a gesture with a quality.

If we continue to use the example of a push gesture, we can now add: “Like a sculptor, I mold the space surrounding me. In the air around me, I leave forms which appear to be chiseled by the movements of my body.” The element that lends itself to molding/sculpting is earth. The deliberate practice of an essence of molding as the primary body expression, would result in a rootedness in the melancholic.

“… try to reproduce these movements by using only different parts of your body: mold the air around you with only your shoulders and shoulder blades, then with your back, your elbows, knees, forehead, hands, fingers, etc. In all these movements preserve the sensation of strength and inner power flowing through and out of your body.”

What of Phlegmatic? Practice everything with a floating quality. Sanguine? Flying movements. “Imagine the air around you as a medium which instigates your flying movements.” “A sensation of joyful lightness and easiness will permeate your entire body.” Choleric? A radiating quality.

And thus, “Every movement I make is a little piece of art, I am doing it like an artist.” “You will understand and be convinced that vagueness and shapelessness have no place in art.”

A Return to the Classical

All of the above was an attempt by Chekov (and Steiner) to implement a return to classical technique in theater. Konstantine Stanislavsky, the father of modern acting technique, espoused that actors must feel real, internal feelings.

Classical theater was almost exclusively external and about aesthetics and beauty in sound and gesture. By creating an external framework purified of the actor’s personal emotions, the idea was to create a vessel through which archetypal and higher energies could flow, which is a potentially more healing mode, spiritually speaking.

Having studied Steiner’s teachings on speech and drama in depth, as well as his teachings on spirituality and meditation, my take on the matter is that this particular movement has faltered due to its practitioners placing emphasis squarely on the technique, and not, as Steiner suggested, doing the spiritual work. This method requires an exceptional purification of the soul, such as only previously embodied in history by ascetics, monks, and the priests in the mystery schools of spiritual enlightenment. And yet such a pure state of soul must be maintained smack-dab in the middle of messy, modern ordinary human society. It’s a drastically tall order.

Furthermore, all of Steiner’s work easily lends itself to talkers of the talk. Steiner’s fundamental teaching is summed up in a few words: “Take 3 steps in the moral sphere, before you take one in knowledge.” In other words, work on one’s character and moral stature. The new classical actor’s moral character must be raised to a high standard. It’s nearly impossible to walk this walk. But that’s the path to be walked, for modern actors, that Michael Chekov, with his concept of the four temperaments, was seeking to establish.

As far as I know, there is only one performing arts troupe that has achieved the level of purity that Rudolf Steiner envisioned, and it’s not the new dance form of eurythmy that Steiner also founded, but a group with similarities to eurythmy, namely, the classical Chinese dancers of Shen Yun. The incomparably powerful audience-healing capabilities of Shen Yun are slowly coming to the public awareness.