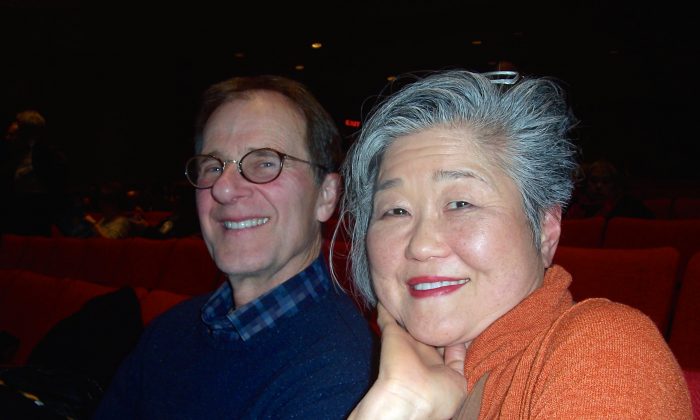 Among the audience members on the opening night was David Beckman, accomplished playwright and poet, nominated for the 2012 Pushcart Poetry Prize and known for his play entitled Becoming Walt Whitman about the famous 19th century American poet Walter Whitman.

Prompted by a wish to take his niece and nephew to an interesting show and considering they were studying China at school, all the stars aligned when Mr. Beckman saw an advertisement for Shen Yun.

Among the highlights of the performance for Mr. Beckman were the vocal performances, performed by Shen Yun’s award-winning vocalists who use the bel canto style to sing Chinese lyrics.

“Brimming with philosophical reflection about human life and containing deep layers of meaning, the texts go beyond the boundaries of nation, race, and culture, and have been fondly received and appreciated the world over,” explains Shen Yun’s website about the lyrics.

Mrs. Beckman said that she enjoyed the dances, beautiful colors, and learning about China’s history through the performance.

“I love the combination of history and dance,” Mrs. Beckman said, “I feel I’m learning about the history of China.”

She added, “I’m really impressed with the quality of the dancers, technically they are beautiful. It’s at a very high level.”

According to the Shen Yun website, classical Chinese dance, which is at the heart of Shen Yun’s performances, has a history going back to thousands of years. The art form has been “passed down continuously within the imperial palace and ancient Chinese theater and opera. Soaking up profound wisdom from every era and dynasty, it has become a complete system of dance embodying traditional aesthetic principles with its unique dance movements, rhythms, and inner meaning,” says the Shen Yun website.

“I’ve never seen Chinese dance before … and I’m really impressed with the quality of the dancers. Technically they are beautiful.”