‘Back to the Future’ Director, Robert Zemeckis, Says Shen Yun Is ‘Exciting and Moving’ 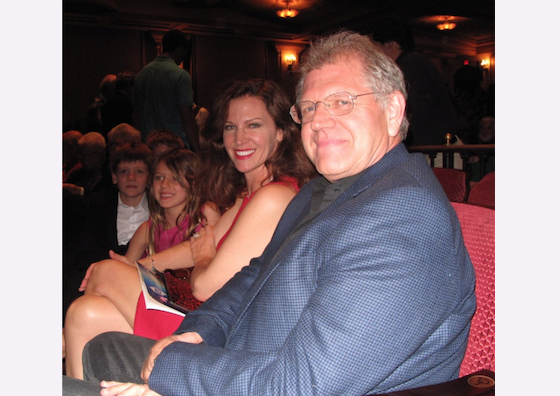 SANTA BARBARA, Calif.—Academy Award winner Robert Zemeckis and his wife Leslie Zemeckis attended the opening night of Shen Yun Performing Arts at The Granada Theater, on March 29. The historic Granada Theatre is a world-class venue with a rich heritage, which adds immeasurably to the spirit of Santa Barbara.

Mr. Zemeckis is a celebrated director and producer with multiple Oscars to his credit. His list of film credits reads like a “Who’s Who” of Hollywood successes: Forest Gump, The Castaway, Romancing the Stone, Who Framed Roger Rabbit, the entire series of Back to the Future films, and The Polar Express, to name a few.

Mrs. Zemeckis is an actress and a producer with a passion for research and living an ecologically sustainable lifestyle. Her film credits include animated blockbusters The Polar Express, Beowulf, and A Christmas Carol with Jim Carey.

Mr. Zemeckis shared some of the feelings he had while watching Shen Yun’s evening performance.

“I think it’s exciting and moving,” he said. “Moving in a compelling way. It makes you want to watch.”

Storytelling is a recognized and valued art form in every culture. Shen Yun’s website explains, “Through the universal language of music and dance, Shen Yun weaves a wondrous tapestry of heavenly realms, ancient legends, and modern heroic tales, taking you on a journey through 5,000 years of Chinese culture. Its stunning beauty and tremendous energy leaves audiences uplifted and inspired.”

The 5,000-year-old ancient culture of China was founded in principles based in Buddhism and Taoism. According to the Shen Yun website, “China was once known as Shen Zhou—The Divine Land. This profound name describes a land where deities and mortals coexisted, and a belief that the divine transmitted a rich culture to the people of the earth.”

Mrs. Zemeckis favored the beauty of the dancers and the dance.

“Chinese dance is at the heart of what Shen Yun does. Known for its incredible flips and spins, and its gentle elegance, it is one of the most rigorous and expressive art forms in the world,” says the Shen Yun website.

Mrs. Zemeckis said that the dance is “very fluid. A lot of acrobatics, which I didn’t know.”

She summed up her feelings about Shen Yun: “I think it’s great.”

Not only was Shen Yun’s opening night sold-out, but throughout the evening enthusiastic cheers from the audience highlighted their delight with Shen Yun’s performance.