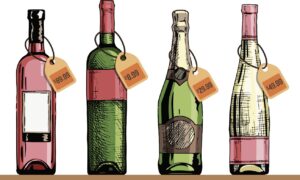 Why Some Wines Are Pricey
0
Share Now
TelegramFacebookTweetEmailTellMeWeReddit
Copy Link 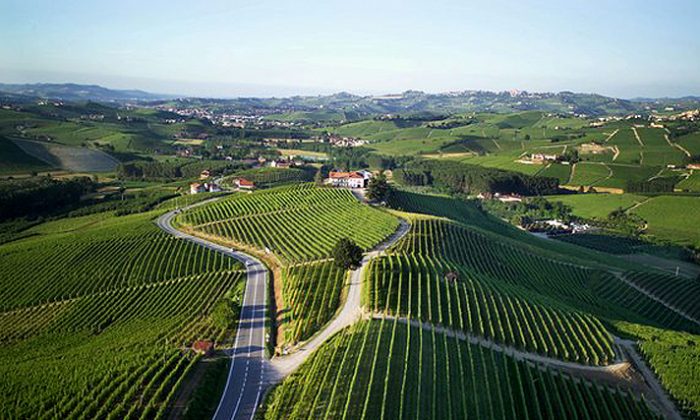 The 84 hectares of Cannubi Hill vineyards are located just north of the village of Barolo in Italy. (Manos Angelakis)
Drinks

A Wine of Kings: Barolo Cannubi

Barolo wines are made in Piedmont, predominantly from Nebbiolo grapes and are often described as one of Italy’s greatest red wines.

In the late 19th century, dry red Barolos became a favorite among the Piemontese nobility and the ruling House of Savoy, giving rise to the popular description of the wine as “the wine of kings; the king of wines.”

Along with Vino Nobile di Montepulciano and Brunello di Montalcino, Barolo is one of the first Italian wines to have attained DOCG (Denominazione di Origine Controllata e Garantita) status on July 1, 1980.

Like many other Italian winemaking regions, there are many vineyards in the general Barolo growing area that make Barolo wines, but there are two sub-regions—Cannubi (or Canubbi) and Sarmassa—that are considered as producing the greatest Piemontese wines from 100 percent Nebbiolo grapes.

Surrounded by higher hills, the Cannubi region’s 84 hectares of vineyards are located just north of the village of Barolo, and capture the morning sun. The vines are protected from storms and extreme wind and benefit from an unusual terroir and microclimate.

The grapes grown on the slopes of the hill create an initially austere, but complex wine with an intense, warm flavor. Many of the top Piemontese wine producers have parcels on Cannubi, and proudly proclaim on their labels that the Barolo wine in the bottle is a Cannubi Barolo.

Through the years, I have been lucky enough to have had a number of Cannubi Barolos, from the different producers that share the hillside. The most recent ones all have a striking ruby/garnet red color with orange highlights and rim, profound aromatic complexity and soft tannins, compared to the Barolos I tasted 20 years ago. These wines are best served with a rich dinner of heavy Italian food or dishes that are strong in flavor, like truffled dishes and game.

My most recent acquisition is Damilano’s 2008 Barolo Cannubi ($85, but I found it discounted as low as $58 per bottle).

A single vineyard wine (Damilano owns 5 acres and rents another 19 acres on the Cannubi hill), full bodied—I’ve heard it described as a massive wine—with pronounced though a bit jammy aromas of black cherries, raspberries, and spices, and hints of tobacco, licorice, and cedar.

The silky persistent finish leaves a lasting impression. Roasted quail, pheasant, or truffled risotto would pair very well with this exceptional Barolo, but a charcoal roasted, Mediterranean-herb coated, leg of lamb would not be out of the question either.

Marchesi di Barolo, one of the largest wine producers in Piedmont, also makes an exceptional Cannubi wine. Since 1996, superb vintages have been had almost every single year—with the exception of 2002. In 2008, beginning in late August, the late-ripening Nebbiolo grapes were blessed with more than 51 days of excellent weather, enabling the grower to harvest, once the grapes had reached optimal maturity.

Acidity levels were notably higher in the 2008 wines than in their counterpart from the previous season, making for wines with classic freshness that show the richness, depth of flavor, and ripe tannins that have characterized these phenomenal wines.

The 2008 bottle that I tasted showed deep, alluring aromas and fruit that is very ripe but pure and fresh. At an $160 per magnum, it is a rather pricy acquisition, but I found it discounted as low as $100, and for a magnum that is an admirable price, considering that a 750 ml bottle often sells for about $89. It is an ideal pairing for red meats, game, sharp cheeses and shows best with the local cuisine.

Of the five major parcels that form Cannubi, Michele Chiarlo owns 4.5 acres of vines that are more than 20 years old. Chiarlo’s Cannubi plot is the first Barolo vineyard planted to terraces, which were created to maximize an exceptional hillside exposure.

Chiarlo’s Barolos stress elegance rather than power and the Cannubi—which is not aged in barriques—is a gorgeous garnet red wine with yellowish-brown highlights, licorice and spice aromas and flavors on an elegant full body with ripe tannins typical of this vineyard.

Manos Angelakis is a well-known wine and food critic based in the New York City area. He has been certified as a Tuscan Wine Master, by the Tuscan Wine Masters Academy, as well as being an expert on Greek, Chilean and Brazilian wines. He judges numerous wine competitions each year and is the senior Food & Wine writer for LuxuryWeb Magazine www.luxuryweb.com and The Oenophile Blog www.oenophileblog.com