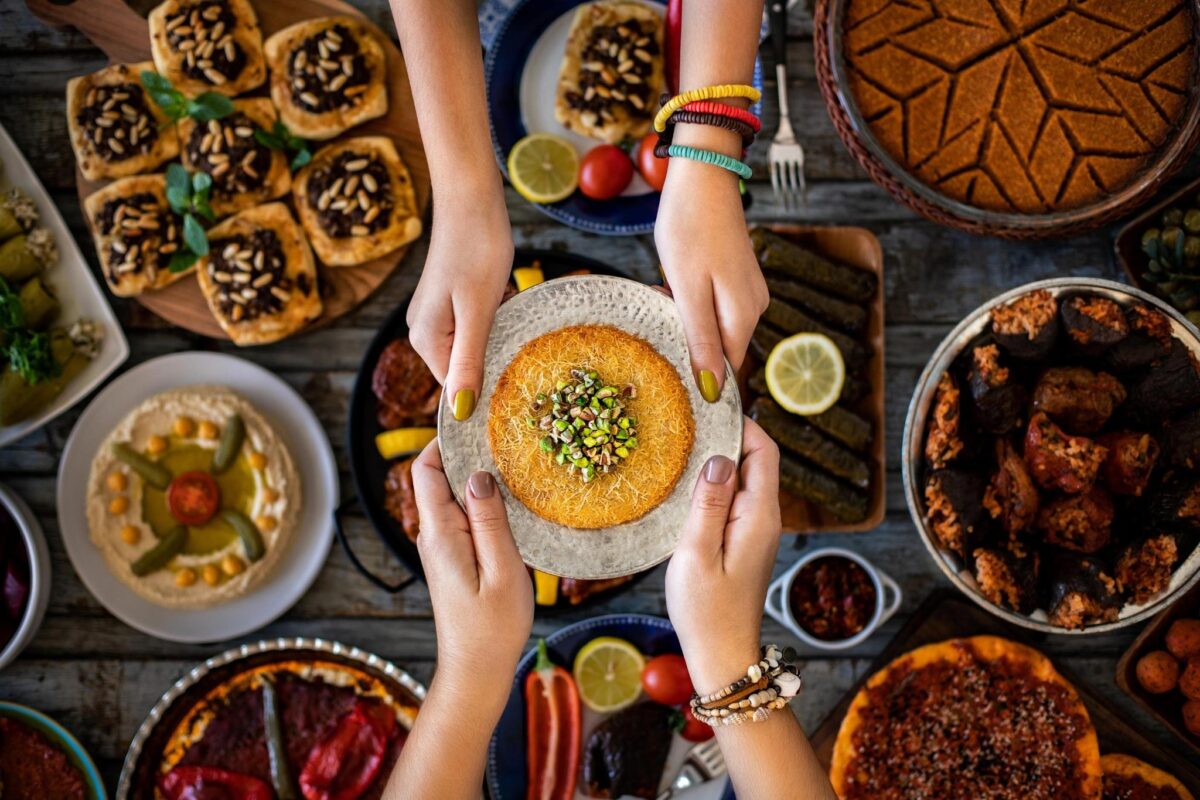 Expressing warmth and care through sharing food is common to cultures around the world. (Gulcin Ragiboglu/Shutterstock)
Food

A Universal Language of Generosity: On Sharing Food and Love With the People of the World

It would seem that this tradition is fairly common throughout the world, however. Sharing is caring, as the saying goes. Giving food and drink is a way to communicate this, irrespective of our background, culture, or language. To “break bread” has deep-rooted meaning and alludes to a history of making sure no one is left hungry. To nourish another human being is to nurture their health and happiness. Time to put that kettle on!

During my travels around the globe, I’ve experienced incredible generosity from the local people. Over and over again, I’ve been touched by the kindness of others—often people of very humble means who were determined to share what little they had. I’ve been welcomed into countless homes and deeply humbled by the selfless giving. This giving has been in the form of neighbors in India plying me with crispy snacks and cups of sweet, beautifully spiced masala chai; sweet treats and dried fruits being given in the Middle East; and phone calls from wonderful friends in Japan demanding my immediate presence at their home to partake in the most delicious of feasts.

Maybe it’s because I’m tall and thin, and possibly, in some people’s eyes, look like I’m in need of a good meal. Either way, it has truly been an honor to be on the receiving end of so many culinary treats made with love.

To accept the local cuisine on offer has always, in my experience, been met with delight. It does, after all, show a willingness to try something unfamiliar and to do so with gratitude.

Of course, not all the “delights” offered are as appealing as a slice of cake or a cup of tea. Each culture has its own idea of what’s delicious. Each has a different range of food resources available to them. What’s seen as a typical item in terms of refreshment to offer a guest in one country could be seen as highly unusual or even unpleasant in another. Let’s face it, a slice of cake isn’t the norm everywhere!

Although I’m a great believer in being honest and upfront, sometimes a diplomatic poker face is needed to mask (or attempt to mask) a visceral reaction to a highly unusual, yet generously given food item. While traveling in Mongolia, friends and I were invited into a ger (a traditional round tent dwelling) by a family with whom we couldn’t share a single word. Attempts at greetings were made and refreshments given.

We were offered a white drink and stone-like cheese lumps to share. I now know the items to be airag (fermented horse milk) and aaruul (curdled and dried cow, yak, or camel milk). Picture, if you will, a game of “hot potato” at a children’s party. Neither item stayed in anyone’s hands for more than a few seconds, such was our desire to palm them off to our fellow travelers.

The family had graciously welcomed us into their home and bestowed upon us the refreshments available to them. Their kindness was beyond measure. The taste of fermented horse milk, however, is now also forever etched into my memory.

It has occurred to me over the years, that in countries where the majority of people live by meager incomes, the greatest generosity can be found. While living in India, I built friendships with several families whose income was considerably less than my own. What struck me each time was that each of these families would make it their mission to feed me up when I visited. Bowls would almost overflow with fragrant, savory rice, stews, and dhal, and stacks of hot chapatis. “Eat well!” would be repeated in a bid to encourage me to help myself to more.

Each morsel was a pure delight (who doesn’t love Indian food, especially if it’s homemade?), but I couldn’t help feeling guilty at the thought of the money they’d spent on it—money they’d probably struggled to earn. Of course, when visiting, I’d take a variety of homemade cakes which were always met with excitement, but in no way did I struggle to pay for the ingredients. Their generosity was quite overwhelming, and I felt extremely privileged.

Personally, I love giving food, and my friends and family clearly share this sentiment. For me, to cook for another is a way to show my love for them. It could be a home-cooked dinner eaten together, a boxed lunch to be taken to work, or a basket of cookies, cakes, and sweets given as a birthday or Christmas gift. Food is love, and love is food. The two go hand in hand. Make sure to pass that message on!