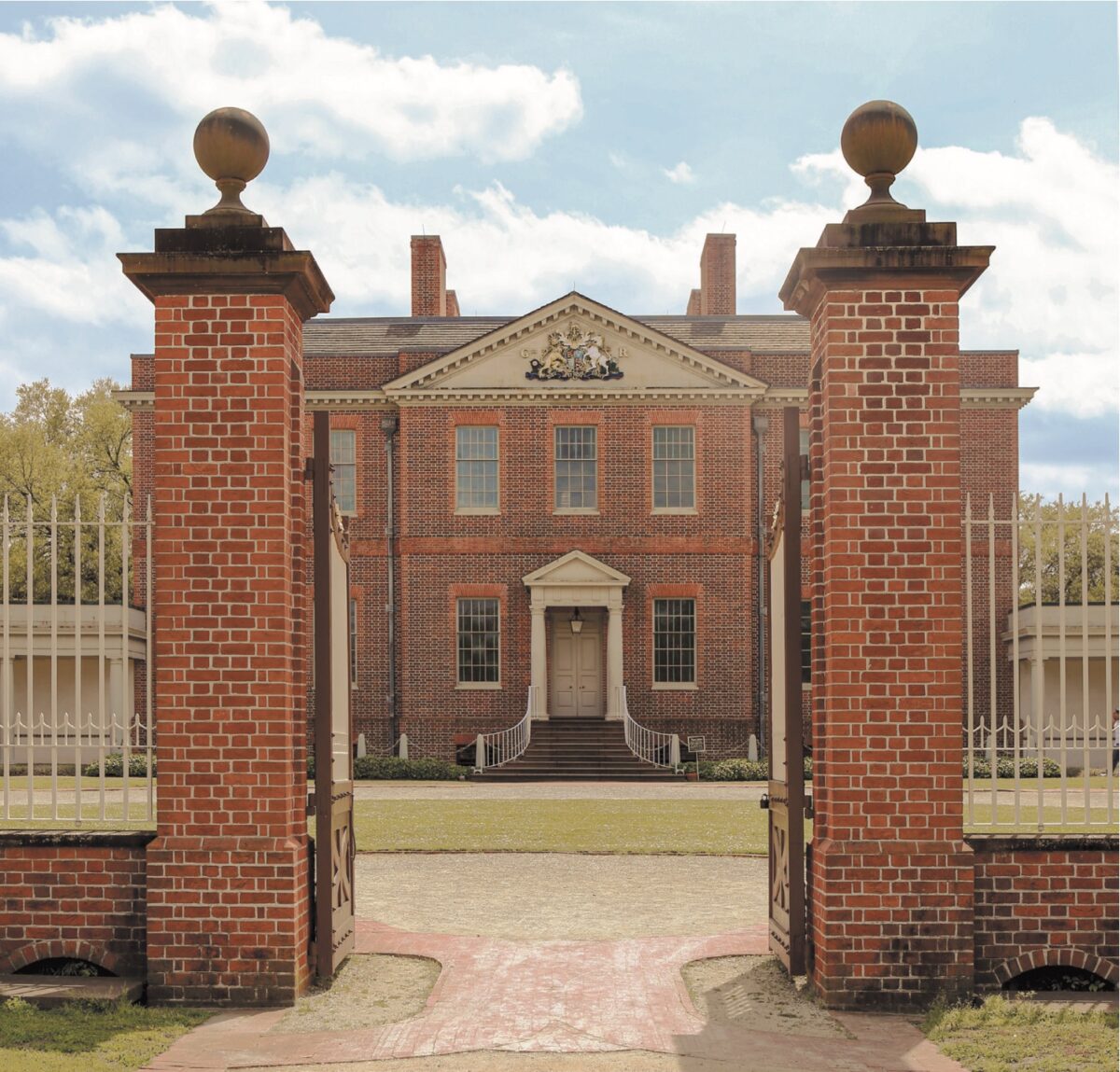 A Tour Through North Carolina’s Tryon Palace, Once Known as the Finest Government House in Colonial America

North Carolina’s Tryon Palace was once known as the finest government house in colonial America. Completed in 1770, only years before the Revolutionary War, the palace was built for British royal governor William Tryon. The price of building the palace met with controversy and added to conflict in the Colonies. During the war, it became the first Capitol of North Carolina and home to the first governor of the new state. The palace’s eventful and storied past has seen it lavishly decorated, stripped for materials, looted, abandoned, burned, covered over, and eventually rebuilt.

Only the west wing of the palace, originally the stable office, survived the ravages of time. Prior to reconstruction, the main building’s foundations had to be excavated from beneath a road that had been built above them. In fact, a whole community of other buildings had been built on the former palace grounds adjacent to the Trent River in New Bern, North Carolina. It wasn’t until the 1950s that a large reconstruction effort included the removal of 50 deteriorating buildings and the excavation of the original foundations upon which the architectural plans of Tryon Palace were subsequently resurrected.

An English architect named John Hawks traveled with William Tryon to New Bern in 1764. Tryon wanted Hawks to execute his vision of creating the greatest architecture in the colonies. As part of that effort, Hawks became the first professionally trained architect in North Carolina. He brought with him a wealth of experience, education, and the influence of English Georgian-style architecture. Inspired by the symmetry and affluence of country houses near London, Tryon Palace brought European sophistication to the colonies.

Tryon Palace’s design borrows from English Palladian mansions. The main building has a pedimented frontispiece hearkening back to the Palladian architecture of Venice and beyond. Colonnades curve out from the main structure to symmetrical side structures, or wings. This creates a courtyard space which faces the street and a royal entranceway. The palace is backed by the beautiful Trent River. A collection of gardens beautifully accentuates the buildings throughout the grounds.

The palace’s first brick was set on August 26, 1767. The Tryon family moved in three years later in June 1770. Hawks delivered on schedule, but the project greatly exceeded its original budget. Costs stacked up, and the budget tripled by the time it was completed. The whole project met with the great disapproval of North Carolinian colonists, and for good reason. After all, they were the ones paying for this highly unorthodox mansion. Inspiring their outrage, the money was sourced from a newly imposed levy on alcoholic beverages and a poll tax.

A group of dissidents known as the “Regulators” protested the taxes, stating, “We are determined not to pay the tax for the next three years for the edifice or Governor’s house. We want no such house, nor will we pay for it.” Royal governor Tryon didn’t listen to the dissidents. Prior to the onset of the Revolutionary War, the Regulators battled Tryon’s militia at the Battle of Alamance. Many men were killed, injured, or taken prisoner in the process. The rebellion was unsuccessful but demonstrated the growing unrest of colonists living under English rule.

Prior to the palace’s completion, a major hurricane hit New Bern in 1769 and destroyed a majority of the buildings in the area. Hawks’s brick palace survived. Several governors later, the war came and took a toll on the palace’s condition. Eight tons of lead was used in the palace’s construction, much of which was removed to melt into musket balls for the war effort. After the war, valuables were stolen from the palace and uninvited guests claimed the palace’s governmental rooms as shelter. The state capital was moved to Raleigh in 1794, leaving the palace to be rented out to a private school, a masonic lodge, and a boarding house. Four years later, the main building of the palace was destroyed when hay in the cellar caught fire in 1798.

John Hawks was spared seeing his palace burn. He passed away in 1790 at age 59 after having had a successful career in North Carolina. Hawks rose to prominence in New Bern and was involved in civic affairs. Despite his English roots, he went on to become a part of the patriots’ cause. In addition to a successful architectural career, he married into the wealthy Rice family, had children, and served on the Council of State.

By 1945, most of the palace site was a distant memory. It had been covered over by more than 50 houses that were said to be in a state of disrepair and ready for demolition. The surviving wing had been converted into an apartment building during the Great Depression. A woman named Maude Moore Latham remembered playing in the west wing of the palace as a child and committed a fortune to getting the whole project rebuilt.

The Tryon Palace Commission was formed, and it used her endowment to move the large undertaking forward. The original foundations were excavated, and builders followed Hawks’s original architectural plans, which were found in the New York Historical Society Library. North Carolina’s first Capitol was rebuilt over many years and opened to the public in 1959.

Now open daily, the palace preserves a glimpse into America’s colonial past with its authentically restored structures, manicured gardens, and guides dressed in period attire.