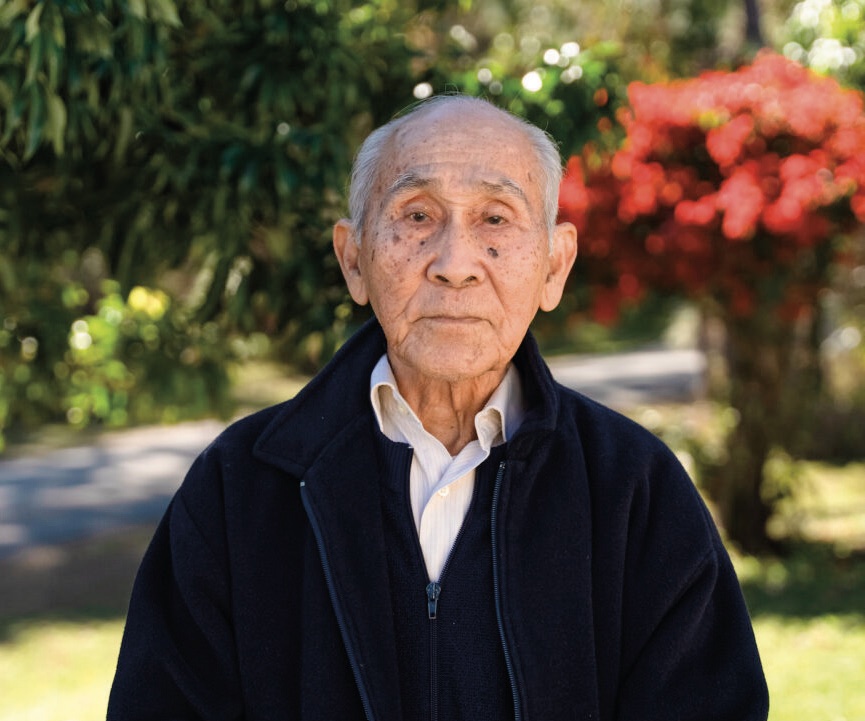 The writer’s father, who escaped Cambodia with nothing but the clothes on his back and a handful of rice. (Courtesy of Channaly Philipp)
American Essence

Captured by communists bent on remaking society by force, my father had but one goal in mind: to escape and let the world know the truth
BY Channaly Philipp TIMESeptember 16, 2022 PRINT

When I was younger, my father regaled me with stories of his childhood in Cambodia so vivid I felt I could touch or taste them—golden candy made of palm sugar, water buffaloes lumbering through rice paddies (and oh, the leeches that would grab onto your legs!), greens you’d pick at the edge of those same paddies for lunch, and dessert at the ready, from trees heavy with sweet mangoes, right at his front door. What captured my imagination most was the unique phenomenon that occurred every year with the arrival of the monsoon rains in the summer. When that happened, the waters of the Mekong River would swell over its banks, and the already huge Tonlé Sap Lake would double its area and triple its volume, even causing the river to reverse course. Houses in the area were built on stilts to deal with the annual flooding. When those waters slowly retreated, they left behind an abundance of food in unexpected places: You could literally pick the fish that had been making their homes in the then-submerged tree branches.

His childhood, like much of the country, was cash-poor but incredibly rich in natural resources.

In the ensuing years, my dad, who was the youngest of 8 and had been fatherless since the age of 2, showed academic promise. After learning his letters at the local temple, he went on to earn a scholarship to study medicine in Paris, France—a long way from home for a village kid.

When he returned, he was one of the country’s very few physicians, and he would treat anyone from farmers (who sometimes paid in fruit) to neighbors to the royal family.

In the early 1970s, darkness swept in. The communist Khmer Rouge stoked division and resentment against landlords and landowners and presented a vision of a grand Maoist agrarian utopia, where everyone would be equal and farm the land.

On April 15, 1975, the Khmer Rouge made a bold move, seizing the capital of Phnom Penh. They urged residents to leave, saying that the “imperialist” Americans were coming to bomb the city.

In the space of three days, the city became a ghost town.

When my father had taken leave of his elderly mother that morning, she waved him off: No need to say goodbye, we’ll see each other soon for lunch, she told him.

My father was working at the hospitals when the Khmer Rouge soldiers, many of them very young, and armed with their AK-47s, told staff and patients to leave at gunpoint. The implications were clear: The patients who were too weak to walk would have to stay. My father still remembers the babies and toddlers that he knew were going to die within hours without care. The long-suffering look in their eyes is something that never left him.

The mass exodus out of the city and into the countryside was slow. There was no food—people were left to their own devices. Death came for the weak, the sick, the elderly, and the very young. Death came quickest to them, and then slowly to those who were laboring in service of that impossible communist dream, through forced labor and starvation. My father remembers the extremely limited rations of a spoonful of rice a day—and people having to forage whatever they could find. For city people, that was a death sentence.

The pall that shrouded Cambodia meant that no one in the world outside its borders—all foreigners but the Chinese had been kicked out—knew what was happening within.

The Khmer Rouge got to work on remaking history, renaming the year 1975 to year 0.

There are too many stomach-churning stories too horrible to repeat here; it’s enough to say that the cruelty that had taken over the perpetrators was monstrous and inhuman.

My father’s profession was revealed by a neighbor of his, a former jeweler, and normally that would have meant automatic death. That was the fate of anyone who had any high school education or more—or who wore glasses. But my father understood the mentality of his captors and meekly told them all he wanted to do was to grow rice all his life and devote himself to the communist cause.

In his mind, it was another story. He was determined to tell the world what had befallen his beloved country. But to do that, he had to get out.

Several months into his ordeals, he was living in a village where he chanced upon some life-changing articles—in magazines meant as toilet paper.

One was a Reader’s Digest essay on the nature of courage. Another was about how to survive in the wilderness.

One year after seizing the capital, the Khmer Rouge decided to celebrate this anniversary. It was at night, under cover of darkness, that my father made his escape.

With nothing but the clothes on his back and a handful of rice he’d been surreptitiously diverting over the course of a few days, he set out, walking by night and sleeping by day in the trees, staying out of human sight as much as possible.

He walked toward Thailand. That journey alone merits a book, but it’s enough here to say that by the 22nd day, he was very sick with malaria and had wounded his foot badly enough that he decided to turn himself in.

It was to an old farmer, who told him in Cambodian, but with a Thai accent, that he had made it to Thailand. From there, he went to France, where he gave media interviews wherever he could. The accounts were so awful that the press had a hard time believing him, until more reports of emaciated people at the Thai border began to emerge.

When Cambodia was reset to year 0, its culture and religion vanished overnight. An estimated 1 to 3 million people died. Who knows if it will ever fully recover its culture and heritage?

Eventually, years later, like many immigrants, we came to find a welcome at America’s door.

To me, my father’s life always held a lesson about finding the courage to do what is right, and tell the truth in the midst of darkness.

Sometimes keeping goodness alive takes a grand act of courage, but sometimes goodness is also in the little everyday acts that keep intact our way of life, our liberties, and our traditions within our families and communities.

My father, now 88, lives in Florida with my mother. He has criticized the communist Cambodian government and knows he can’t go back anymore. He loves his motherland, but here in this free corner of America, on a sandy patch of Florida where hurricanes sweep through every few years, the mango trees they planted—a variety from Cambodia—have grown strong.

Every summer, they bless us with abundant fruit. They are shaped like tears but are incredibly sweet—even when they look green on the outside. My father and my daughter often pick mangoes together, using a long tool that could double as a lacrosse stick.

They also love to watch reruns of “Scooby-Doo” together.

On the phone, he calls her: “Scooby!”

“Shaggy!” she calls him back.

Dealing with bogeymen who are revealed to be criminals, the duo always gets into and then out of scrapes, but they always bring the bad guys to justice.

“There’s always a way out of a problem,” he likes to tell her.

He also tells her: “Be someone.”

All his life, he has been someone who has stood for something—for goodness and for truth.