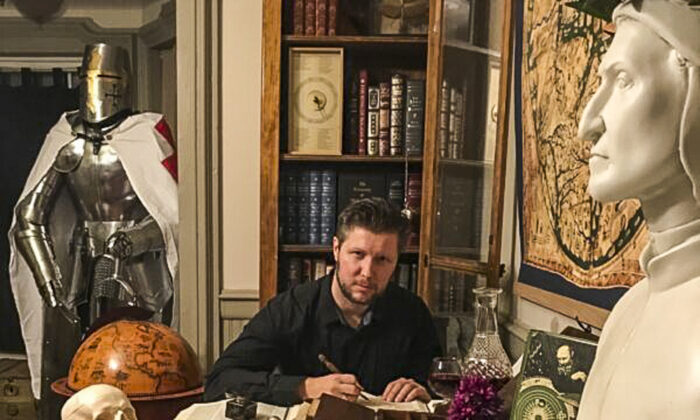 One of the lessons of history is that it is difficult to predict in advance who are truly the important people of the day—be they politicians, philosophers, artists, musicians, novelists, poets, or in any area of human endeavor. My favorite example of this is Shakespeare. While he was a huge commercial success as a playwright—groundlings and aristocrats alike seemed to have loved his plays—the idea that he was the “immortal bard” or one of the greatest English poets who ever lived would have seemed, almost certainly, laughable to most of his contemporaries (Ben Jonson’s tribute excepted).

The proof of this assertion seems to be in the difficulty we have constructing his biography. Clearly, very few people saw him as being noteworthy; hence the “lost years” and many other lacunae besides in his life’s story.

Who Will Stand the Test of Time?

At present, we ask ourselves, who are the poets of today whose reputations will stand the test of time once the vested interests of commercial publishers, academic lobbies, political pressure groups, and social media brigades have past. Who will rise to the top when a new generation sees the field afresh and with unbiased and uncluttered eyes?

In order to establish, though, who the poets are who will endure, we have to have a clear idea of what poetry is essentially. W.H. Auden, by general consent a pretty important 20th-century poet, writing in the 1970s observed: “I can’t understand—strictly from a hedonistic point of view—how one can enjoy writing with no form at all.”

Robert Frost, another indisputably great master, wrote: “I would as soon write free verse as play tennis without a net.” Finally, as Filipino poet José Garcia Villa noted a generation ago: “Much of what passes as ‘poetry’ these days is self-expression, which is nothing but romantic infantilism and baby talk.” Villa insisted on form. The essential nature of poetry, then, is form.

Thus, we can confidently assert that most of the poetry published today and applauded—usually because of its meme-like quality in asserting political truisms—because it is “free verse,” because it lacks form, and so lacks music and beauty, will not be the classics of tomorrow. That the people-to-come will want real poetry and will be mining our contemporary scene for the gems that are not currently apparent—but which are there—is a given.

One such gem is the recently published poem “Legends of Liberty” by the Missouri poet Andrew Benson Brown. I first encountered Benson Brown’s work on The Society of Classical Poets’ website and was immediately impressed, so much so that I offered to write an introduction to the work when it was published!

Here we have a true American poet who is totally nonmainstream but is using form to explore American democracy, to investigate and comment on the War of Independence (which, as a Brit, I like to call the English Civil War, part 2!), invoking classical literature and myths for serious and comic effects, and generally providing a text that is outrageously interesting, gripping, and very funny. Indeed, this poem should be taught in American schools and colleges as there is so much in it that is educational from a poetic, historic, and political point of view (and other points of view too!).

The beauty is, this is not some prepackaged concoction that insists that we believe this or we believe that. This poem invites serious thinking and serious debates.

The form of the poem is mock-epic in a modified (and consistent) style of Byron’s “Don Juan.” Why, then, do I think it is great? First, because of its ambition: It is a wonderful narrative poem that sustains its momentum from beginning to end—that is, for over 100 pages. (And, by the way, the illustrations in the book are superb, too.) Quite an achievement.

Second is the technical test: This relates to syntax, meter, sound effects, and so on. How deftly are these handled? Clearly, this is too much to cover in this short overview, but I think that of all these technical issues the most important for a mock-epic à la Byron is the rhyming; for “Don Juan” is so funny precisely because of its rhyming prowess. In Canto XI stanza 55, Byron writes:

Even I—albeit it I’m sure I did not know it,
Nor sought of foolscap subjects to be king,—
Was reckon’d, a considerable time,
The grand Napoleon of the realms of rhyme.

Byron is the “grand Napoleon of rhyme.” Can Benson Brown match any of this? Yes, he can. His poem is wonderfully inventive and very funny because of the fecundity of rhyming that he deploys. Four examples will suffice:

Where honor, valor, loyalty are slandered,
Utopias are raised without a building standard.
(chapter 1: Invocation)

Why there’s Voltaire, Rousseau, and Diderot.
And here, I think, is someone that you know.”
(chapter 2: Thomas Jefferson in Hell)

—“Why yes, it is her favorite jiggumbob.
But now the hour is late—you’re needed for a job.”
(chapter 3: The New-World Mercury)

One need hardly comment on any of these examples as they are self-evidently funny and strained, as many of Byron’s were; inventive too. For example, in stanza 22 of Canto I (“Don Juan”), the narrator pokes fun at overbearing women. The stanza concludes: “Oh ye lords of ladies intellectual,/ Inform us truly, have they not hen-peck’d you all?’ A strained rhyme or what? And note, too, that some of Benson Brown’s lines here have an aphoristic quality: “Utopias are raised without a building standard.” More on aphorism shortly.

Do We Quote It?

This leads to a third point: Namely, a key test of outstanding poetry—possibly of great poetry—is what I call “the quotability quotient.” I notice that the great poets of the past—and clearly Shakespeare preeminently—are always being quoted. It’s one line, sometimes two, but somehow we call their words to mind when reality confronts us, and they seem to have encapsulated it somehow in anticipation of our predicament.

Before giving an example, let me just note that this is the opposite of today’s modernist and postmodernist poets: Who quotes them? Except when they are being reviewed by their friends in trendy journals, nobody. Whereas, Robert Frost, for example, we quote all the time—“Good fences make good neighbors,” “And that has made all the difference,” “And miles to go before I sleep,” and so on.

Another way of putting this is that really good or great poetry often has an aphoristic quality, and this tendency was itself expressed by a great poet, Alexander Pope, some 300 years or so ago: “What oft was thought but ne’er so well expressed.” Exactly—great poets write about reality. Let me, therefore, show you three wonderful aphorisms from Benson Brown’s poem:

Beneath the surfaces of things, even false things, there are truths we can apprehend; this is very succinctly and powerfully put.

I have quoted the preceding line here to indicate the authority of Dante speaking, but what a stunning, concise expression: “No melodies …”

Finally—for there are dozens more of these aphoristic lines—something in the modern world that we are all too familiar with: the diplomats and their almost unbreakable association with hypocrisy. The satire here is almost independent of its context; we know this to be true.

Before leaving Benson Brown’s aphoristic power, it needs be said that this fact arises because his poetry is about something; it means something. That is so refreshing in these times.

Therefore, I strongly recommend Andrew Benson Brown’s “Legends of Liberty.” I believe he is an important and original American poet. One—and hopefully there will be others—who is pushing back against the flabby standards, or lack of standards, that have come to characterize the “infantile” verse that passes for poetry today.