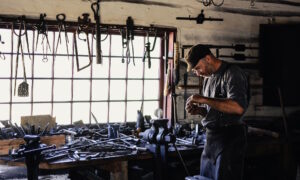 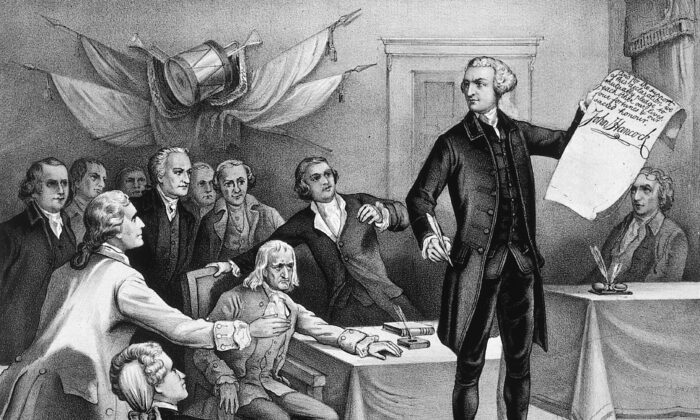 This past fall, President Donald Trump founded the 1776 Commission, charging its members with the task of “cultivating a better education among Americans in the principles and history of our nation.” On Monday, Jan. 18, the commission released its “1776 Report.”

On Wednesday, Jan. 20, on his first day in office, newly elected president Joe Biden signed an executive order disbanding the commission and withdrawing the report, which had already drawn the wrath of certain progressives. Here from the Chicago Tribune is just one example of these attacks:

“In its report, which Trump hoped would be used in classrooms across the nation, the commission glorifies the country’s founders, plays down America’s role in slavery, condemns the rise of progressive politics and argues that the civil rights movement ran afoul of the ‘lofty ideals’ espoused by the Founding Fathers.

“The panel, which included no professional historians of the United States, complained of ‘false and fashionable ideologies’ that depict the country’s story as one of ‘oppression and victimhood.’ Instead, it called for renewed efforts to foster ‘a brave and honest love for our country.’”

The newspaper cites the objections of several university historians, with one of them describing the report as “a sixth or seventh grade kind of approach to history—to make the children feel good.”

So I decided to read “The 1776 Report,” which you can find on the Hillsdale College website, and see what I might find.

A Vision of Past and Present

The report begins by noting that the purpose of the commission is to “enable a rising generation to understand the history and principles of the founding of the United States and to strive to form a more perfect Union.” The commission then adds, “This requires a restoration of American education,” and “a rediscovery of our shared identity rooted in our founding principles….”

In the remaining paragraphs of this Introduction, the authors address the present divisions in our country, admit that America has not always lived up to its ideals, and stress the importance of studying the documents and history behind the founding of our nation. By doing so, they contend, a student who is grounded in these concepts will “become a better person, a better citizen, and a better partner in the American experiment of self-government.”

If we read this Introduction, we find that the authors are interested in imparting knowledge of American history to students and the rest of us while at the same time reviving a love for the American Dream of liberty and justice.

In the next two sections of its report, the commission analyzes the creation of the Declaration of Independence and the Constitution. In these pages, the members of the commission give us a succinct and clear account of the history behind these documents, citing Americans from the Founding Fathers to Martin Luther King Jr.

I’ve read a good amount of history throughout my life—I majored in history in college and afterward completed two years of graduate studies—and I am confused by the critics who attack “The 1776 Report” as sophomoric. The commission presents a history of both the Declaration and the Constitution remarkable for its detail, its grasp of the difficulties faced by the Founders, and its brevity.

Here I can only conclude that these assailants were angered by the commission’s stouthearted defense of these cornerstones of our liberty, including the explanations regarding our First and Second Amendments, and for the use of the word “patriots.”

The first pages of next section, “Challenges to America’s Principles,” deals with slavery.

In regard to slavery, “The 1776 Report” includes condemnations of slavery by men like John Adams—“a foul contagion in the human character”—and even by the slaveholding Thomas Jefferson, who as the commission notes, said of slavery: “I tremble for my country when I reflect that God is just; that His justice cannot sleep forever.”

The report also states: “The foundation of our Republic planted the seeds of the death of slavery in America. The Declaration’s unqualified proclamation of human equality flatly contradicted the existence of human bondage and, along with the Constitution’s compromises understood in light of that proposition, set the stage for abolition.”

America ended slavery through a bloody civil war, finally kicked the bigotry of Jim Crow to the curb, and now is home to people from countries around the world. We can never live in a perfect world, but we can rightfully take pride in our long march away from racism and prejudice.

But as the report states: “Yet the damage done by the denial of core American principles and by the attempted substitution of group rights in their place proved widespread and long-lasting. These, indeed, are the direct ancestors of some of the destructive theories that today divide our people and tear at the fabric of our country.”

In the rest of “Challenges to American Principles,” the writers look at progressivism, identity politics, fascism, and communism. They offer an excellent synopsis of those last two ideologies, which so many Americans died fighting in various wars. They point out that our American principles stand in stark contrast not only to those failed totalitarian systems, but also to today’s ideas of progressivism and “‘protected classes’ based on race and other demographic categories.” The authors contend that the intrusion of identity politics into our government and our public forum diminishes our individual liberties and increases the bitter divisions we see today among our people.

They also note the development of a vast American federal bureaucracy over the past century, of which they write: “This shadow government never faces elections and today operates largely without checks and balances. The founders always opposed government unaccountable to the people and without constitutional restraint, yet it continues to grow around us.”

Given this assault on what some call the Deep State, it is little wonder that “The 1776 Report” suffered such a bombardment of criticism.

Yet it is the final section, “The Task of National Renewal,” that surely brought the blowback and quick cancellation of “The 1776 Report.” Here, for example, the writers take to task our universities for being “hotbeds of anti-Americanism, libel, and censorship that combine to generate in students and the broader culture at the very least disdain and at worst outright hatred for this country.”

Here, too, and this astonished me, the commission emphasizes the role of the family as “the first educators,” recommends dinnertime discussions of liberty, and states that “when families pray together, they acknowledge together the providence of the Almighty God who gave them their sacred liberty.” When have we last heard such sentiments expressed by any government body?

A Thing of Beauty

In his Breitbart article “Trump’s 1776 Report Is a Marvel,” James Delingpole writes: “The 1776 Report—produced by President Trump’s Advisory 1776 Commission—is a thing of such beauty, dignity, and scholarship that it makes me wish I were American, not British.”

He then adds this passage from the report:

“To be an American means something noble and good. It means treasuring freedom and embracing the vitality of self-government. We are shaped by the beauty, bounty and wildness of our continent. We are united by the glory of our history. And we are distinguished by the American virtues of openness, honesty, optimism, determination, generosity, confidence, kindness, hard work, courage and hope. Our principles did not create these virtues, but they laid the groundwork for them to grow and spread and forge America into the most just and glorious country in all of history.”

Near the end of the report, we find these words: “When we appreciate America for what she truly is, we know that our Declaration is worth preserving, our Constitution worth defending, our fellow citizens worth loving, and our country worth fighting for.”

By abolishing the 1776 Commission and rejecting its report—did he even read it?—Joe Biden and his administration have drawn a line in the sand. On one side stand all those who love America, liberty, and justice under the law. On the other side are those who reject our founding principles and are working to abolish them.

In addition to Hillsdale College’s online version, Encounter Books, a publishing house that promotes liberty and the achievements of Western civilization, will soon publish the 1776 Report in book form, including a preface by the leaders of the commission, endnote citations, and footnotes.

I encourage readers to purchase this gem of Americana.