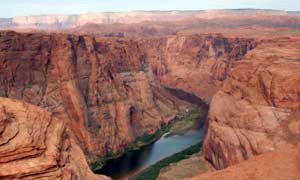 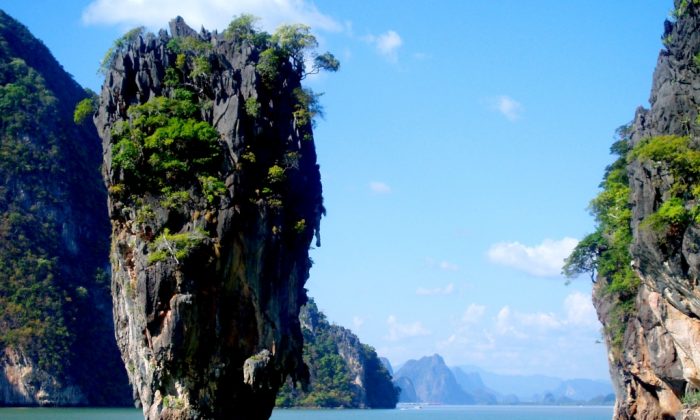 A Guide to West Coast Island Hopping in Thailand

The coastline along the Andaman Sea in Thailand has a dramatic scenery and lots of stunning islands just waiting to be explored. Many of them are large enough to stay at, but some are part of a national reserve and thus only accessible by day trips. In general, Thailand is a very cheap country, but this doesn’t apply to the west coast. Phuket and the surrounding islands such as Koh Phi Phi are the most expensive places in the whole country. Don’t be surprised to find prices doubled or sometimes tripled in peak seasons.

This shouldn’t keep you from visiting the area though. There are still plenty of ways to live and explore the beautiful surroundings without blowing your budget. First of all, consider staying in Krabi instead of Phuket. This place is cheaper and even prettier, so it’s a win-win. Plus, it’s easy to get to Phuket if you want to visit both places.

How to Island Hop

There are several ways to visit the islands on the west coast. You can do it by day trips or simply stay overnight and then move on to the next island when you want. Most smaller islands don’t offer accommodation, but the larger ones do. If time isn’t an issue, this is perfectly doable, and I’ve done it myself several times. However, taking a day trip to one of several islands is a great way to combine the two.

The last time I visited the west coast, we stayed in Aonang, Krabi and took a tour around four islands for 400 Baht. The trip included lunch (Thai green curry, which was extremely tasty) and transportation with longtail boat and a guide. I was quite happy with this tour.

Poda island is only a few kilometres from Krabi and part of a national park. There’s not much to do on the island apart from swimming and tanning. This, however, is enough to keep one occupied as the beach here is fabulous!

Another great island is Chicken Island, which to me looks more like a turkey… or maybe a turtle? Anyway, this place has a gorgeous coral reef that you can snorkel around, and it’s included in the tour I mentioned above.

Railey is a destination in itself and many tourists visit the island every year, especially Scandinavians. It’s mostly known for the rock climbing, and as you can see on the pictures below, you’ll get rocks aplenty. I did it in Vietnam and didn’t feel the urge to test myself again, so we decided to hang out on the beach and eat some roasted corn with butter and garlic. This was ridiculously tasty, not to mention cheap!

It’s possible to stay overnight at Railey beach, and most people choose to do so.

Only a short boat ride away, you’ll find Tub island. Tub is much smaller than the other islands in the group. Personally, I found this island to be better because it’s more remote and you can have the beach (almost) to yourself. The water is amazing, and it’s an excellent spot for snorkeling and spotting lots of tropical fish.

Just south of Phuket, you’ll find James Bond Island, also known as Khao Phing Kan. It’s famous for featuring in the James Bond movie The Man with the Golden Gun from 1974 and for the 20-metre tall islet, Koh Tapu, which you can see on the picture below.

James Bond island is part of the Phang Nga Bay which covers an area of 400 sq km and is home to some 100 islands. If you take the tour from Phuket, you will most likely lunch at a muslim fishing village where the houses are built on stilts around a tall rocky island. Expect to pay between 1,000 and 2,000 Baht for a half day trip.

* Beware of your belongings during your stay there and never leave them out of sight! On our tour, a Swedish guy    had his video camera stolen and our suspicious guide seemed to be in on it.

Phi Phi is probably the best known island on the west coast. It’s a popular site for travelers who have seen the movie or read the book The Beach. There are some beautiful corals and beaches in this group of islands, but much of it is gone today due to the many boats that go there every day.

If you’re going to Phi Phi on a day trip, you should always negotiate! The more people you are, the more you can negotiate the price. Here’s the price range from Krabi: 900 Baht and Phuket (speedboat): 3,100 Baht.

If you prefer to stay longer on the island, opt for the ferry which is the cheapest way to get from a to b. Here’s the price range from Krabi: 300 Baht, Koh Lanta: 350 Baht and Phuket: 650 Baht. It’s cheaper to buy a return ticket instead of two singles.

We spent most of our honeymoon on Koh Lanta, and I found it much different from most of the other islands. First of all, it’s more quiet. You can choose to stay on a beach with lots of backpackers and easily find a party, but if you’re more into getting your own beach, you should be able to find that as well. The waters surrounding the island is magnificent and it’s a great place to swim.

You can reach Koh Lanta from Krabi, Phi Phi or Phuket, but this island is more suited for longer stays.

Copyright © 2014 by Adventurous Miriam. This article was written by Miriam Risager and originally published at Island hopping in Thailand.