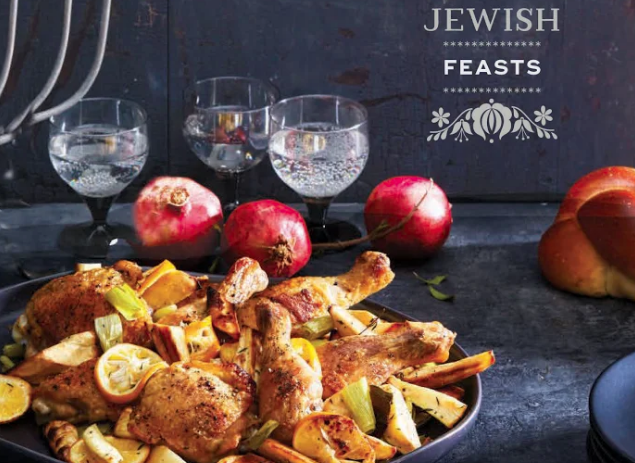 A Fried Feast for Hanukkah

Observed this year from Dec. 2 to Dec. 10, the holiday commemorates the rededication of the Temple in Jerusalem over 2,000 years ago, after the Jews revolted against and drove out their Greek-Syrian oppressors. As the story goes, they found only enough oil to light the Temple’s menorah for one night—but it miraculously burned for eight.

To celebrate that miracle, during the eight nights of Hanukkah, Jewish families light menorahs in their homes and feast on fried foods that use oil with abandon, such as crispy latkes (potato pancakes) and sufganiyah (round, deep-fried jelly doughnuts).

In “Little Book of Jewish Feasts,” author Leah Koenig shares two others from the Jewish diaspora: fried chicken, favored by Italian Jews for the holiday; and kuku, an oil-laden Persian frittata popular with Iranian Jews.

As with the other celebration dishes that fill the bite-sized cookbook, they’re delicious carriers of Jewish history, passed down through generations.

As Koenig writes, “Jewish tradition has two houses of worship.” The first is the synagogue; “the second is the Shabbat and holiday table,” where behind each meal lie “thousands of years and layers upon layers of tradition to uphold and renew.”