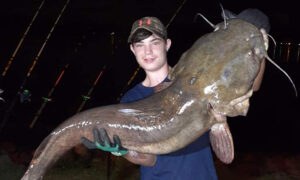 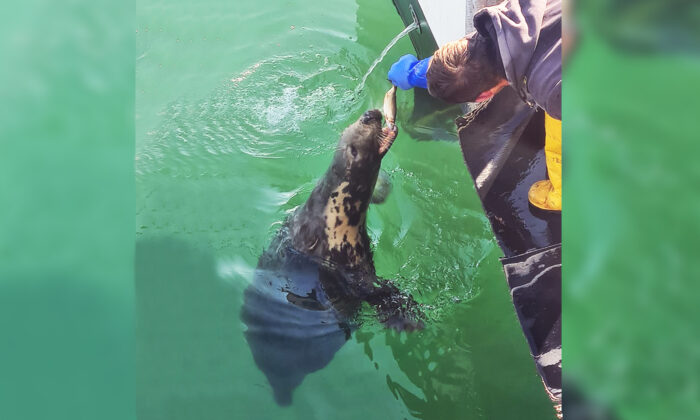 A Fisherman’s 10-Year Friendship With a Blind Seal That Greets Him Every Day: Video

A meeting between a fisherman and a seal pup in 2010 has blossomed into a decade-long friendship.

As a little pup a decade ago, Shauna, who has since gone blind, first poked her head above the water looking for food and fast became a regular feature of the crab and lobster fisherman’s day.

“It was a bit startling at first seeing a seal waiting for you like you had an appointment,” Lewis said, according to RealFix. “I love seeing her by my boat; she’s fascinating.”

“[W]e’d always feed her and she became so confident and comfortable around us,” Lewis said. “I don’t think we’d go a single morning without her coming to say hello.”

Shauna greets Lewis by the steps at Peel Bay on the Isle of Man, between Great Britain and Ireland, every day.

As the fisherman goes about his business, Shauna trails one of his three boats around the bay. She is rewarded with two or three mackerel from the day’s catch.

Lewis said that he feels like Shauna is one of his own children, and “loves her very much.”

However, since noticing that Shauna’s eyesight was failing, the father of four has been especially protective of his marine pal.

On Sept. 27 last year, Lewis posted a heartwarming video clip on Facebook showing Shauna being freed from a fishing line.

As the gentle seal floats over to the edge of the boat, the fisherman leans over and removes the stuck line from where it had become impaled, freeing Shauna to swim away.

While witnessing Shauna’s sight degrade has been “heartbreaking,” the fisherman’s bond with the seal has never been stronger. Lewis said he would never take Shauna’s friendship for granted.

“I look forward to seeing her every morning,” Lewis said, according to RealFix.

“I feel like she’s my responsibility and I genuinely think she knows me well, it’s been 10 years after all.