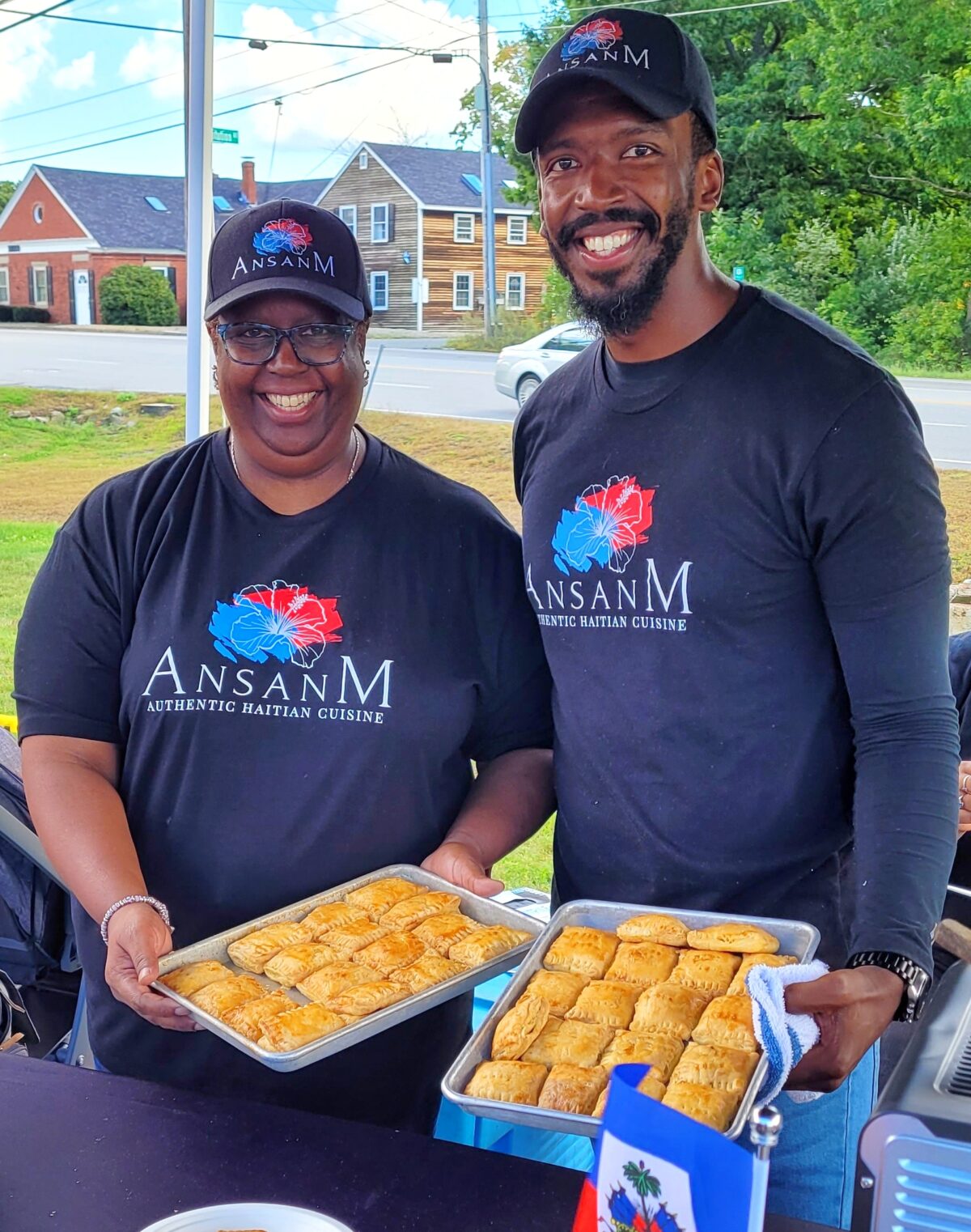 A Family Affair: With the Help of Special Guest Chefs, Chris Viaud Brings a Taste of Haiti to New Hampshire

Aromas of citrus, garlic, and herbs waft through the Sunday evening air as Caribbean steel drums set the mood for a night of home-cooked Haitian cuisine. As diners sip fruity cocktails and nibble on plantains, they can be forgiven for forgetting they aren’t on a tropical getaway.

More specifically, they’re attending an Ansanm Sunday Dinner at Greenleaf, an award-winning restaurant owned by James Beard-nominated chef Chris Viaud, who competed on season 18 of “Top Chef.” Though his time on television included wowing judges with a creative yet classic grilled cheese sandwich—and winning $10,000—Viaud set his culinary ambitions on introducing Milford’s mouths to homemade favorites from his own childhood.

“Ansanm Sunday Dinners are really my mother’s dinners,” Viaud said. “Unlike the menu for Greenleaf, all of the Ansanm dishes are those she prepared when we were growing up. On Sundays, she’s the chef in the kitchen—I’m just the student.”

But one Sunday each month, he opens the restaurant’s doors to Ansanm’s menu of authentic Haitian dishes, prepared with love by himself and his parents, Myrlene and Yves.

“We curate the menu with different Haitian foods each time, so new and returning guests have a full opportunity to expand their knowledge of what Haitian cuisine is,” he said. “It’s a beautiful evening offering a taste of our ancestry that you can’t find in this area.”

Whether it’s poule nan sos (stewed chicken in a Creole sauce) or a side of pikliz (spicy vegetable slaw), every meal is rich enough to bring warm Caribbean vibes to the Granite State—especially when Viaud imports djon djon black mushrooms straight from Haitian soil.

His hope is that the area embraces not only the cuisine, but Haitian culture as well. Viaud views each pop-up dinner as an opportunity to educate diners about Haiti’s diverse dishes—and provide Milford’s small Haitian community with a taste of home.

“It’s been quite the journey and opportunity to share our culture with people who might have never experienced anything similar,” Viaud said, “to show them that Haitian cuisine can be as well-known and respected as French and Italian dishes.”

Caribbean Ingredients He Can’t Live Without: Rice and plantains

If He Could Only Eat in One City Forever: Chicago

Nick Dauk
Follow
Nick Dauk is an Orlando-based writer whose work has been featured in BBC News, Insider, Fox Business, and The Telegraph. He’s an avid traveler and can be found seeking out the world’s best street eats when he’s not curled up on the couch with his wife and son.
SHARE
Friends Read FreeCopyFacebookTweet
You May Also Like