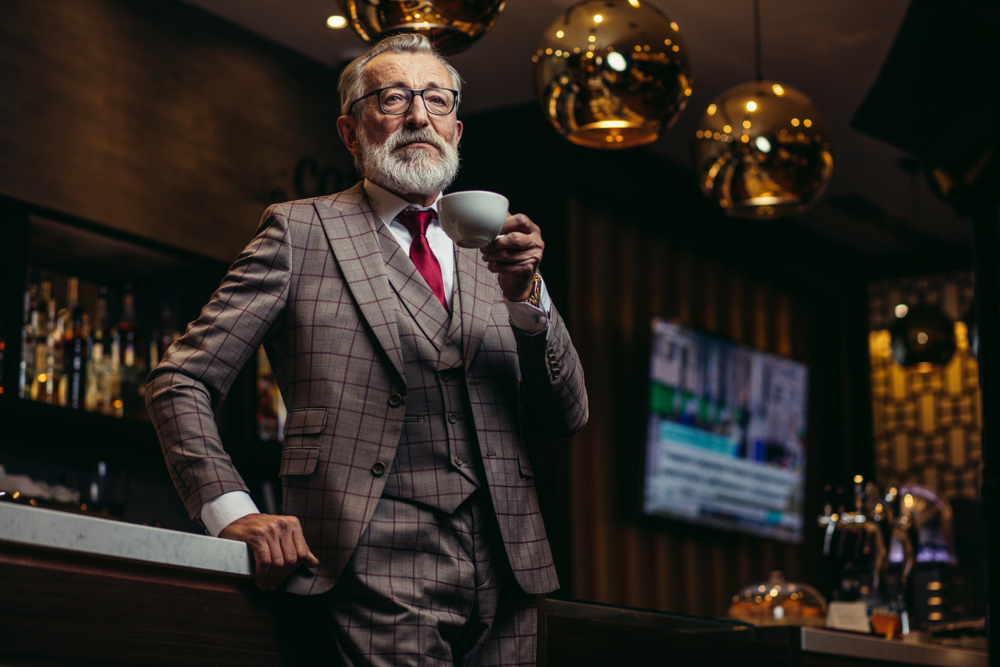 Manners were the most easily recognizable mark of men and women of the old school. (UfaBizPhoto/Shutterstock)
Family & Education

A Class All Their Own: Ladies and Gentlemen of the Old School

Back in high school, I spent a summer working as an orderly in the recovery and operating rooms of Forsyth Memorial Hospital in Winston-Salem, North Carolina. On my first day on the job, I watched a certain Dr. Norfleet performing a nephrectomy on a patient. Later that evening, I told my father, a family physician, about the experience.

The admiration in Dad’s voice intrigued me. Unfamiliar with that expression as a teenager—“gentleman of the old school”—I have since occasionally applied the “old school” appellation both to men and to women I’ve met. Though I can’t specifically define my parameters for forming such a judgment, it seems to me that the title refers to someone with manners and virtues associated more with the past than with the present, someone who cultivates a refinement that seems absent from modern life, someone who, as Dr. Norfleet did for my father, arouses our approval and respect.

Perhaps because of my advancing years, perhaps because of the elusive definition of old school, and perhaps because our culture has largely banished “ladies and gentlemen” as politically incorrect, I can’t think of anyone I know these days who fits my image of old school. I am reasonably certain such people exist, just as I am sure dinosaurs once strode the earth, but I don’t happen to know them. With a few exceptions, I can’t think of any public figures who might qualify as old school, though some who are now resting in their graves deserve this laurel wreath.

In my younger years, however, I was familiar with several men and women whose manners, style, demeanor, and grace set them apart from their contemporaries, harking back to an earlier age. To wedge these individuals into a common formula of description would be difficult, yet all of them shared some of the same characteristics.

Manners were the most easily recognizable mark of men and women of the old school.

These were people who did more than just say “please” and “thank you.” The men stood when guests entered the room, gave up their seats on public transportation to women of all ages, and removed their hats during introductions. The women graciously greeted visitors, were kind with their opinions, and were intent and conscientious listeners.

Most of all, they sought to make both visitors and friends comfortable. As an adult, I was always impressed by my college professor and later good friend, Ed Burrows, whenever he greeted my wife and me at the door of his home. He took and hung up our coats, if need be; pleasantly inquired after our health; and within minutes of our arrival, invariably asked us if we’d like something to drink—water, coffee, or iced tea.

Dress was also an outward sign that one belonged to this club. Though old schoolers might dress casually—I rarely saw Ed in a tie—they dressed conservatively. Try as I might, I can’t see Ed or any of the others in this pantheon wearing sweatshirts and cut-off jeans. They may have done so in their backyards, but never in public. When old schoolers left their homes to go to work, to shop, or to meet a friend for coffee, they dressed up rather than down.

Like Ed, the other old school practitioners of my acquaintance displayed manners that never seemed artificial but were as natural as sunshine. Accompanying these courtesies was a buoyant grace, a polished yet apparently natural urbanity and savoir-faire.

Years ago, a poet, classical musician, and retired professor, Francis Pledger Hulme, became my friend for a brief time. Though I can’t remember precisely how we met, Frank always bore himself with dignity. He stood erect, had a bounce in his step despite his cane and advanced age, and broke out into a big smile as soon as he saw me or some other friend. Just seeing him emerge from his car in my driveway, often accompanied by his Plott hound whose name I’ve forgotten, made me feel special.

As I learned more about Frank’s early life—his boyhood in Asheville, the early death of his father, his erratic academic career as he worked to help provide for his mother and sister during the Depression—my respect for him grew. His sister once shared a few stories of his generosity, and how much he had given up for his family, but from Frank I received only humorous and self-effacing anecdotes about those hard times.

Here was an easily recognizable gentleman of the old school.

Vivien K., whom I knew as a child in our small town of Boonville, North Carolina, shared some of these qualities. Like Ed and Frank, she was always considerate of others. She suffered from severe depression but hid her illness from the majority of her friends. According to my mother, Vivien was a wonderful correspondent, given to writing brilliant, witty letters.

Another resident of Boonville, Frieda Speer, mother of my childhood friend Allen, also qualifies as an old school lady. Soft-spoken and generous—she always urged my siblings and me to eat second and third helpings of food whenever we took our lunch at her table—Frieda practiced the tenets of her religious faith in her gentle, humble way even late into her life, delivering for Meals on Wheels, for example, into her late 80s. A shrewd investor, she used some of her money to help build Boonville’s first public library.

And like the other old schoolers in my life, Frieda and Vivien possessed some ethereal quality that set them apart from so many of those around them, a certain “je ne sais quoi.” There I go with a vague description again, but some mystery, some invisible, interior mechanism, made them old school ladies.

Where Did They Come From?

We might surmise that the place and time in which they spent their youth formed these natural aristocrats. They all grew up in the American South, a society that stressed courtesy and consideration. They were products of the Depression and worked hard to help their families. Each of them was respected and esteemed by their communities.

Yet they were rare gems, different from so many of their peers who were products of the same era. More likely, I suspect, they were raised in homes in which their mothers or fathers, or both, passed them gifts which they then made their own. Both Ed and Frank often praised their mothers for their upbringing, and given Frieda’s devout faith, we may surmise her parents imbued her with their religious beliefs.

In other words, these old schoolers were made, not born, to this estate.

With some exceptions, elegance and refinement are not descriptions we associate with today’s culture. Our social media, for instance, often feature frivolity, crudity, egotism, and acrimony, but grace and dignity seem to have taken a bow and left the stage.

If you know an old school person, consider yourself lucky. Learn from that paradigm of rectitude. Though I hardly qualify, I did absorb lessons from the ladies and gentlemen who were members of that club. By their example alone, they were my teachers.

Even without such living guides, we can resurrect old school ideals by practicing courtesy, decorum, and respect for ourselves and for others.

Do that, and we just might make old school new again.