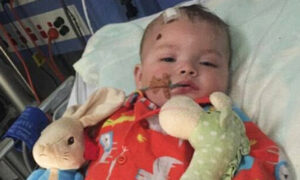 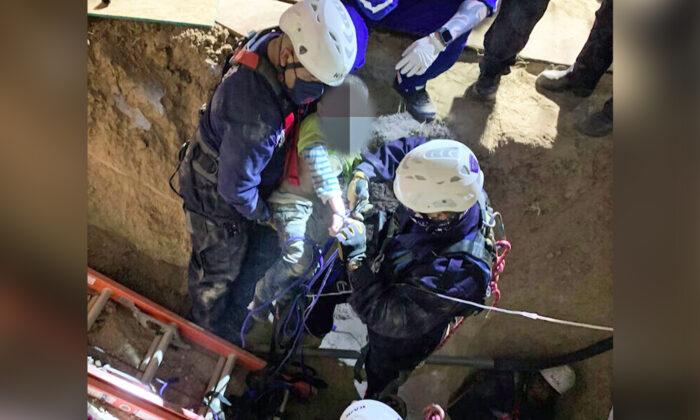 (Courtesy of the City of Mission)
Life & Tradition

‘A Christmas Miracle’ as Texas Boy, 4, Is Rescued After Spending 6 Hours Trapped in a Well

The residents of Garciño, Texas, are celebrating a Christmas miracle after a 4-year-old boy, trapped for six hours in a well in FM 649 at a ranch property, was successfully rescued by first responders.

After spending hours digging him out from the 8-to-10-inch-wide well hole, the multi-organizational crew’s efforts were met with applause as they passed the child up to safety. He was crying but had not sustained any serious injuries.

Mission Assistant Fire Chief Robert Alvarez told The Monitor that his department received a call from the Starr County Sheriff’s Office and La Rosita Fire Department around 5 p.m. on Dec. 8. Alvarez arrived on the scene to find that first responders had already started digging.

“We had to reevaluate how they were digging and stop that and just started using hand shovels to continue, until we got our resources on scene to continue with the rescue,” he recalled.

According to Alvarez, the hole was approximately 44 feet deep, tapered some, and surrounded with a rock where the little boy was lodged, which was around 9 feet below ground level. As they worked on removing shell rock and hard soil, first responders called out reassurances to the child below “That we’re working,” said Alvarez. “That we’re gonna get you out.”

While battling time and cold temperatures, the fire chief said they were dealing with “adrenaline rush” and “stress” as they had to make sure to carry out the rescue as safely as possible. However, seeing the boy lifted to freedom at around 10:30 p.m. was the ultimate reward.

The 4-year-old, who remains anonymous, was airlifted to a hospital by a helicopter. The Starr County Sheriff’s Office reported that he was “stable” and being monitored as of Dec. 9.

The City of Mission shared dramatic rescue footage on Facebook, claiming that the little boy’s recovery “can only be called a Christmas miracle!”

“In the Valley we respond as a region for a lot of things, and we help each other out,” Alvarez told The Monitor. “[A]lthough they weren’t trained,” he acknowledged, “we had all kinds of law enforcement, DPS, game wardens, picking up a shovel and helping us move dirt around.”

The specialized training of the firefighters at the scene was crucial, he added.

In a statement, Sheriff Rene Fuentes thanked everybody involved, which included the Mission Fire Department, Starr County EMS, Texas Parks, and Wildlife, and even a local church in the immense effort, hailing the boy’s rescue as a “testament of our community and neighboring communities’ unity and sincere concern for each other.

“Through prayers and actions from everyone involved, a little boy lives today,” he said.

(Courtesy of the City of Mission)