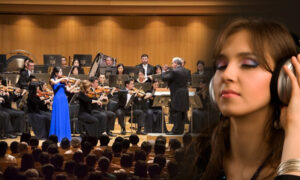 You Might Have a 'Special Brain' If You Get Chills While Listening to Music, Study Shows
0
Share Now
FacebookTweetParlerEmail
Copy Link 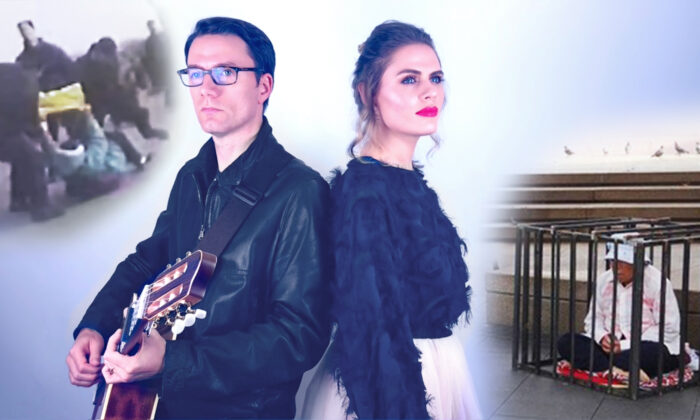 ‘A Change Is Coming’: Song Exposes How ‘Communist Gangsters’ Are Harming the World

Music has the power to create awareness and lead to change. Every note played or every word sung can reflect something that could be deeply personal to an artist and that could bestow newer insights to the listener.

The song “A Change is Coming,” produced by a London-based music band, is exposing the injustices against innocent people of faith in communist China, amassing over 150,000 views online.

“A Change is Coming” is a song with thought-provoking lyrics and music by Yulia and Patrick, the couple who formed The Temporary Residents, an Indie band that strives to craft sounds from different decades and classical traditions.

“The Chinese Communist Party (CCP) has been severely persecuting the Chinese people since it came into power in 1949. We think it’s clear from recent events that we can see that the evil nature of the CCP is dragging the whole world down,” the artists told The Epoch Times.

“Times are tough but at the same time if you can still hold on to your upright beliefs, they will help you weather ‘the storm.’”

The Temporary Residents state on their website that in their music they “seek to be honest and at times even expose falsehoods that are promoted widely.”

The band says their inspiration is rooted in traditional values and they “reject the postmodern ideology of struggle.”

Patrick, the guitarist at The Temporary Residents, is from Jersey in the Channel Islands. From an early age, he had a strong inclination to music. Patrick got to learn a lot about music and movies from his father, who was a well-established film producer. Growing up, Patrick tried his hand at violin and guitar.

Patrick told The Epoch Times in an interview that after his friend played two songs on an acoustic guitar, he wanted to learn and play anything that came his way so that he could hone his technical skills in the process.

Eventually, after studying Fine Art in Liverpool, Patrick moved to London to follow his passion for learning music. He began songwriting with inspiration from his interest in Indie music and his Celtic ancestry.

Yulia, a singer at the band, hails from Kyrgyzstan. She has been able to build a strong foundation in music. From an early age, Yulia found herself singing and dancing to a group of people at a cafe owned by her mother’s friend.

The talented artist said in the interview that when she was probably was about 4 years old, an American gentleman was so impressed hearing her singing “My Heart Will Go On” by Celine Dion that he gave her a large sum of money as a tip.

“Seeing people smile whilst I was performing warmed my heart,” Yulia said.

In school, Yulia participated in performances, various pageants, and contests, thus paving the way for her future. She then moved to live in the Netherlands, where she continued to hone her creative skills and won the Dutch Award nomination for her part in the film “Katia’s Sister.”

With a desire to pursue acting, Yulia went to New York and studied acting at T. Schreiber Studio & Theatre, one of the most established acting studios in Manhattan.

In 2017, Yulia had just graduated from art school and was one morning attending a free Tai Chi class at Bryant park when she stumbled upon a group of people practicing the exercises of Falun Gong.

Falun Gong, also known as Falun Dafa, is an ancient mind-body meditation practice based on the tenets of Truthfulness, Compassion, and Forbearance.

After receiving a brief introduction to the practice, Yulia joined the group and performed the meditative exercises. Within 30 minutes of practicing the meditation, the artist said she experienced a strong energy field around her body and felt light.

As Yulia endeavored to follow the moral teachings of Falun Gong, she said, she started to experience a lot of changes in her life.

“I have always been searching for my ‘soul purpose’ and after I came across Falun Dafa I felt I had finally found my spiritual purpose in life,” Yulia told The Epoch Times.

Falun Dafa was first introduced in China in 1992, and over 70 million people were practicing the self-improvement cultivation system in China alone. However, by July 1999, the former leader of the Chinese Communist Party (CCP) Jiang Zemin launched a brutal persecution campaign against Falun Gong, viewing its peaceful nature as an ideological threat to the party’s authoritarian values of class struggle and hate. In the last 21 years, countless Falun Gong practitioners have been arrested, imprisoned, and tortured, with some even having their organs harvested.

Yulia was shocked when she heard about the persecution in China. She couldn’t believe how such peaceful people could be persecuted to death.

She admits the day she got to know about the persecution, she made a solemn promise to do anything in her capability to bring justice and let the world know about the ruthless persecution that Falun Gong adherents, other religions, and ethnicities face in China. To spread awareness of these human rights abuses in China then became “the most important chapter” of her life.

“In order for me to proceed on my soul purpose and to follow the right path, my life had to take a 360 degrees turn,” Yulia said. “Moving to England was like taking a step while blindfolded and not knowing what the future will bring.”

Once in England, while participating in human rights activities, Yulia met Patrick, and the two then got married and formed their Indie band.

A Change Is Coming

The music video comprises shocking footage and soul-stirring vocals that shed light on the brutal torture that Falun Gong adherents suffer at the hands of the Chinese communist regime.

“Its persecution of Falun Gong is its most evil revolt against tradition and this is what our song ‘A Change is Coming’ is about,” The Temporary Residents said.

The song also brings forth the practice of forced organ harvesting, a state-run multi-billion dollar industry in China. According to a March 2020 report by the China Tribunal, the communist regime continues to kill and sell people for organs for the last two decades.

The lyrics hold the “communist gangsters” accountable for their crimes against humanity, stating that the perpetrators will have to soon answer to the world at large. The song, which is sung in English with Chinese subtitles, urges the people to disassociate with the CCP and their affiliated organizations.

The video ends with a message to Chinese citizens: “It is time to distance from the CCP. For the Chinese people, it’s crucial to quit the party before it’s too late.”

“The challenges might be great but they will never stop the force that pushes us to do what we are doing,” the artists said.

Sofia Roma contributed to this report.