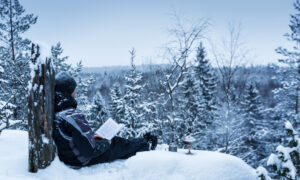 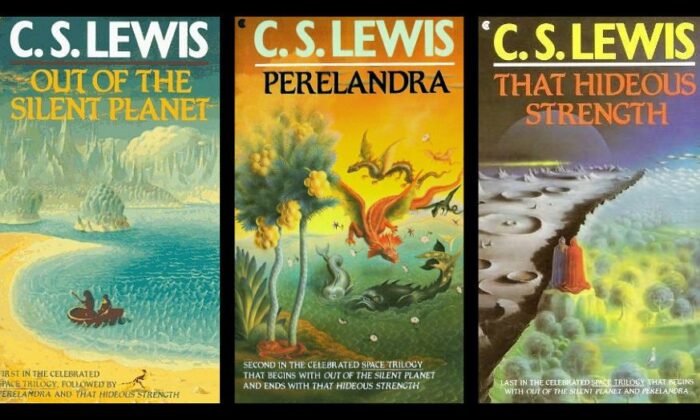 C.S. Lewis’s lesser-known Space Trilogy, has as its final installment an important tale for our times.
Literature

A Book of Hope in a Bad Season: ‘That Hideous Strength’

One of 12 Great Books
By Jeff Minick
biggersmaller
Print

In a recent article about Sir Walter Scott’s “Ivanhoe,” I made a New Year’s resolution to read old books unfamiliar to me. Having selected Fyodor Dostoyevsky’s “The Devils” as my next conquest, I had just commenced that story of Russian radicals when another book, not quite so old but still important, snared my attention and lured me temporarily away.

Let me explain. During the past month, my daily online explorations revealed that for several years George Orwell’s dystopian novel “1984” had often made the bestseller lists at Amazon and Barnes and Noble. Readers were also buying Aldous Huxley’s “Brave New World,” and Penguin had reprinted Sinclair Lewis’s “It Can’t Happen Here,” a novel about fascism swallowing up American democracy.

All these novels are over 70 years old, and it gladdened my heart to see readers turning to these modern classics to get a take on our current politics.

Some online articles also cited C.S. Lewis’s “That Hideous Strength” as a novel suited to our unsettled times. Much of Lewis’s work is familiar to me. My children and I shared the “Narnia” series; “Mere Christianity” and “The Screwtape Letters” helped me explore my faith; and my all-time favorite, “Till We Have Faces,” a retelling of the tale of Cupid and Psyche, I taught to my students.

But I’d never read Lewis’s space trilogy, of which “That Hideous Strength” is the capstone.

Inspired by the recommendations and hoping to find some light in our dark times, I checked out the book from the library, temporarily said goodbye to Russia, and began reading.

Set in England, “That Hideous Strength” is a tale of the struggle between power-hungry utopians who wish to create a totalitarian government and those who resist them. The utopian crew belong to an organization called the National Institute of Coordinated Experiments, or N.I.C.E., innocuous enough in name.

Like some of our organizations and political proposals today, the elites of N.I.C.E. set out to retool society, culture, and even human nature.

Opposing them is a handful of people led by an otherworldly director. Though they seem without resources, cosmic forces—including a resurrected Merlin—come to their rescue. N.I.C.E. and those associated with that institution are destroyed, and Britain and the world are saved.

Throughout the book we find similarities to our own time. Here, for example, a young man being groomed for N.I.C.E. asks Miss Hardcastle, the head of police for the organization, why educated people would ever believe the propaganda she has proposed he write for the newspapers. Her reply drips with contempt:

“Why you fool, it’s the educated reader who can be gulled. All our difficulty comes from the others. When did you meet a workman who believes the papers? He takes it for granted that they’re all propaganda and skips the leading articles … He is our problem. We have to recondition him. But the educated public, the people who read the high-brow weeklies, don’t need reconditioning. They’re all right already. They’ll believe anything.”

Here, too, we find several key differences that distinguish “That Hideous Strength” from “Brave New World” and “1984.”

The novels by Huxley and Orwell drop the reader into a world where a totalitarian government has already taken power. In “Brave New World,” a small group rules the rest of the people for their common good, controlling them by propaganda, “sleep learning,” drugs, sex, and entertainment.

The totalitarians in “1984” control their subjects through fear, a widespread system of hidden cameras and microphones, the implementation of “doublethink,” and like their equivalents in “Brave New World,” by the erasure of the past.

In “That Hideous Strength,” we are at the beginning of this drive for total control. Lewis introduces us to a cabal of scientists, police officers, intellectuals, and journalists intent on domination and greedy for power.

When they attempt to recruit Mark Studdock, who is a sociologist, into their ranks, Lord Feverstone shares a part of this vision with him:

“It does really look as if we now have the power to dig ourselves in as a species for a pretty staggering period, to take control of our own destiny. If Science is really given a free hand it can now take over the human race and re-condition it: make man a really efficient animal. If it doesn’t—well, we’re done.”

Here again are sentiments we hear from some public officials today.

A Fairy Tale for Grownups

In his “Preface,” Lewis describes “That Hideous Strength” as a fairy tale.

Compared to “1984” and “Brave New World,” that description is apt. Neither of these two books contains any element of the magical or the supernatural.

In “That Hideous Strength,” however, we find heavenly creatures coming to aid human beings, the magician Merlin brought back to life, and interference from interplanetary beings in the affairs of Earth.

At first, the appearances of Merlin, the goddess Venus, the visitors from space, and other such characters put me off a bit. To be fair to the story, I have not read the two earlier volumes—“Out of the Silent Planet” and “Perelandra”—where we meet some of these beings and the heroic Elwin Ransom, who plays a key role in “That Hideous Strength.” Nonetheless, these strange creatures at first seemed intrusions into the story, unnecessary and even false.

And then the scales fell from my eyes, and I understood.

As I read more of the story and reflected on the philosophy driving it, I came to see that Lewis is describing the struggle between good and evil. His novel reminds us that we  are not striving so much against flesh-and-blood enemies but instead against dark ideas aimed at degrading us, powers intended to diminish our ideals of liberty and individualism.

While some of the characters in “That Hideous Strength” are indeed wicked in and of themselves—Miss Hardcastle, is a sadist less interested in creating a new world order than in personal power—most of them are either chasing after power and advancement, or are deluded by grand thoughts of utopia. “The Kingdom of God is to be realized here—in this world,” says the fanatical Mr. Straik, and he means that literally.

Most of us forget at times, or else refuse to recognize, the existence of a struggle between good and evil. Those words are unfashionable these days, yet Lewis is telling us that this battle is real. We may be blind to this warfare, in part because of our obsession with material goods, but behind the scenes the struggle goes on.

“Ideas have consequences,” philosopher Richard Weaver once wrote. As Lewis demonstrates, those ideas have led men to create gulags and concentration camps, to silence opponents, and to destroy the real—good, truth, beauty—for the illusions of utopia.

Finally, unlike his contemporaries Huxley and Orwell, Lewis includes as a secondary theme in “That Hideous Strength,” an examination of the meaning of love and its place in marriage. Using the troubled marriage of Jane and Mark Suddock as his vehicle, he explores what one character calls “companionship.”

During a conversation with the director, who eventually reveals himself as the heroic Ransom, Jane opens up and speaks with him about her failing marriage. He then offers her some gentle suggestions and ideas.

A Story for Our Time

Many parallels between “That Hideous Strength” and our own age exist: a riot engineered by those in power and the story twisted in the press, the smearing of political opponents, the murder of a man who tries to leave N.I.C.E, the use of blackmail, the religious strains of ideology, and the arrogant emphasis on the self.

Like “1984” and “Brave New World,” Lewis’s tale of totalitarianism is a warning to us. “Those who call for Nonsense,” says a leader of the resistance near the end of the story, “will find that it comes.”

Our present Nonsense reveals the truth of her words.

But unlike Huxley and Orwell, Lewis ends his story with the triumph of good over evil, and with the restoration of love and hope. After a long absence and a struggle to return to his wife, Mark finally makes his way to St. Anne’s Manor, the headquarters of the resistance and where Jane has taken up residence.

There Mark encounters an apparition by a doorway in a wall, “a woman divinely tall, part naked, part wrapped in a flame-colored robe … It was opening the door for him. He did not dare disobey (“Surely,” he thought, “I must have died”), and he went in: found himself in some place of sweet smells and bright fires, with food and wine and a rich bed.”

Here in this chamber of warmth, beauty, and light, and not in the cold corridors of power and dominion or in a laboratory, is where we become more fully human.