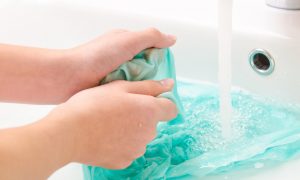 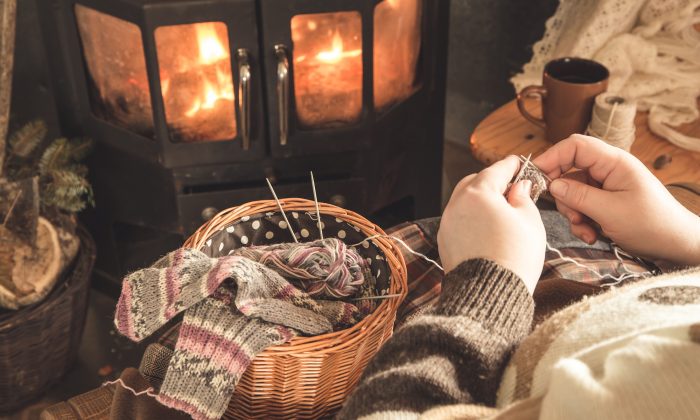 There is something different about a conversation that takes place over the rhythmical movement of needles and yarn. It has a calmer focus. (Shutterstock)
People

A Berkshire Journal: Knitting Is the Perfect Reset Button on Any Day Gone Mad

There were no fewer days on the calendar between this recent Thanksgiving and Christmas than there were the winter before. I’m certain. I checked, several times. But this year, the extra daylight-savings hour somehow got lost in a relentless gale of obligations. It blew ahead just out of reach, elusive from when the time changed straight through the last week of December. I found myself in a constant sprint, grasping at its tail, forever two steps behind at each rotation of the clock. After several days of cold, continuous rain, the holidays arrived at their appointed dates. Not magically decked in the snow, but bringing at last a festive, peaceful end to the chase.

Momentum is a lost cat on the other side of Christmas. It wanders, petered out and aimless in its wake, no other goal except a warm, dry place to rest its weary head. Several days like this and far too many star-shaped sugar cookies later, a good friend comes to visit. We sit together by the fire, winding wool and winding down. If peaceful contemplation has a sound, it is the gentle click and slide of knitting needles on a winter’s night. The intermittent tap and snap of burning logs in the woodstove and, tonight, our words gently bridge the shrinking gap between the year just packing up to go and the new one knocking at the door. What to leave, and what to take? Our conversation in the aftermath of a season so consumed by excess centers around making space. Clearing out the old to give room to the new, both in their figurative and literal implications.

I like to think real winter starts in January. Up until then, preparations for imminent festivities, family visits, friends, and endless celebration distract from its onset. It is after New Year’s Eve that the reality of winter becomes apparent. Walking through the house one day, you see the things you must have done by rote and didn’t notice. The forest of warmer coats grown suddenly thicker, hanging from hooks on the boot-room wall. Sweater sleeves poking out, pinched in bottom dresser drawers that don’t accommodate their bulk. Heavy socks and warm slippers at the foot of the bed. Mittens piled at the ready in a basket by the door. The snow shovel, leaning expectantly at the front step, and the firewood that fills the rack at the woodstove. If anything, January is honest in all of its cold, gray bleakness. I tend to welcome the more internal time it has to offer.

Once a week throughout the winter, three good friends come over for the evening, and we knit. There is something different about a conversation that takes place over the rhythmical movement of needles and yarn. It has a calmer focus. Elizabeth Zimmermann, master-knitter and knitting teacher, wrote “… knitting soothes the troubled spirit, and doesn’t hurt the untroubled spirit either.” Elizabeth was known to knit while riding on the back of her husband’s motorcycle, something they were once pulled over for. Knitting is the perfect reset button on any day gone mad.

I don’t consider myself a greatly skilled knitter, but I have made many sweaters—most of them for other people, as a way of saying thank you for helping with something I couldn’t do. Like the one, I made for a friend who patched the sheetrock on the living room ceiling. I took that sweater out and restarted it four times. I must have been extremely grateful. If anything, knitting teaches patience and perseverance.

I believe that making something with the hands brings the head and the heart into balance. My mother and grandmother grew up learning many facets of textile handwork in their childhood and passed their knowledge on to us at an early age. Our curriculum at a Waldorf school placed an emphasis on handwork as a way, in part, to encourage a healthy balance between the intellect and will. My mother is 90 years old and still teaches felting once a week.

And so we sit, my friends and I, and knit and talk, and knit and listen. Making space, making warmth, slowing time. With every row completed, another question has been answered, another problem solved. We knit our joys, we knit our hopes and wishes. We wind-rich stories and untangle one another’s troubled knots. And little by little, the draft that slips through the tiny gap beneath the door doesn’t chill the ankles quite as much. I suppose I might attempt a pair of socks before May.

If longer nights in winter are cast-iron bookends moving in and pressing daylight hours from the shelf, then we will push them apart again with nights like these. With pots of hearty soup cooking on the woodstove, and cold hands wrapped and warming up around hot mugs of tea. Stories shared, songs sung, hearts mended, and sweaters knitted. These will fill the space between, one after another until the days grow longer again.