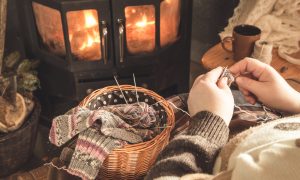 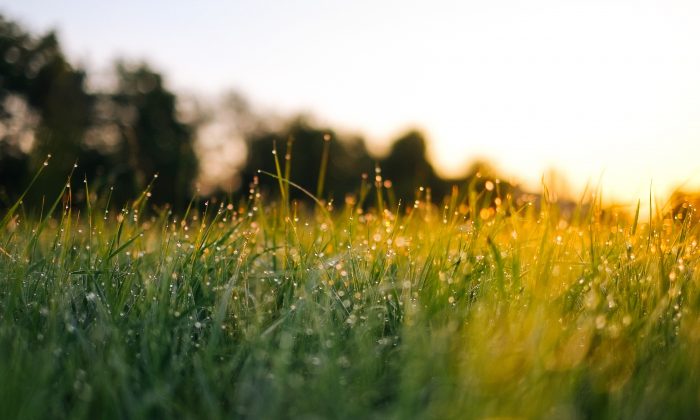 To mow or not to mow? (Jonas Weckschmied/Unsplash)
People

A Berkshire Journal: All Things Green and Growing

“To mow or not to mow?” That is the question, and it clings like an unwelcome burr to the back of this otherwise pristine June day.

Of the two ways to debate it, ecological and practical, there are about 10 more I could find to argue myself out of either, guilt-free.

I sink down onto the slope and stretch out my legs, feet inadvertently pointing toward the mower, where it has been neatly parked under the deck and out of the rain for several weeks. I sense its silent satisfaction with that arrangement.

The sun runs gentle, equanimous fingers of light through grass grown too tall now for comfortable mowing, subsequently quashing the desire to argue anything really, at all.

I roll over onto my stomach. Chin to my hands, an entire world in and of itself opens up at eye level.

With all its intricate workings magnified at such close proximity, the only remaining argument I have left is with the idiom “like watching grass grow.” I couldn’t be less bored, doing exactly that.

In front of my nose, a silken-white dandelion seedpod gracefully drifts downward, settling on the feathery ends of switchgrass, and lifting off again with a light gust of my exhalation. Glistening dewdrops succumb to the latter part of the morning and break apart, sliding in broken rhythm down various stem sheaths. Multiple tiny sweat bees dive into the depths of blue-eyed grass blossoms and reappear in an awkward, tail-end-first shuffle, their quivering bodies dusted with golden pollen.

Leaning in, a buttercup begs the age-old question, “Do you like butter?” I whisper back, “Oh yes, I do!” catching a caterpillar in mid-forward reach from his hind set of feet, off guard, with my answer. The slender length of his translucent green body ambitiously stretches to its limits, defying the law of balance. Groping blindly in mid-air, just shy of the next leaf.

An ant’s antennae have appeared over the ridge of my forearm. They wave back and forth to taste, hear, and smell out the nature of this large imposition on its trail, hurried feet tickling my skin in their hasty retreat back down to safer ground. Stage left, as it were, in this theater of all things green and growing.

Through the thinner, upper ends of grass, the amethyst glow of phlox. A pale yellow butterfly’s wings on white clover. Violets. Bristle grass. Petrichor. How apt, that the word to describe a scent so intrinsically earthy should be pulled from the name of the fluid which coursed through the veins of Greek gods. I imagine them easily lured down by this feast of the senses, from the heights of their perch on Mount Olympus.

Vulnerable to human passion, forever wreaking havoc with mortals, making chaotic hay while the sun shone, as it were. And I picture the mower, tearing likewise through this peaceful, miniature world like a meddling god on a nonetheless well-meant path of destruction. I am caught up in a “Horton Hears a Who” moment.

On a mission to purchase a trowel at the hardware store recently, I was perplexed by the variety of weed-killers lining the shelves of the garden aisle.

“Your lawn is out of control! There are weeds sprouting up everywhere!“ warned a line of advertisement. God forbid a particularly aggressive species of dandelion should suddenly rear its savage, golden head, teeth bared, and claws exposed, to attack that precious plot of Kentucky bluegrass! Not to mention the gruesome threat of a particularly predatorial clump of crabgrass, stealthily stalking the finest of fescue, laying it all to waste in one fell swoop. Oh, the power of fear, the insidious planting of lawn-stigma!

In a dream that night, I printed these words of the Talmud on thousands of bright yellow sticky notes and in the dark of the midnight hour, stuck them on every plastic bottle of pre-emergent herbicide and Round-Up that I could find on the shelves: “Every blade of grass has its angel that bends over it and whispers, ‘Grow, grow.’”

In the more tranquil waking hour over a cup of tea, I contemplated the definition of “weed”: “A wild plant growing where it is not wanted and in competition with cultivated plants.” Indeed.

“I see, I see,” said the blind man, grateful to be wandering barefoot through a wild, untended, and soft parcel of grass, unaware of its dangers.

Fast forward to where, lying on the lawn, I opt to meet things halfway and mow only partially, leaving patches of tall growth in places where the wildflowers are thickest. A landscaper’s version of a hairdresser’s worst nightmare, and most decidedly not a Better Homes and Gardens moment.

But the busy pollinators are not burdened by vanity and thereby tirelessly continue with their earnest, dedicated work, so that humans, despite their transgressions, have food to eat and cleaner air to fill their lungs.

I sigh as I open the choke and pull the starter cord. And the mower is out of gas.