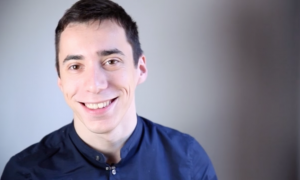 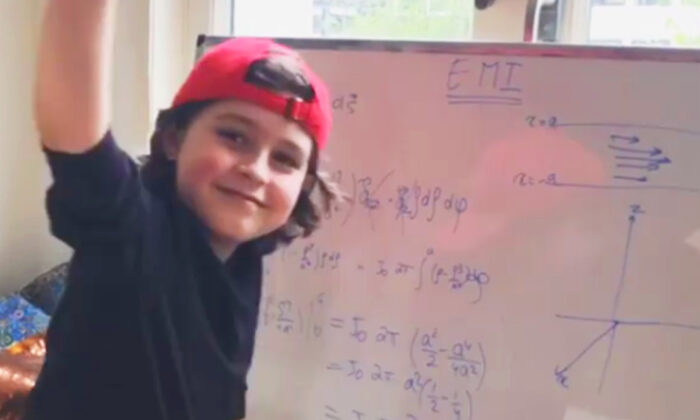 Many 9-year-olds are busy playing games with friends and finding creative ways to avoid doing homework. But for Laurent Simons, who was born in Amsterdam in the Netherlands but grew up in Belgium, school itself has become one big game that he’s very good at.

This incredibly intelligent boy has not only exceeded most other kids his age; he’s been taking university courses in electrical engineering at the Eindhoven University of Technology. The child prodigy is on a path to finish a Bachelor of Science by December 2019 and has no intention of stopping there.

But while Simons has outshone his peers and students many years older than him, though, he remains a curious kid who wants to understand the way things work.

Laurent’s parents, Alexander Simons, who is from Belgium, and his mother, Lydia, from Mexico, were surprised to discover that their young son, seemingly such an ordinary kid, had such extraordinary intelligence. Teachers at his school “noticed something very special about Laurent,” his mom, Lydia, told CNN.

They gave him all the aptitude tests they had on hand and found that he passed every single one with flying colors. “They told us he is like a sponge,” dad Alexander said.

While his dad is a dentist and there are many doctors in the family, there doesn’t appear to be any easy explanation for Laurent’s special abilities. His mom joked that she consumed a lot of fish during her pregnancy but admits she, too, has no idea. Even after he was born, his parents “didn’t do anything special, especially in the beginning” his dad said. His rapid progress started when “the teachers gave him extra tasks, extra tests.”

He added, “Before you know it, he graduated primary school, then high school, and now almost university. He goes fast.” That’s a bit of an understatement.

For Sjoerd Hulshof, the director of undergraduate studies for engineering at Eindhoven, helping Laurent get special exemptions to finish his degree was not an issue. He told CNN, “Special students that have good reasons for doing so can arrange an adjusted schedule. In much the same way we help students who participate in top sport.” Hulshof, like Laurent’s mentor, integrated circuits specialist Professor Peter Baltus, has been very impressed with his performance. “Not only is he hyper intelligent but also a very sympathetic boy,” Hulshof adds.

Laurent has already designed many of his own creations in his electrical engineering classes and looks forward to completing a PhD at one of the world’s top flight universities. “Oxford and Cambridge are also in the major league and it would be very much more convenient for us,” his dad told The Telegraph.

Of course, there are other considerations besides academics. Laurent said that top engineering programs at California universities such as Cal Tech, Stanford, and UC Berkeley interest him because of their location. “I really want to go to California, the weather is nice there,” the boy said.

Laurent’s parents are keen to stress that they are not pushing too hard, and that aside from his academic prowess, he is still very much a kid. “Besides studying, he likes traveling, gaming” (especially Fortnite), as well as playing with his dog Sammy, as his dad explained to CNN.

The future seems bright for Laurent as he prepares to embark on a career in electrical engineering, which he hopes to combine with medical studies. These studies will help prepare him for his dream of making artificial hearts. With his progress so far, this all should just be child’s play.