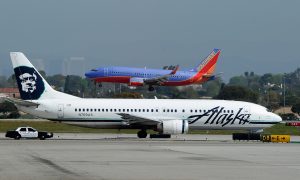 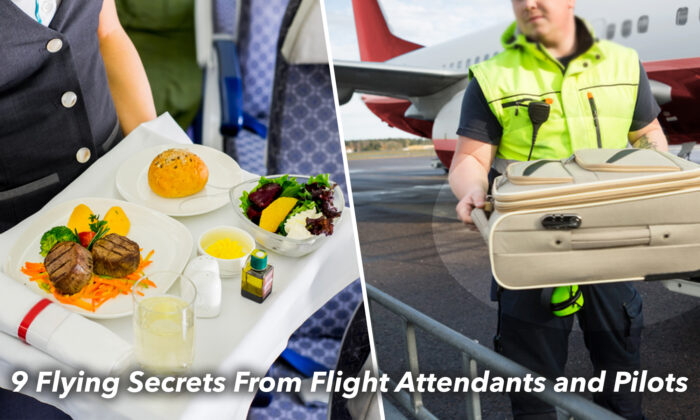 9 Surprising Facts About Flying That Most Passengers Don’t Know

While flying has become a normal part of most people’s lives around the world, what passengers experience in the skies is very different from the perspective of pilots and flight attendants.

When a Reddit thread with the question for crew members “what are the secrets passengers don’t know?” was posted, the responses revealed a great deal about the hidden life of airplanes and the people that get their passengers from one place to another.

Some of the revelations turned out to be intriguing, others were shocking, and still others were a bit terrifying. Below, we’ll look at some of the more important secrets that were divulged.

1. Pilots Don’t Get the Same Meals

It seems fairly obvious that airlines always have two pilots in the cabin at all times to make sure someone can fly the plane no matter what. The consideration for air safety extends further than that though, even taking into account the possibility of food poisoning.

In order to make sure that one of the two remains healthy, many airline operators have a standard policy of serving two different meals. To make sure no contamination takes place, they are not allowed to share, per one Reddit user. That way, if one pilot happens to get sick in the air, the other can take over.

2. Consider Giving the Flight Attendants Something

Flight attendants work long hours and have the tough job of making sure that passengers stay safe and happy during the flight. Several people on the Reddit forum suggested that giving a little pat on their back can go a long way.

One user suggested that leaving magazines would be appreciated whereas another mentioned that something sweet can go over well. “Bring an unopened bag of or box of chocolates for the flight crew, especially long flights…they’ll treat you like a king for the whole flight.”

While this secret might be terrifying for some passengers, it’s quite normal and not something to necessarily be afraid of. Pilot fatigue, especially on long flights, is arguably just as dangerous as having one of two pilots taking a short nap.

Scott Winter, a professor at Embry-Riddle Aeronautical University, notes that other countries with good safety records such as Canada and Australia allow short naps for pilots. Usually, these are not allowed to last for more than 40 minutes. In the case of flagship carrier Air Canada, “a pilot who wants to rest must notify the co-pilot and a flight attendant,” Winter notes.

Technically not allowed in the United States for domestic flights, the fact remains one of the two people flying your plane may nod off from time to time.

This might be one of the best-kept secrets on the list. While many passengers on long-haul flights or first of the morning red-eye trips are glad to have a friendly cup of tea or coffee, it’s probably best not to indulge.

As one airline insider posted on the Reddit, “don’t drink the water or water-based products (coffee, tea): the water tanks on an airplane accumulate grime and fungus and are notoriously hard to properly clean. Look for bottled water.”

So whether it’s filling up your reusable bottled water at the airport or buying your hot beverage before the flight, it’s better to avoid what might be in the tank.

5. Your Checked Bags Will Take a Beating

This isn’t a huge secret, but it’s good to know from the professionals. Many people wonder what happens to their bags once they are checked in at the airport. While you have probably seen them being transported on luggage carriers on the tarmac, however, you don’t always get to see the whole loading process.

One airline employee noted on the Reddit, “your bags are thrown and dropped very frequently.” Once inside the hold, “50-100 other bags are set on top of them. Then they slide around until you land.” Best not to put anything too delicate or fragile inside when you think about that.

For passengers with musical instruments, it’s best to check them at the gate so they don’t end up getting completely crushed under all the other bags.

6. Airplanes Have a Lot of Germs

It makes a lot of sense once you think about it, but the sheer number of people coughing, sneezing, going to the bathroom, and touching various surfaces means the airplane is not a very clean environment. It’s a good idea to arm yourself with some hand sanitizer to keep others’ germs away.

A 2015 study by the site Travel Math found that the dirtiest places on the plane weren’t the bathrooms; instead, it was the foldable tray tables that hold meals and drinks that were by far the least sanitary.

7. Something Will Always Be Broken on the Plane

Another secret that might terrify some passengers is that airplanes aren’t always in perfect shape before flying. As some Reddit users revealed, there is a Minimum Equipment List, which states exactly what must be functioning in order to fly.

One user noted “that the operational limits of the aircraft are altered to respond to broken parts. For instance, if certain lights are broken, the aircraft is restricted to daytime use.”

8. The Truth About Oxygen Masks

Once again, the information about those oxygen masks that flight attendants show you how to put on might not be reassuring. The oxygen in your emergency masks will last somewhere between 12 and 20 minutes, which is enough time for the pilot to bring the plane down to a lower altitude.

The moment that pressure drops in the cabin, masks should drop down. From then on, you have less than half a minute to get yours on before the lack of oxygen starts to seriously affect you.

9. Cabins Lights Are Dimmed for a Reason

This secret is another one that has to do with safety. Takeoff and landing are the two most important times on a flight. Airlines have to take this contingency into consideration, and this is why when a plane is landing at night, the interior lights are dimmed in case you need to evacuate upon landing so that your eyes have adjusted themselves to the darkness. This way, you’ll be able to see better once outside the plane.