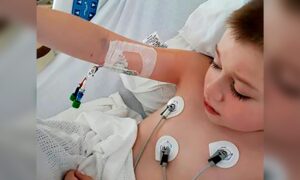 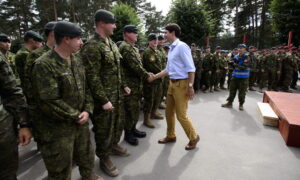 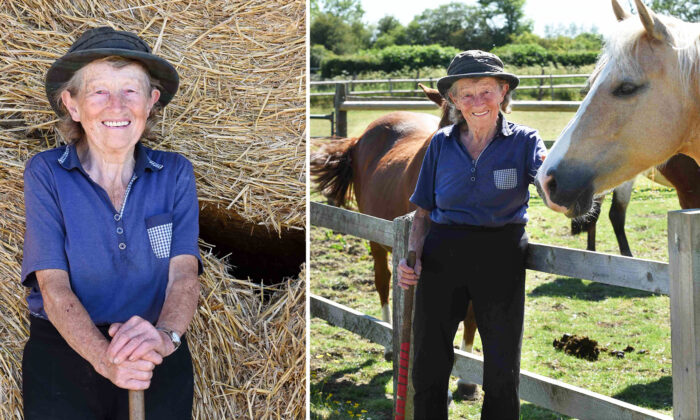 Life during lockdown is anything but uneventful for 88-year-old farmer Joan Bomford. The great-great-grandmother is battling to keep her family farm afloat as the global pandemic puts small businesses in jeopardy, and she has no plans to give up without a fight.

Joan runs her farm in the town of Evesham in Worcestershire, England. The multi-tasking farmer spends her days plowing fields, feeding her 200 animals, running her on-site horse-riding school, and even managing her own accounts.

“We have just had to carry on regardless, life goes on, horses and cattle to be fed and looked after,” Joan told Caters, adding that the pandemic was perhaps the least of her worries. “At my age I am worried about getting coronavirus,” she explained, “but not as worried as not getting any rain; like most farmers we are desperate for rain.”

Yet, farming during the pandemic, the 88-year-old admits, has entailed huge losses. Joan’s riding school was temporarily closed, and restaurant demand for her beef dried up. Joan found herself spending part of her savings to keep her 140 Hereford cattle and 60 horses fed and cared for.

“The bills kept coming in, but due to the lockdown of the riding school for nine weeks the money did not,” Joan explained. “The drop in beef prices was a further blow.”

Joan grew up into a farming family, stepping behind the wheel of her first tractor at the tender age of 8. She married her now-late husband, Tony, and moved to the couple’s shared farm in Evesham in 1955, which she now manages single-handedly.

A typical day for Joan entails rising at 7 a.m. to inspect livestock and help deliver calves. Then, Joan has breakfast and delivers bales of hay and bedding straw to the farm’s barn-housed horses and cattle by tractor.

Riding lessons precede lunch, followed by paperwork, then a flurry of phone calls to organize deliveries of animal feed, fuel, and machinery repairs.

Joan takes a walk at dusk and once again before bedtime to check on her livestock. The octogenarian takes the work in her stride, explaining, “All I need to keep going is a proper cooked breakfast in the morning, an early supper, and off to bed.”

The global pandemic is presenting a crisis for both agricultural and livestock farmers internationally; with a diminished workforce and with supply chains disrupted, products are quite literally piling up with nowhere to go.

In a bid to ease the burden, the United Kingdom’s Department for Environment, Food and Rural Affairs (DEFRA) announced a fund to support dairy farmers on May 6, 2020. Likewise, the U.S. Department of Agriculture organized a direct relief program for producers who have suffered losses during the pandemic, pledging to accept applications up until Aug. 28, 2020.

Besides financial losses, Joan described the social limitations of the lockdown as “desperately sad” on a personal level. “I was unable to attend numerous funerals of friends, one of which was a neighboring farmer’s,” she told Caters. “[N]ot being able to show our last respects, like so many other people, is a desperately sad situation.”

However, with 65 years of farming expertise under her belt, the stoic great-great-grandmother is soldiering on. Joan’s son, Colin, actively supports his mother’s venture, as do her other son and daughter, who run a farm and teach horse-riding lessons respectively.

“She drove her first tractor aged eight, everyone else on her farm was still using Fowler steam engines,” said Colin, 62. “She married my father and moved here in her early twenties; she has been here for 65 years … She’ll never retire.”

Most of the friends that Joan used to farm with, the 88-year-old explained, are now living in nursing homes. But Joan has no intention of going into voluntary retirement.

“What would I do?” Joan reflected. “I’m afraid I couldn’t just sit and twiddle my thumbs. My advice to young people would be get up early and keep going; there is no other way!”