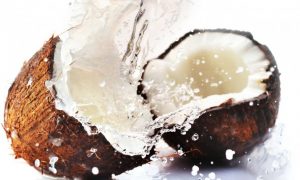 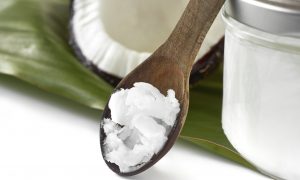 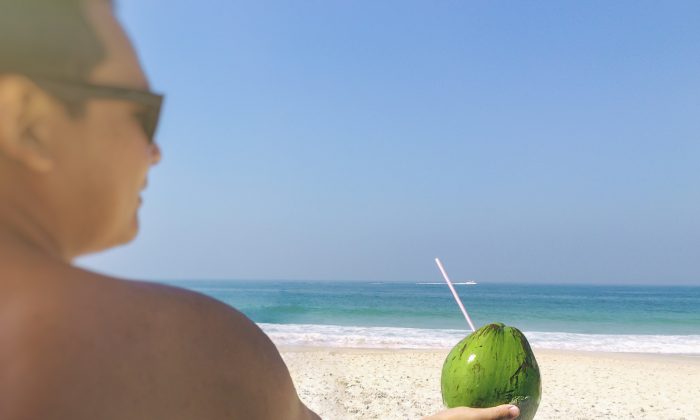 71% of Those Who Drank Coconut Water Lowered Their Blood Pressure

I have long been a fan of coconut oil as one of the most health-promoting of all plant-based fats.

I have spent nearly 15 winters in Hawaii, where fresh coconuts off the tree are readily available.

Coconut oil comes from the “meat” of the coconut.

If you’ve ever picked up a fresh coconut in the grocery store and shaken it, you’ve heard the liquid sloshing inside—this is coconut water.

Both coconut water and coconut milk come from coconuts, but they are not the same thing.

Coconut milk, known in Malaysia and Indonesia as “santan” and as “gata” in the Philippines, is a thick liquid made by grinding up coconut meat and then diluting it with plain water. Coconut milk is a rich source of healthy fat, protein, and energy and is often used in cooking, especially in Asian cuisine.

Coconut milk comprises of about 50 percent fat/protein and 50 percent water, and this is what you commonly see in cans in the Asian section of your grocery store.

Coconut water, on the other hand, is a clear, light, refreshing liquid (95 percent water) extracted from young, green coconuts that have not reached maturity. These look much different from the brown hairy ones you commonly see in the produce section—they are white, smooth, and pointed on one end, flat on the other.

When you can find them, young coconuts will be in the refrigerated produce section because they are perishable.

It turns out that BOTH the “meat” and the liquid of coconuts are nutritional powerhouses!

‘Dew from the Heavens’

Hawaiians call coconut water “noelani,” which means “dew from the heavens.” Many tropical cultures prize coconut water above all other beverages due to its rehydrating and health renewing properties. Not only is coconut water good for you, it’s good for plants too, having been traditionally used as a growth supplement in plant propagation. As a result of the rich volcanic soils and mineral-rich seawater in which coconut palms grow, coconut water’s nutritional profile is very impressive.

Coconut water also has an alkalizing effect on your body, which can help correct the cumulative effects of acidifying foods that make up most diets today. For a complete nutritional profile, refer to the tables at the Coconut Research Center site. The list of health benefits of coconut water is impressive, and growing by leaps and bounds with each new scientific study.

Addressing every one of these areas is beyond the scope of one article, but I would like to touch on a few of the most impressive areas where coconut water may give your health a boost. According to Bruce Fife, author of Coconut Water for Health and Healing and one of the leading coconut experts, scientific research and clinical observation have shown coconut water to have the following broad-spanning health benefits:

Electrolytes are inorganic compounds that become ions in solution and have the capacity to conduct electricity. They are important for electrical signaling—and of course your brain, heart, muscles, and nervous system are all bioelectrical systems. Your cells use electrolytes to maintain voltage across their membranes and carry electrical impulses to other cells.

Things like water balance and blood pH depend on your body’s proper electrolyte balance, and you can suffer severe medical problems if your electrolytes fall out of balance.

Fresh coconut water is one of the richest natural sources of electrolytes and can be used to prevent dehydration from strenuous exercise, vomiting, or diarrhea. You lose electrolytes (especially sodium and potassium) when you sweat, which must be replenished with food and water intake. Because coconut water naturally contains so many electrolytes, it’s been called “Nature’s Gatorade.”

The ONLY ‘Sports Drink’ I Recommend

For most average exercisers and athletes, sports drinks are not only a waste of your money, but more importantly, can actually worsen the health of most who use them. Less than one percent of those who use sports drinks actually benefit from them. Most sports drinks are loaded with things you DON’T want, like refined sugars, artificial colors, and chemicals, none of which are in natural coconut water.

If you exercise for 30 minutes a day at a moderate to high intensity, fresh, pure water is the best thing to help you stay hydrated. It’s only when you’ve been exercising for longer periods, such as for more than 60 minutes, or in the heat, or at extreme intensity levels, where you are sweating profusely, that you may need something more than water to replenish your body.

Besides plain water, coconut water is one of the best and safest options to rehydrate yourself after a strenuous workout. If you need the electrolytes, it will provide them. If you don’t need them, then it certainly won’t hurt you. And as you’re learning, coconut water has a mountain of other health benefits in addition to rehydration, which no commercial sports drink in the world can provide. Depending on how much salt you’ve lost through sweating, you might even add a tiny pinch of natural Himalayan salt to your glass of coconut water.

One study in 2007 found sodium-enriched coconut water to be as effective as commercial sports drinks for whole body rehydration after exercise, with less stomach upset.

Coconut water is sterile when it comes out of the coconut, and extremely similar in composition to human blood plasma. These unique properties make it so completely compatible with the human body that it can be infused intravenously into your bloodstream. Physicians have actually used coconut water successfully as an IV fluid for more than 60 years, especially in remote regions of the world where medical supplies are limited, and it has saved many lives. You can appreciate how safe and beneficial this natural beverage is, if it can be used intravenously!