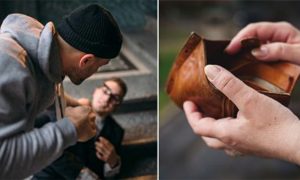 Teen Thief Steals a Wallet, but After Looking Inside He Hurriedly Goes to Police Station
0 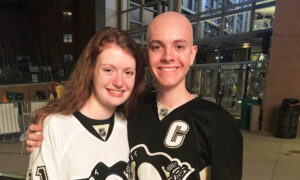 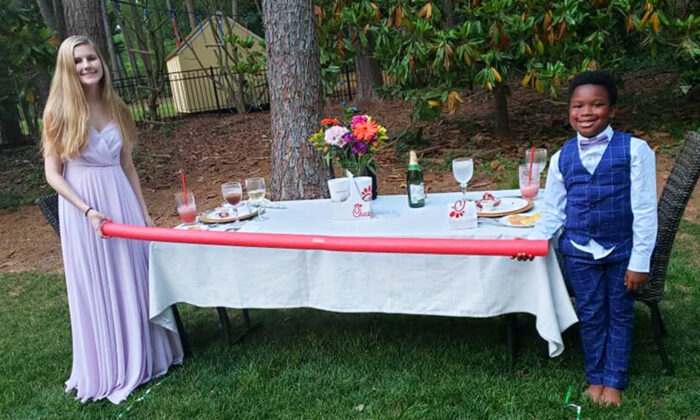 With the social distancing restrictions necessitated by the global pandemic, the prom is just one of the many things that high schoolers have had to forgo. But that didn’t sit right with a 7-year-old North Carolina boy.

When Curtis Rodgers heard that his favorite babysitter, high school senior Rachel Chapman, had had her prom dreams canceled, he and his mom decided to improvise a celebration of their own.

It all started when the pandemic separated Curtis from Rachel, who had been watching him for a year. The lockdown restrictions have kept the two apart for two months.

When Rachel’s school, Sanderson High School, decided to cancel prom for health and safety reasons, Curtis and his mother, Elissa, hatched their plan to re-create all the prom rituals—from dressing up, to a fancy meal, to dancing in their backyard. And the creative first-grader spared no effort to make it special.

“They’re awesome together,” Elissa told WTVD. “They have tons of fun. She’s really become a special part of our family. We love her.”

“I planned it out because Rachel probably wanted to see me a lot,” Curtis said. “She also is one of the best people I’ve known.”

For Rachel, getting a chance to wear her dress and feel special for one night meant a lot.

“He was very excited and wanted to make sure everything was just right and get his suit on and pick out his bowtie that matched her dress,” the proud mom said.

When Rachel arrived, Curtis escorted her to the decked-out yard with a pool noodle, which the two use to keep a safe distance between them.

Elissa said that she was glad that Curtis planned this prom. “[I]t was the first time I had seen him in two months, it was like, really fun,” she said.

After some photoshoots, they proceeded to a very carefully chosen meal. He even remembered Rachel’s favorite drink flavors and sauces. Once they had their meal, the two even had some traditional prom dancing, albeit at a distance. They used Google voice to be able to queue up their favorite songs without having to touch anything.

It was a fitting tribute to his favorite babysitter as she prepares to head off to college at Eastern Carolina University. Curtis, meanwhile, will be starting 2nd grade. Regardless of the distance, the prom showed just how tight their bond was.

“Curtis is such a fun kid and we’ve spent some much [sic] time together,” Rachel told WNCN. “It was really sweet, really thoughtful.”

“I decided that we should just do this now because the coronavirus has people down in the dumps,” the inspiring first-grader said.

Most importantly, the experience helped put a smile on the high school senior’s face. What her school couldn’t provide for her due to the pandemic her first-grade friend definitely could.

“I was kind of like bummed putting my dress on because I was sad; I don’t get to wear it to my senior prom,” she told WTVD.

As for Curtis, he emphasized that love will always win out, no matter what the circumstances.