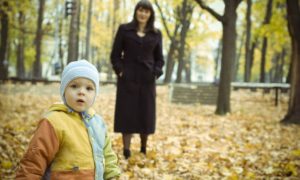 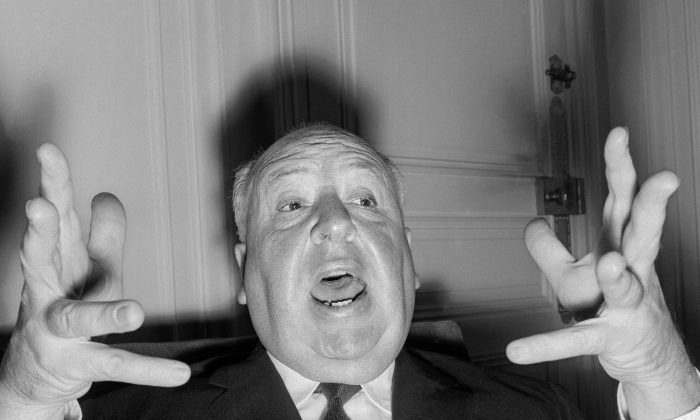 British film director Alfred Hitchcock (1899-1980) gestures as he gives a press conference in Paris to present his last movie 'Psycho' 18 October 1960. Given his chosen genre, it is a strange coincidence that he would have turned 100 years old on a Friday 13th. (STF/AFP/Getty Images)
Good to Know

Although any given day of the year could be filled with unusual events, there’s a particular creepy fascination with ill will that blows on Friday the 13th or other odd occurrences on that day. Here’s a look at a few Friday the 13th events in recent history.

The boy’s name was not released, according to British publications the Daily Mail and the Mirror. Rex Clarke, a St. John Ambulance team leader, told the Mirror: “Suddenly there was this huge crack of lightening really close to the seafront and really loud thunder. Seconds later we got a call someone had been hit. The boy was breathing and was conscious.” The boy had only a minor burn. Clarke said, “It’s all a bit strange that he was 13, and it happened at 13:13 on Friday 13.”

Given his chosen genre, this is an interesting coincidence. Celebrities born on Friday the 13th include the twins who rose to fame in the sitcom “Full House,” Mary Kate and Ashley Olson and former Cuban President Fidel Castro.

It was programmed to delete files on Friday the 13th.

13 Fascinating Facts About Friday the 13th

5. The Bhola cyclone killed an estimated 500,000 people in Chittagong and the surrounding area in Bangladesh on Friday, Nov. 13, 1970.

Cyclones have wreaked havoc on the area in other years, killing some 11,000 people in 1985, for example. But, the 1970 Friday the 13th cyclone is described by the Indian Ocean Naval Symposium as “the deadliest tropical cyclone ever recorded, and one of the deadliest natural disasters in modern times.”

6. A brutal murder that led sociologist to coin the term “Genovese syndrome” or “the bystander effect” shook the nation on Friday, March 13, 1964.

Catherine Susan (Kitty) Genovese was stabbed to death on her way to her home in Queens, New York, in the early morning as neighbors heard and saw and didn’t move to help. A newspaper article published shortly after the murder said some 30 or more neighbors had witnessed the event, shocking the nation. It’s possible only a few saw the encounter and others merely heard the woman in distress.

A 2011 study co-authored by Brown psychology professor Joachim Krueger reexamined the Genovese syndrome. Krueger told New York magazine: “people in a group do, individually, become less likely to help. It’s the volunteer dilemma: ‘If there are 7 billion people who could save the world, why should it be me?’ ”

He said, however, his study showed people are more likely to help when the threat is more serious—so people would step in to help fight a fire more readily than they would to change a tire, for example.

7. On Friday, Oct. 13, 1972, the struggle to survive immortalized by the movie “Alive,” began when a Fairchild airplane carrying a rugby team from Montevideo to Chile disappeared over the Andes.

Given up for dead after days in the cold, 16 of the 45 passengers nonetheless survived. Ten weeks after the crash, two of the 16 were spotted. They had survived by eating the passengers who had died—a gruesome tale that captured the attention of the world.

Another plane crash on the same day killed 160 people. An Aeroflot Il62 airliner flying to Paris via Leningrad crashed near the Sheremetyevo airport, killing all aboard, UPI reported at that time.