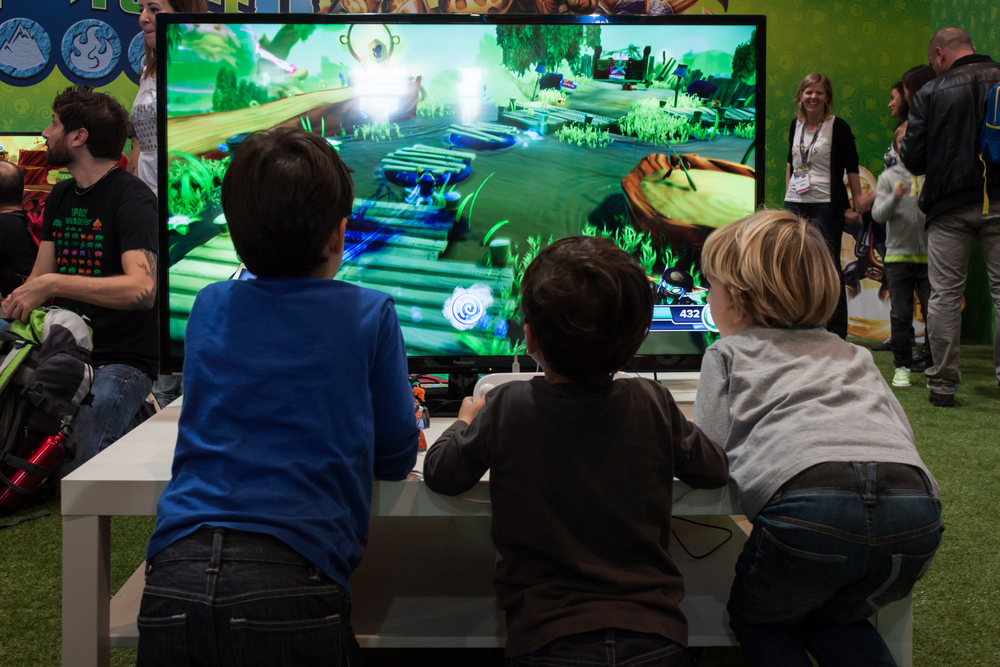 Video games have come a long way since the days of Pong and The Oregon Trail.

Today, the industry is a behemoth. In 2015, revenues in the United States hit $22.4 billion, according to the Entertainment Software Association.

Information about the effects of video games on children can be confusing. Many video games are touted as educational and video games are increasingly being used as learning tools in classrooms. Some research shows that video game play can lead to improved reflexes or multitasking skills.

Still, other research links video game play to conditions like ADHD and depression. The addictive nature of video games has garnered greater attention among mental health professionals in recent years. In 2015 The American Psychological Association found “a consistent relation between violent video game use and heightened aggressive behavior, aggressive cognitions, and aggressive affect and reduced prosocial behavior, empathy, and sensitivity to aggression,” according to Psychology Today.

The vast popularity of video games coupled with growing concerns about their effects on children puts parents under pressure. What once seemed like a harmless distraction can quickly turn into an everyday habit. And what once entertained the children for 20 minutes may now occupy an hour or more of their time.

If reducing or eliminating the time your children spend playing video games is a goal of yours, here are a few tips:

Understand the habit that has been formed around video games in your home. What time of day do your children tend to play them? Are there triggers that lead to video game play? (For example, after dinner, after they finish their homework, after they experience an emotion like stress, and so on.)

People form habits because they receive a benefit from them. What is the benefit your children are receiving from playing video games? Is it simply an escape from boredom, a way to socialize with their friends, an escape from something else?

Take charge of the time your children usually play video games and replace that activity with another that brings them a similar benefit. Outdoor activities, creative activities, fun with friends, and anything enjoyable in “real” life away from the screens would make great choices to answer boredom, for example. Consider your children’s unique interests and needs.

Changing your daily routine or simply removing a game console from your home or apps from your digital devices may reduce your children’s urge to play video games.

If you feel removing a device will be met with significant protests, an element of addiction may be at play. You know your children best; determine whether they’d respond better to being weaned off of their video game habit or quitting it cold turkey. Either way, stick to your plan.

Playing video games can eat up a lot of a child’s time. Perhaps the best benefits of reducing or eliminating that activity are all of the activities that replace it. Celebrate your children’s success in other endeavors and don’t be too afraid of their cries of boredom. Often, it is on the other side of boredom that massive amounts of creativity occur.