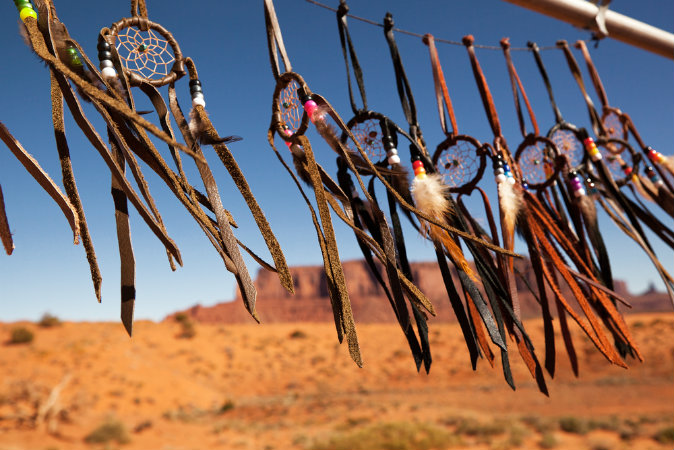 America has long been stamped as a place which has no culture although there is no denying that the country’s roots mingle with Indians and goes a long way back. In fact, up until today, Native America remains to be a subject of interest to a lot of people and for those who wish to get to know this side of America better, there are actually a lot of cool places that you can visit to get a feel and glimpse of the native culture. Here are some stops to make on your Native American adventure.

There is no denying that Native American culture is one of the most interesting and if you are looking for a cultural immersion, Santa Fe is one of the most perfect stops. In fact, you might even be persuaded to go on a return trip. There are a lot of native crafts which are on sale in the plaza. August is a really good time for a visit as it is the time for the Indian market where you can get your fill of eats and arts. While here, be sure to visit the museums as well as Loretto’s Inn and Spa which is definitely an architectural wonder.

This place is home to approximately 22 tribes and there are so many stops that emphasize the cultural history of the place including Chirachua National Monument’s rock formations and the Sky Island Mountains. The Heard Museum is a must when you are visiting this place and it hosts the largest Indian Fair and Market in Arizona. You can also find the Pueblo Grande Museum and Archaeological Park in a partially excavated platform. During the month of December, there is also an Indian market where you can enjoy various performances, listen to music and do a bit of dancing.

The Gathering of Nations that takes place during the 4th week of April seems like the best time for a visit. This is actually an extravagant gathering of tribes which is deemed to be the largest Native American event in the world. Miss Indian World is also crowned during this ceremony. During this time, there is so much dancing in the arena and the deafening beat of the drums will certainly put people in a trance. The nearby Santa Ana Pueblo certainly deserves some exploring and it would be great to listen to baking demonstrations by the tribal members.

As home to one of the Denver Art Museum, there is so much to see in here that will attract people who are interested in American Indians. Dances, costumes and even fry bread are quite popular here. Aside from that, there’s the Indian food which is sure to attract people who are on a gastronomic journey. Two of the favorite Indian food includes the bison ribs and the tacos.

Another place which is overrun with museums and galleries which are dedicated to American Indians is Taos. Among the numerous places to explore culture, the Millicent Rogers Museum is deemed to be the most outstanding. The Taos Pueblo which dates back to the 13th century still exists and exploring this place is a good way to experience life as these natives know it. There are walking tours here and if you are up for a charming view, head out to the Rio Grande Gorge where you can cross the long span bridge.

There is no denying that American Indians remain to be one of the most fascinating cultures in the world. And, given the amount of interest that they are attracting, it would be an unparalleled experience to know them better through your travels.

This article was written by Marie A. originally published on www.etravelblog.com. Read the original here.

*Image of dreamcatchers via Shutterstock