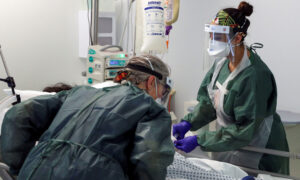 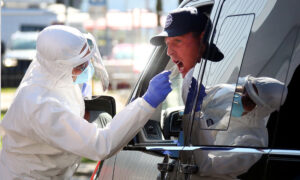 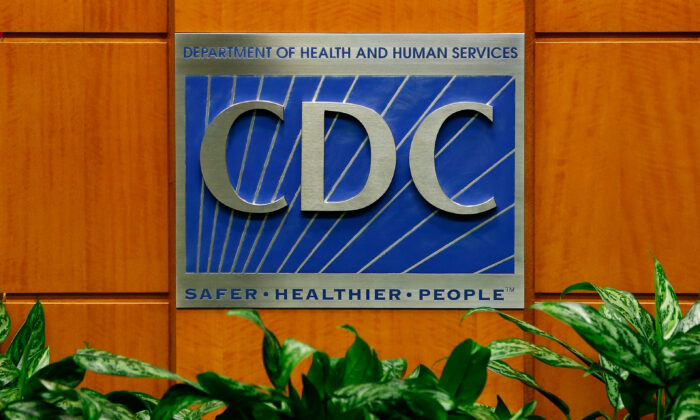 A podium with the logo for the CDC (Kevin C. Cox/Getty Images)
Mind & Body

Social media is abuzz with news of a new death count for COVID-19 with some commentators suggesting it makes this novel virus appear far less threatening than previous figures have portrayed.

The debate that followed has revealed the fault lines and trust issues affecting how governments and people have grappled with the pandemic.

The remaining 94 percent of deaths had two to three co-morbidities in addition to COVID-19. Most people that have died from the virus have been of advanced age.

The figures got little coverage from most media outlets, but the figure inspired a #sixpercent hashtag on Twitter. Many claimed the figure is proof that the restrictions enforced over the last six months have been an overreaction that did more to ruin the economy than save lives.

Death counts have been one of many points of suspicion throughout this pandemic response, with accusations that officials want to keep numbers high in order to justify an ever extending period of restrictions.

Concrete details—such as the CDC directive that appears to contradict normal policies on cause-of-death records by compelling physicians to list COVID-19, and financial compensation schemes that raised concerns that hospitals were being incentivized to treat COVID cases with ventilators—help fuel this suspicion.

Another detail comes from an April press conference, when White House Coronavirus Task Force coordinator Dr. Deborah Birx told reporters that, compared to other countries, the United States had “taken a very liberal approach to mortality.”

“There are other countries that if you had a preexisting condition, and let’s say the virus caused you to go to the ICU and then have a heart or kidney problem. Some countries are recording that as a heart issue or a kidney issue and not a COVID-19 death,” Birx said. “The intent is if someone dies with COVID-19, we are counting that as a COVID-19 death.”

So what does this new six percent number tell us? Several tweets (some of which have been censored) say the figure represents the number of people who “actually” died of COVID-19, while everyone else died of some other cause and merely tested positive for COVID-19.

But according to the National Center for Health Statistics (NCHS) the truth is more complicated. NCHS is the organization that uses incoming data from death certificates to produce provisional COVID-19 death counts, and provide summaries that examine deaths in specific categories and in greater geographic detail.

Robert Anderson, chief of the Mortality Statistics Branch at NCHS explains that death certificates list any causes or conditions that contributed to death.

For those who believe that the remaining 94 percent of recorded COVID-19 deaths have nothing to do with the virus, Anderson stresses that the virus does indeed play a role in fatality, especially when there are other illnesses involved.

“These data are consistent with CDC guidance that those with underlying medical conditions are at greater risk for severe illness and death from COVID-19,” he said. “It is especially important for people at increased risk of severe illness from COVID-19, and those who live with them, to protect themselves from getting COVID-19.”

With an increasing death and case count consistently dominating the news cycle, why did officials wait until now to release this new six percent figure? The CDC report says it’s a matter of time and bookkeeping. Death certificates take time to be completed, states report at different rates, officials need extra time to code COVID-19 deaths, and other reporting systems use different definitions or methods for counting deaths.

The CDC states that tracking all the deaths involving coronavirus “can provide information about whether an excess number of deaths is observed, even when COVID-19 mortality may be undercounted.” Fatalities due to these other causes of death “could represent misclassified COVID-19 deaths, or potentially could be indirectly related to COVID-19,” (such as deaths due to an overburdened health care system).

Since those already struggling with chronic health issues are by far at greatest risk of dying from the virus, Anderson urges that people in this category (and those who live with them) still need to take precautions.

“Limit your interactions with other people as much as possible,” Anderson said. “Take precautions to prevent getting COVID-19, such as wearing a mask and staying at least 6 feet apart when you do interact with others.”

But with a disease where 80 percent of the people who test positive show no symptoms, where the spread of the disease by asymptomatic carriers was described by the World Health Organization to be “very rare,” and where an increase in suicides have occurred since the lockdown began due to stress and isolation, debate over the six percent figure will likely exacerbate divisions over our COVID-19 response.