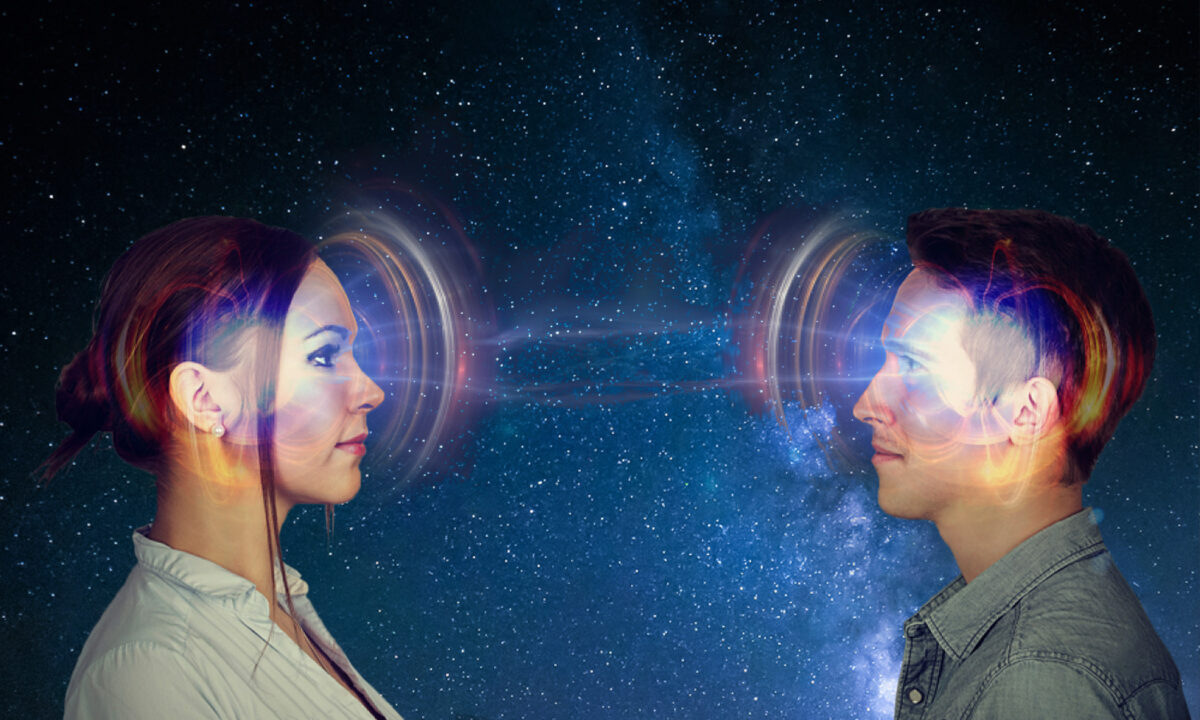 Professor of aerospace science and dean emeritus of the School of Engineering and Applied Science at Princeton University Robert G. Jahn unexpectedly began studying psychic phenomena some 30 years ago.

One of his best students asked him to supervise her research on psychokinesis. She planned to use her expertise in computer science and electrical engineering in the study. Though Jahn had no experience with psychic phenomena personally or professionally, he agreed and helped her forge a scholarly path.

“My initial oversight role in this project led to a degree of personal involvement with it, and that to a growing intellectual bemusement, to the extent that by the time this student graduated, I was persuaded that this was a legitimate field for a high technologist to study and that I would enjoy continuing to do so,” he wrote in a 1982 paper titled “The Persistent Paradox of Psychic Phenomena: An Engineering Perspective.”

He described with a poetic flare the journey into the mysteries of human consciousness on (often inadequate) vessels of modern science. His unique style casts the dramatic light of human history’s stage on the challenges of scientifically reconciling physical and psychic phenomena.

Here are some of his insights, gathered from his 1982 paper and also a 2005 paper, co-written with B.J. Dunne, titled “Consciousness, Information, and Living Systems.”

1. Scientists in a Lab Couldn’t Be Expected to Produce an Artistic Masterpiece

Jahn addresses some common criticisms against studies of psychic phenomena. He wrote: “The evasiveness of the phenomena under carefully controlled and observed study may be the most damning criticism of all, or it may also constitute a valid and illuminating phenomenological characteristic.”

He said the tightening of observation may actually inhibit positive results. He said it may be like creating a work of art:

There should be little quarrel that the creative processes of artistic, musical, or literary composition, or of lofty philosophical thought in general, are not usually facilitated by rigid constraints or by the presence of a body of unsympathetic observers. The importance of favorable ambiance and mood for such efforts is intuitively and demonstrably clear, and little creative achievement is likely to occur in overly sterile or hostile environments.

Quantum physics experiments have shown that the observer can affect the results of an experiment by the act of observation.

“The experimental results are rarely replicable in the strict scientific sense,” he wrote. “But the anomalous yields are well beyond chance expectations and a number of common features thread through the broad range of reported effects.”

2. The ‘Fog-Shrouded Swamp’: A Poetic Analogy for Studying the Bizarre

The prologue to Jahn’s 1982 paper poetically describes the scientist’s trudge through mire to retrieve the treasured insights lost in its fog:

The world of psychic phenomena might be likened to a vast, fog-shrouded swamp, wherein are reported to dwell a bewildering array of bizarre phenomenological creatures, all foreign to our normal perceptual and analytical catalogs.

Some scholars who have explored this clouded domain have returned to announce categorically that all such life is illusory — mere sunken stumps and swirling subsurface shadows, inviting misperception by the gullible and misrepresentation by the purveyors. But others of comparable conviction have described in minute detail their observations of a variety of extraordinary beings of awesome dimensions and capability.

Some of these are claimed to appear unexpectedly, erupting from the roily depths to flash momentarily in the sunlight of human experience, only to disappear again before any systematic calibration of their characteristics can be taken.

Others are reportedly enticed to more replicable and controlled behavior, but only by persons of special talent or extensive training. Much invalid, even fraudulent evidence of such activity has been touted by exploiters of these mysteries, thereby casting deep suspicion on all other testimony.

When fully sifted, only a very few legitimate specimens seem to have been captured, by tediously deliberate trolling of the brackish domain, or by more incisive invasion of its turbid interior, and even these have proven so incomprehensible and so delicate to exposure, and the imposed criteria for their credibility have been so severe, that they have not been fully persuasive. Yet the goal remains alluring, and the search continues.

Perhaps the first major scientific commentaries on the topic were offered near the turn of the 17th century by Sir Francis Bacon, widely regarded as the originator of the scientific method. In ‘The Advancement of Learning’ he suggested that ‘superstitions and the like’ should not be excluded from scientific study, and in his posthumous book, ‘Sylvia Sylvarum,’ he proposed deliberate investigation of telepathic dreams, psychic healing, and the influence of ‘imagination’ on the casting of the dice.

Harvard psychologist and philosopher, and one of the founders of the American Society for Psychical Research, William James was also a major contributor to “the evolution of critical thought on this topic,” wrote Jahn.

Any one with a healthy sense for evidence, a sense not methodically blunted by the sectarianism of ‘science,’ ought now, it seems to me, to feel that exalted sensibilities and memories, veridical phantasms, haunted houses, trances with supernormal faculty, and even experimental thought-transference, are natural kinds of (phenomena) which ought, just like other natural events, to be followed up with scientific curiosity.

4. Growth of Psychic Studies Resembles Formative Days of Other Sciences

After reviewing the history of psychic studies, Jahn concluded:

In many respects the growth pattern of this field resembles that of the natural sciences in their earliest days, or perhaps even more the incubation of classical psychology, in terms of the absence of replicable basic experiments and useful theoretical models, the low level of financial support and internal professional coordination, and the low credibility in the academic establishment and public sectors. Also like those fields, the survival and early growth of psychic research can largely be attributed to the efforts of a few scholars of sufficient conviction, stature, and courage to withstand the rejection of the orthodox communities.

The role of human consciousness in the physical world should be one of science’s new frontiers, he said. From the 1940s through to 1982, some 50 theses on psychic topics had been accepted at reputable universities.

5. Psychic Process Commonplace in the Distant Past?

Interestingly, Jahn wrote: “The Bible, like most other basic theological texts, treats psychic process as a central ingredient, in a tone so matter-of-fact that one is inclined to believe that people of those times accepted such events rather routinely.”

6. The Value of Psychic Studies in the Information Age

The emergence of information as a third major scientific currency, along with the development of increasingly sensitive and complex tools for its clarification and deployment, have now introduced questions of how to accommodate issues of context and meaning, both of which are inherently subjective yet critical aspects of pragmatic information.

He wrote: “Subjective factors not only might be relevant to the perception of physical reality, but actually might be critical components of its essential nature.”