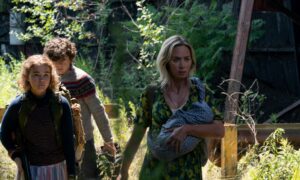 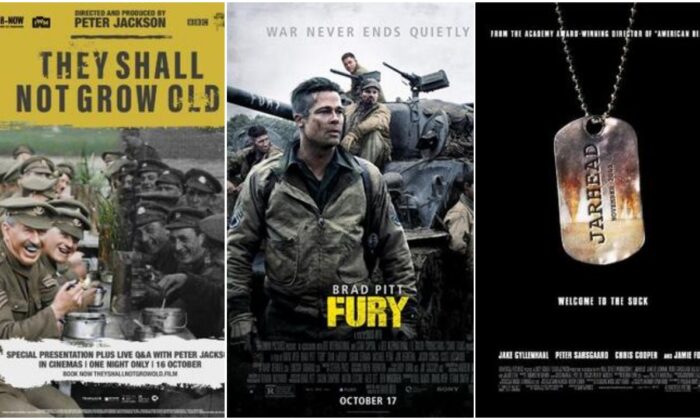 5 War Films From This Century to Watch This Memorial Weekend

“War is hell,” General William Tecumseh Sherman once stated. Indeed he brought hell into Georgia during the Civil War. Perhaps one of the best ways to remember this truth is through film.

Filmmakers the world over have contributed beautiful and devastating works to commemorate the wars of the past. One would always hope that those who create such films are not doing so in order to glorify war, but rather to honor those who have served and further the argument against such conflicts. Mel Gibson said after directing “Hacksaw Ridge” that every war film is an anti-war film. The very content itself should be enough to dissuade anyone from relishing its engagement.

The following cover five different wars or conflicts of the past century, but the films themselves were all created this century.

New Zealand filmmaker Peter Jackson took on a project of immense proportion and incredible importance with his World War I documentary. When one watches World War I footage, with its quick-moving frames, the images have a surreal quality. Jackson’s team adjusted this frame rate discrepancy by slowing down the film to match the modern viewing experience. His team also added color to the images, and sound and music. Slowing film footage, colorizing, and adding music and sound has been done before, but never at this scale and never for something so important.

With the addition of sound editing―explosions, gun shots, tanks, and voices―the film brings the war to life. Most importantly, Jackson incorporates audio recorded interviews of World War I veterans. The film starts in much the same manner as the war itself, when soldiers were danced off to war in hopeful anxiety—the hope that the war would end quickly and would be as those experienced in the Napoleonic era, yet the anxiety of knowing it was war nonetheless.

Jackson lulls the viewer into a false sense of believing this dance will continue throughout the film. The film, however, slowly crescendoes into its gruesome reality. It is heartbreaking to watch, especially knowing the world would endure the tumult again with the rise of the next generation.

World War II movies have placed the viewer on the front lines, in command posts, on ships, and in planes. “Fury” does something incredibly rare. It places the viewer inside the tank.

Tank divisions have always been presented from afar. The closest one gets to a tank in the movies is when a soldier ascends the hatch to make a comment, or when enemy soldiers try to escape a tank that has become a burning inferno, or from afar as it rolls through a destroyed town. The soldiers of tank units become nameless, almost faceless. This movie is immersive in a way you won’t experience in any other World War II movie simply because of its setting.

Brad Pitt, Shia LaBeouf, Michael Peña, Jon Bernthal, and Logan Lerman establish a family of brothers inside a small metal moving home, brutalizing each other with insults, doing all they can to protect each other, and exemplifying the stress created from extremely close quarters in a time of war. There are other recent World War II movies that have fared better among the critics (not to say it didn’t perform well), but there isn’t another one like it.

Based on the book “Jarhead: A Marine’s Chronicle of the Gulf War and Other Battles” by Anthony Swofford, “Jarhead” follows the path of a Marine from recruit to boot camp to the Gulf War. It is an uncensored and harsh introduction into the barrack life of the Marines. It is not a war film that presents much combat, but rather is a day-in-the-life-of.

Jake Gyllenhaal provides a superb performance as the lead character, along with memorable performances by Jamie Foxx and Peter Sarsgaard. There are scenes in the film that will stick with you, which is simply a staple of films by Sam Mendes. It is not the overly graphic, but rather the subtly disturbing moments that leave an impression on the viewer’s mind.

At the end of the movie, on the bus ride through town, Mendes directs one of the most powerful moments in war film history. It is a stark reminder of how soldiers―regardless of the conflict―should be received in their return home. It is not the soldier who dictates the wars; the soldier merely fights as best he or she can.

“Lone Survivor” has become the definitive film for the War in Afghanistan. Based on Marcus Luttrell’s harrowing book by the same name, the story is of the ill-fated mission to eliminate Taliban leader Ahmad Shah. It becomes a fight for survival in the rough terrain of Afghanistan with all-SEAL team members killed, save Luttrell, played by Mark Wahlberg.

When Luttrell suggests he is ready to punch the timecard, it is time to prepare for some of the most intense shooting and tactical movement on film. Heavily outnumbered, the SEALs work to protect each other and survive. It is a story of brotherhood refined by fire, survival against every odd, and humanity found in a place where one would not expect.

The film is based off of Mitchell Zuckoff’s book of the same name. Though technically not a war, it was a fight by American soldiers on American soil (the U.S. embassy in Libya). The viewer is placed amidst the frustrations of bureaucracy when the need for help is visible. It is a movie that calls into question what the right decision is when the right decision appears so obvious. It is about preserving innocent lives and the costs required to perform such an unenviable task.

Michael Bay directs this film and practices heavy restraint to not turn it into a silly movie about special effects. The fight sequences are incredibly memorable and the acting, led by John Krasinski, is exceptional.

The film captures a moment that is small in scope and can easily be forgotten or misremembered. “13 Hours” is a testament to soldierly courage in a moment of practical hopelessness.

This is far and away not a definitive list, nor does it aim to be. There are numerous other war films from this century that are more than worthy of your time, such as “1917,” “Dunkirk,” “We Were Soldiers,” and “Black Hawk Down.”

What war film from this century do you think people should watch this Memorial Weekend and why? Leave your recommendation in the comments section.