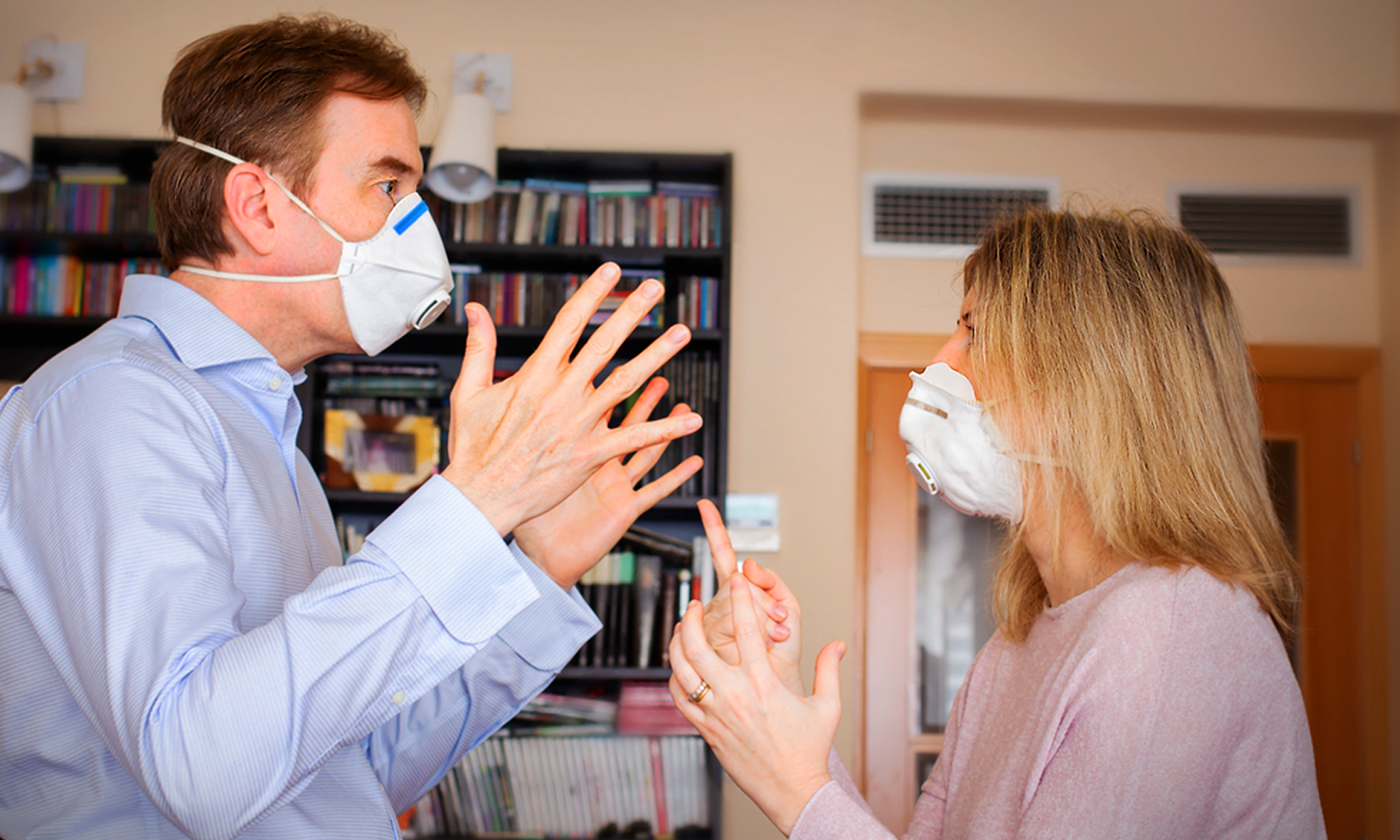 For better or for worse, the pandemic has thrust many spouses into spending more time together than in pre-pandemic times. Normal, mundane concerns about money, domestic chores, and child-rearing have taken a backseat to more overwhelming concerns about health and even mortality.

Not to mention, remote working, reduced freedoms, and the confines of a shared living space—all of which are pushing many relationships to the brink.

Psychologists and relationship experts have come forward in droves to offer advice for stressed-out spouses. Here are five tips that many agree are crucial for keeping a marriage strong amid a global crisis.

1. Remember, this is not normal.

An Ipsos poll released on Aug. 4, 2020, found that one in five married or partnered people were fighting more with their significant other during lockdown. Yet the long-term effects of the pandemic on cohabiting couples remain unknown.

“People are asking themselves, ‘What if I get sick?’ ‘What if my partner gets sick?’ ‘What if we can’t get enough food?’ ‘What if we lose a job?’”, Berkeley psychologist Robert Levenson told Greater Good Magazine. “This is a crucible that people are being thrust into, and it’s just not business as usual.”

Thus, keep vigilant and be proactive about how you handle your relationship (the subsequent tips may help). And remain hopeful that life will return back to normal, as it should.

2. Allow yourself to feel bad.

As routines are disrupted and tempers fray over being stuck indoors, it stands to reason that moods, energy levels, and productivity suffer.

“Everyone right now is experiencing some form of stress. And while these responses are incredibly common, many people negatively judge themselves for having them,” said Iris Mauss, an associate professor of psychology at Berkeley.

Yet, she added, research shows that the more people allow themselves to feel negative emotions, the quicker they resolve themselves and the less damage they cause. And don’t forget self-care; the roles of gentle exercise, sleep, and meditation have never been more important.

3. Watch out for these 4 behaviors in yourself.

Psychologist John Gottman highlights four destructive behaviors he calls the “Four Horsemen” in his research-based approach to relationships. Those horsemen are criticism, contempt, defensiveness, and stonewalling.

These four behaviors have ample opportunity to thrive in a lockdown situation, but if spouses find themselves at loggerheads, it is imperative for both to take a step back and work out how to meet halfway.

“Being able to identify the Four Horsemen in your conflict discussions is a necessary first step to eliminating them and replacing them with healthy, productive communication patterns,” advised Ellie Lisitsa of The Gottman Institute.

4. Watch out for unequal power dynamics

“The extra burden on women to manage the household and children, and the expectation that this is the case, explicitly or not, can create an unequal power dynamic that values one person’s work more than the others,” Dr. Jessi Gold, psychiatrist and assistant professor at Washington University in St. Louis, told The New York Times.

Resentment can fester, warned Gold, yet while some disparity in parenting roles is unavoidable, some isn’t.

Child psychologist Dr. Cynthia Rogers, Gold’s colleague at Washington, encourages spouses to talk openly about “ways the partner with fewer responsibilities can both acknowledge and support” the person taking on more.

New York Times columnist Vanessa Marin, a licensed psychotherapist, advises partners to check in with one another daily and be intentional about spending time together, while carving out separate working spaces if possible. It remains important, said Marin, to ask your partner how they are doing on an emotional level.

Levenson firmly believes that the lockdown could strengthen some marriages, but only if spouses are willing to work at it. “For most of us, this is going to be one of the single, defining social moments in our relationship,” he said.

“It’s a lot like that very challenging stage of a relationship when you first move in together after dating, and you’re discovering things about yourself and your partner as a couple that are really important building blocks for the kind of life you’re going to have together,” Levenson reflected.