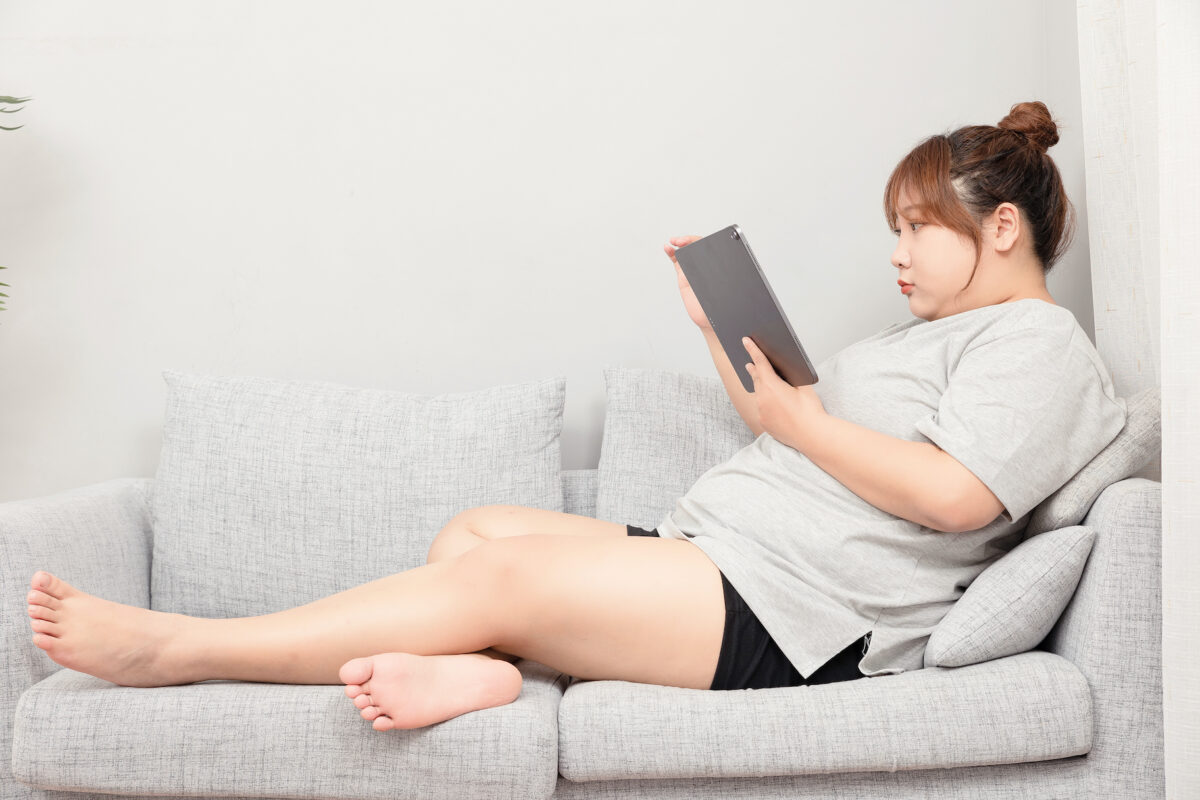 5 Surprising Factors That Make You Pack on Pounds

Two out of three Americans are now either overweight or obese. Obesity has become the number one form of malnutrition in the country, and no group has been hit harder than our children.

Childhood obesity in the US has nearly tripled since 1980, and one in five kids is now overweight by age six; 17 percent of children and adolescents are obese.

As noted in a recent article by investigative health reporter Martha Rosenberg, the weight of the average American increased by 24 pounds in the four decades between 1960 and 2000.

Contrary to popular belief, obesity is not simply the result of eating too many calories and not exercising enough.

In her article, she reviews five scientifically-backed factors that contribute to Americans’ expanding waist lines, which I’ll review here. I’ve also covered all of these more in-depth in previous articles, so for additional details, please follow the hyperlinks provided.

Contrary to popular belief, obesity is not simply the result of eating too many calories and not exercising enough.

While those are part of the equation, there are a number of other environmental and lifestyle factors that are likely to play a much more significant role, if nothing else because most people don’t realize they’re affected by them, and therefore fail to address them.

#1: Antibiotics in Food and Medicine

Compelling evidence suggests antibiotic overuse and obesity are intricately linked, although the reasons why didn’t become clear until we discovered how your microbiome influences your weight.

Antibiotics can save your life if they’re necessary, such as if you develop a serious bacterial infection, but you don’t need antibiotics for every ear, nose, or throat infection you come down with.

Remember that antibiotics are useless against the viral infections that cause the common cold and the flu, and when used for this purpose, they will only harm your health by wiping out the good bacteria in your gut.

Beneficial bacteria (probiotics) are, in fact, so crucial to your health that researchers have compared them to “a newly recognized organ,” and have even suggested we consider ourselves a type of “meta-organism.”

This is an acknowledgment of the fact that we cannot be healthy without the participation of a vast array of beneficial microbes. While overused in medicine, the primary source of antibiotic exposure is actually through your diet.

The US uses nearly 30 million pounds of antibiotics each year to raise food animals.This accounts for about 80 percent of all antibiotics used in the US. In livestock, antibiotics are used both to ward off disease and to promote weight gain.

Research suggests antibiotics have the same effect in humans. According to data analyzed by journalist Maryn McKenna, the states with the highest levels of antibiotic overuse also have the worst health status in the United States, including the highest rates of obesity.

#2 Other Growth-Enhancing Drugs Used in Livestock

Other growth-enhancing drugs are also used to fatten up livestock, and these too may wreak havoc on your health. Ractopamine is one example. This beta-agonist drug works as a growth promoter by increasing protein synthesis, thereby making the animal more muscular.

In human medicine, beta-agonists are also found in asthma medication, and stubborn weight gain is in fact a common complaint among asthma patients using Advair (a beta-agonist drug)—so much so that the manufacturer has added weight gain to the post-marketing side effects.

Many of the growth-enhancers routinely used in the US are banned around the world for their potential health hazards, which go far beyond weight gain.

Side effects such as reduced reproductive function, birth defects, disability, and death are reported side effects of ractopamine in various animals, and if you’re eating CAFO animal products on a daily basis, there’s no telling what it might be doing to your health…

Many confined animal feeding operations (CAFOs) also use hormones to boost growth, and this routine practices is also banned in many other countries. As noted by Rosenberg:

“[B]anned in European countries are the hormones US cattle growers rely upon, such as oestradiol-17, trenbolone acetate, zeranol and melengestrol. Zeranol may have more actions than just making mammals fat.

It is a ‘powerful estrogenic chemical, as demonstrated by its ability to stimulate growth and proliferation of human breast tumor cells in vitro at potencies similar to those of the natural hormone estradiol and the known carcinogen diethylstilbestrol,’ says the Breast Cancer Fund.

Translation: it may be linked to US breast cancer rates, too. No wonder Europe doesn’t want our beef.”

Many common household chemicals are known as endocrine disruptors, a number of which are found in plastic products. These chemicals are similar in structure to natural sex hormones such as estrogen, and can interfere with their normal functions.

Some of the most pervasive examples include bisphenol-A (BPA), PCBs, phthalates, triclosan, agricultural pesticides, and fire retardants.

As Rosenberg notes, endocrine disruptors are not only associated with an elevated risk for infertility, low sperm counts, precocious puberty, diabetes, and other health problems. They’ve also been linked to obesity.

“As early as 2003, the journal Toxicological Sciences addressed effects that endocrine disruptors have on fetal development that likely play a role in adult obesity,” Rosenberg writes.

Interestingly, many endocrine disrupting chemicals have been found to promote weight gain specifically at below-toxic levels. As noted by the authors of that paper:

“This article presents data showing that the current epidemic in obesity cannot be explained solely by alterations in food intake and/or decrease in exercise.

There is a genetic predisposition component of obesity; however, genetics could not have changed over the past few decades, suggesting that environmental changes might be responsible for at least part of the current obesity epidemic…

Indeed, many synthetic chemicals are actually used to increase weight in animals. This article provides fascinating examples of chemicals that have been tested for toxicity by standard tests that resulted in weight gain in the animals at lower doses than those that caused any obvious toxicity.  These chemicals included heavy metals, solvents, polychlorinated biphenols, organophosphates, phthalates, and bisphenol A. This is an aspect of the data that has generally been overlooked.”

The business of artificial sweeteners is built on the idea that no- or low-calorie sugar substitutes will help you lose weight. Unfortunately, this simply isn’t true. Research has repeatedly shown that artificially sweetened “diet” foods and beverages tend to stimulate your appetite, increase cravings for carbs, and stimulate fat storage and weight gain.

Part of the problem is that artificial sweeteners trick your body into thinking that it’s going to receive sugar (calories), and when the sugar doesn’t arrive, your body signals that it needs more, which results in carb cravings. This connection between sweet taste and increased hunger can be found in the medical literature going back at least two decades.

Last but not least, there’s the issue of junk food marketing, which is particularly detrimental when aimed at kids. Kids are quite literally being deceived and manipulated into destroying their health potential by junk food companies seeking revenue. There’s really nothing “accidental” about rising childhood obesity rates when you take deceptive marketing into account… Marketing to children has actually turned into a full-blown science. For example, “the nag factor” has been studied to the point that marketers can be advised on what kind of tantrums are most likely to push parents into giving in to their child’s demands!

The avenues for marketing have also grown exponentially over the past 30 years, thanks to rapidly evolving technological advances. Marketing is no longer restricted to TV and magazine ads. Kids are now exposed to marketing via brand licensing, product placement, schools, stealth marketing, viral marketing, DVDs, games, and the internet. According to a 2013 report by the Institute of Medicine (IOM), children aged 2-11 now see an average of more than 10 television food ads per day. And nearly all (98 percent) of these are for products that are high in processed, damaged fats, sugar, and/or sodium. Most (79 percent) are low in fiber.

What we’re seeing is a rise of “360 degree immersive marketing,” designed to turn children into loyal lifelong consumers, and when it comes to processed foods, kids are being brainwashed into believing junk foods will make them healthy and happy. The truth, however, is diametrically opposed to such propaganda…

United Nations Special Rapporteur on the right to food, Olivier De Schutter recently warned that “obesity is a bigger global health threat than tobacco use.” The American Society of Clinical Oncology (ASCO) also recently issued a position statement on obesity and cancer, in which they too state that “obesity is quickly overtaking tobacco as the leading preventable cause of cancer.” During this year’s World Health Organization’s annual summit, De Schutter urged nations to join forces to place stricter regulations on unhealthy foods, saying: “Just as the world came together to regulate the risks of tobacco, a bold framework convention on adequate diets must now be agreed.”

Your Weight Reflects Your Lifestyle Choices

As you can see, a number of factors can contribute to your weight problem. Simply eating fewer calories and exercising more usually doesn’t work very well, and the reason for that is because not all calories are the same. Rather than focusing on calories, you need to address the quality of the foods you eat, and avoid chemical exposures. Many people end up throwing their hands up in disgust when trying to clean up their diet, complaining that once they start to read labels, they realize there’s “nothing safe to eat.” If this sounds like you, you’re probably still looking at processed foods, trying to figure out which ones are “good” for you, and that’s the problem.

If you’re seeing an ad for a food that promises to do you a world of good, it’s probably misleading..

The list of ingredients to avoid is just about endless, and keeping track of it can be really discouraging. The answer is to create a list of healthy options instead, which is far shorter and easier to remember. And, when it comes to advertising, keep in mind that whole unadulterated “real foods” are rarely if ever advertised, so if you’re seeing an ad for a food that promises to do you a world of good, it’s probably misleading…

The following short list of just three super-simple, easy-to-remember guidelines will not only improve your nutrition, it will also help you avoid countless chemical exposures that can affect your weight:

1.Buy whole organic foods, and cook from scratch. First of all, this will automatically reduce your sugar consumption, which is the root cause of insulin resistance and weight gain. If you buy organic produce, you’ll also cut your exposure to pesticides and genetically engineered ingredients, and in ditching processed foods, you’ll automatically avoid artificial sweeteners and harmful processed fats.