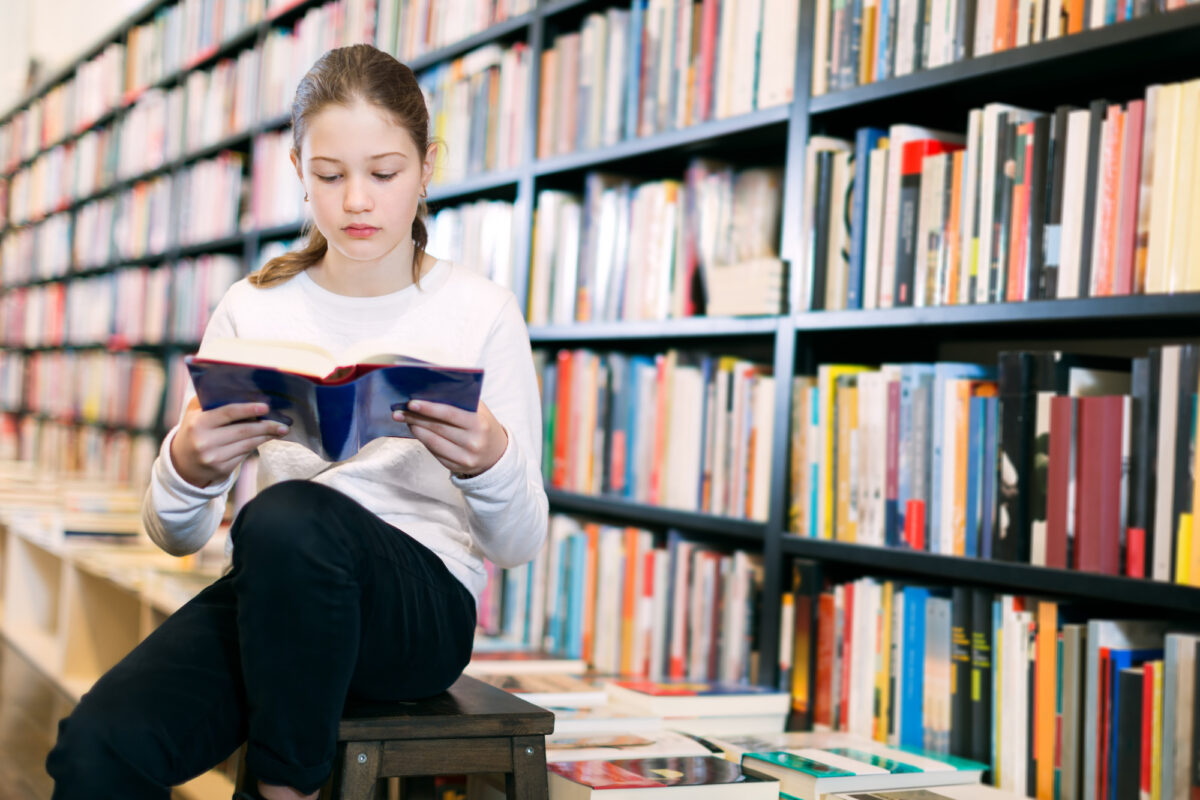 Compared to the wealth of nonfiction books for adults that tackle the topic of communism, much less is available for young readers (BearFotos/Shutterstock)
Family & Education

With the American Library Association’s recent announcement of a Marxist as its next president, there’s never been a better time to hunker down and educate your children on the evils of communism.

While there’s a wealth of exceptional nonfiction works (meant for adults) taking communism to task, there remains much less out there for young readers. (Publishers, that’s your cue!)

Fortunately, a small but extremely compelling body of children’s literature, aimed primarily at middle-grade readers, exists that can serve just this purpose. Most are titles you’ve probably never heard of; few make their way into curricula.

All have in common that they thrust you into the shoes of their narrators, and—as the saying goes—have you walk a mile. A tough, even terrifying, mile. Each makes for a remarkably eye-opening experience.

(If your kid thinks an hour or two of weekend chores count as hardship, they’re in for a much-due reality check.)

These are memoirs as well as real-life, real-event-inspired stories that capture powerfully the pain, the betrayals, the turmoil, the violence, and the crushing oppression that accompany life under communist rule. Wherever it may be, whenever it may be.

Here’s a careful selection of four books to get you started. I’ve found these to be particularly compelling for my middle school readers (and many high schoolers, as well—even if not the intended audience). Together, they provide a sweeping and unforgettable picture of what’s wrong with Marxism and its political offspring, communism. They amount to a far-reaching indictment, all told, as they span four different countries and roughly a century of history. Lots of fodder for discussion with your young readers here.

And if you happen to find any titles particularly meaningful to your family or child, don’t forget to do your part and recommend them to your school board, teachers, library, or even bookstore.

There’s no reason not to expect curricular units, days of commemoration, and library displays on the legacy of communism—just as we do on the Holocaust. And given that it’s a doctrine still alive, and with startlingly wide appeal, we might even say it’s urgent.

‘Between Shades of Gray’ by Ruta Sepetys

A moving and haunting tale of one Lithuanian family’s ordeal under Soviet communism, this story sets itself apart with its beautiful prose, narrated from the point of view of its imagined 15-year-old female protagonist, who is an aspiring artist.

From the opening scene, we feel the pain and terror of separation that so many families went through at the hands of Stalin’s NKVD. “They took me in my nightgown,” the tale begins, eventually following the family all the way to Siberia, where they are subjected to the horrors of Stalin’s notorious gulag system.

It’s a deeply emotional story, filled with love, separation, and longing, alongside inhuman cruelty, and an eye-opening experience that readers won’t soon forget. The book has deservedly won several awards, has a superbly narrated audiobook edition, and was adapted in 2018 for the silver screen under the title of “Ashes in the Snow.”

Yelchin’s story also involves Soviet communism, but through a very different—and personal—lens. The events in this tale are based on the author’s own experiences growing up behind the Iron Curtain. It captures well the euphoria of the day in which everyone—from innocent children, like our young narrator, Sasha to adults, like his communist father—was so easily swept up.

Told in almost real-time, and spanning just two days’ events, Sasha’s long-awaited chance to join the Young Pioneers takes a calamitous twist when he accidentally damages a bust of Stalin (hence the title) and breaks a peer’s glasses with a snowball.

The book features graphite illustrations that help to convey the work’s mood, while making the tale accessible to even younger readers. It was honored with a Newbery Medal in 2012.  To view a well-crafted book trailer from the publisher, click here.

‘A Night Divided’ by Jennifer A. Nielsen

Nielsen—who is better known for her blockbuster fantasy works—here brings her trademark pacing and plotting to Germany in the aftermath of World War II, where life under communism is anything but the rosy utopia Marx made it out to be.

Reading more like a thriller than historical fiction, “Night” tells the tale of a family divided—quite literally—by the Berlin Wall and the daring, heroic lengths that they will go to (tunneling, even!) in order to escape Soviet communism.

A very convincing depiction of communism’s evils in a chapter of history often overlooked. Readers will learn in particular about how communism breeds suspicion, paranoia, and distrust through the likes of the Stasi—who force people to spy on their friends and neighbors, and commit acts as unspeakable as murder.

Finally re-issued with the attractive cover art it deserves, Jiang’s memoir (this one’s autobiographical) provides a heartbreaking look at the madness that was Mao’s Cultural Revolution (1966–1976) in China.

“Red Scarf Girl” dramatically portrays the constant terrors of arrest and imprisonment that an entire generation faced, as well as the heart-rending tests of loyalty to loved ones that many children were put through. Ultimately, a message of hope and courage is offered—even as China continues to suffer under Mao’s legacy of tyranny.

Jiang’s book has rightly been likened to “The Diary of Anne Frank.” Let us hope that it and its kin herein one day enjoy equally broad appeal.

Stay tuned for more recommendations along these lines, including picks for high school readers.