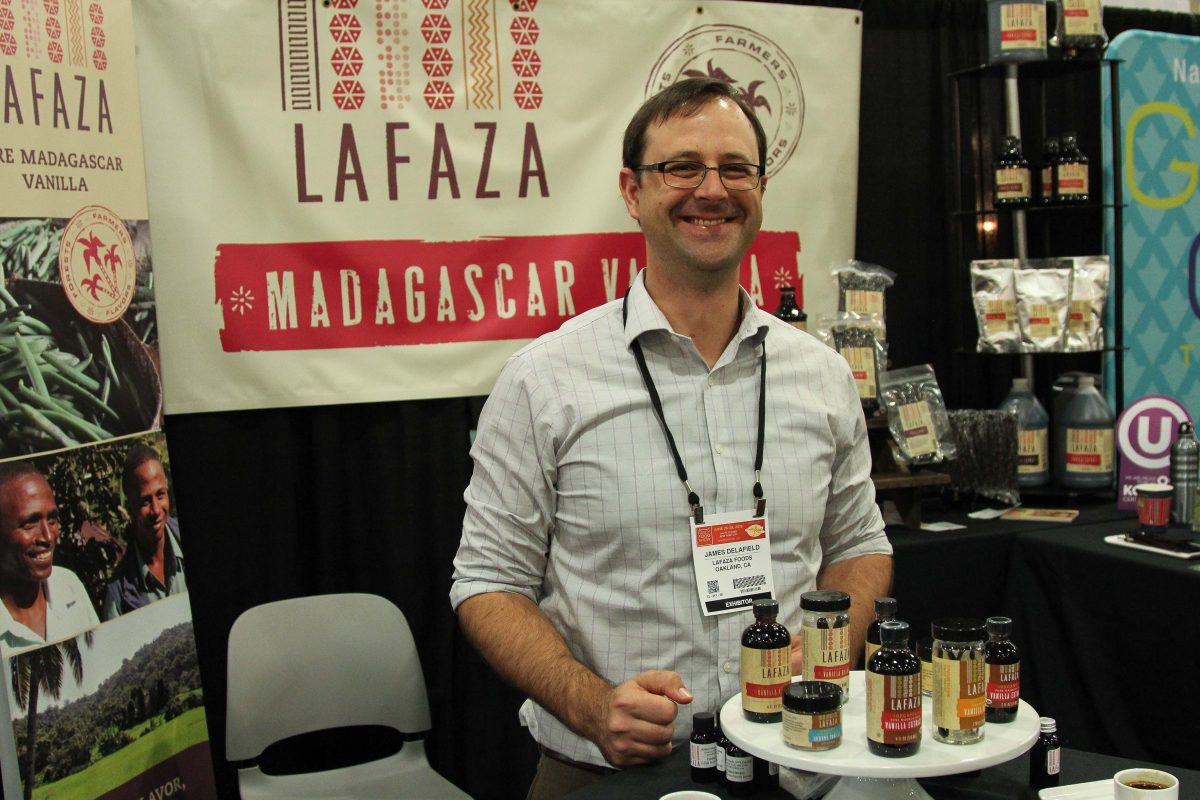 4 Ethical Entrepreneurs Who Focus Their Businesses on Helping Others

Ethical sourcing is an aspect of business that takes a lot of extra effort. Companies do not need to do it. There is generally plenty of everything on the market that can be purchased, and the consumer usually doesn’t know, or even think, about where it came from.

The businesses featured below are different. For them, buying without knowing in not an option. They want to do the most possible good through their businesses. In fact, sometimes they’ve started a business just to employ people, to give a helping hand through commerce and access to American markets.

Ethical sourcing is an aspect of business that takes a lot of extra effort.

Sustainable sourcing can mean the U.S. company imparts knowledge to the locals on how to farm more efficiently. Sometimes it means enabling them to continue their farming traditions. It almost always means paying producers fairly so they can keep their land and autonomy while adequately supporting their families.

Sometimes, there is room for money to be given back to the communities to improve their standard of living, whether that be access to an education, clean water, or new roads.

This effort can be a real win-win for both parties. While farmers in developing countries are given the opportunity to contribute meaningfully to global commerce, U.S. companies in turn win their consumers’ trust by offering their consumers that transparency.

Ajiri Tea founders, sisters Sara and Kate Holby, and their mother Ann Funkhouser, started their company with the purpose of employing woman in Western Kenya. Ajiri means “to employ” in Swahili.

The idea arose from an observation made by 21-year-old Sara Holby after the NGO she was volunteering for in Kenya ran out of money to distribute food and medicine to the community. Sara Holby felt that aid contributes to a detrimental cycle of dependence and low self-esteem, according to the Ajiri Tea website.

After the business expenses are paid, all profits from the sale of the tea are then donated back to Kenya to pay for school fees for children.

Tea is a major industry in Western Kenya, so tea was an obvious choice for a business idea. Ajiri started to work with the small farmers. They handpick only the top two leaves and buds of the trees for a top-quality tea.

Upper Black Eddy, Pa.-based Ajiri employs about 40 woman to make the packaging for the tea. Labels are made from banana leaves, and feature designs inspired by local scenes. You can see the names and pictures of the women on the company’s website.

After the business expenses are paid, all profits from the sale of the tea are then donated back to Kenya to pay for school fees for children.

Sara Holby said they currently have 28 children in school, with seven having graduated. The oldest four graduates are now attending university.

Ajiri Tea has recently branched out into Kenyan coffee, with handmade removable cards that can be kept by the consumer and used as decoration.

Another company that helps small farmers is LAFAZA. Lafaza is the Malagasy name for the vine that yields vanilla beans.

The company was started by two former Peace Corps volunteers who fell in love with the rich, heady flavor of fresh vanilla beans while stationed among growers in the Mananara-Nord region on the north-east coast of Madagascar.

James Delafield, president of Oakland, Calif.-based LAFAZA, said the farmers invited the Peace Corps because they were looking for a better way to bring their products to market.

Delafield explained that the country is dominated by foreign-owned vanilla plantations, and the small landowners were stuck with whatever someone would offer them for their vanilla.

It takes nearly a year of careful attention to produce a vanilla bean.

Delafield said the company is very proud to be supporting hundreds of small farmers (a quarter of an acre, to an acre in size) through a purchase method called direct trade. The method ensures both the farmer, and the cooperatives they belong to, get a share of the purchase price.

LAFAZA also works with locals on the ground to spread best practices and ensure the company’s standards are met.

In fact, in late October 2015, LAFAZA announced to Kickstarter crowdfunding supporters the success of their campaign to organically certify 160 metric tonnes of green vanilla beans for their vanilla growers.

LAFAZA vanilla, which it sells in whole form, as an extract, and as a powder, is grown using sustainable agroforestry methods. The method allows for the production of vanilla amid the natural forests of Madagascar.

It takes nearly a year of careful attention to produce a vanilla bean. The beans grow on vines, which are typically trained to loop on to natural forest trees.

Flowers that grow on the vine must be hand pollinated within a 24-hour time frame in order for the vanilla bean to grow to maturity 7–9 months later.

Once the beans are harvested, they are far from ready for market. They must be carefully cured. First, the beans are blanched in hot water and sweated for 48 hours to stop the internal growth process. Next, the beans are cured in the sun during the day, and wrapped at night. This happens for 3–4 months until the beans become fragrant and turn a deep chocolate brown color. People with specialized knowledge identify precisely when the beans are ready.

Delafield said that with many major manufacturers in the U.S. now committing to use the natural vanilla bean, rather than an artificial extract, demand for their product is soaring. And with increased demand, comes a premium price, which LAFAZA ensures gets passed on to the farmers.

The story of Ethical Bean Coffee founders Lloyd Bernhardt and Kim Schachte is one of giving back to a Guatemalan community that birthed their adopted daughter. While in the country for the adoption, the couple developed a passion for the culture, and a desire to improve the lives of its people.

Ethical Bean uses only certified Fair Trade and organic coffee beans. The certification ensures a fair price for farmers regardless of the state of the global commodity coffee trade. It also ensures a quality bean, free from pesticides and other chemicals.

Fair Trade is a certification that was established to protect small coffee bean farms from the vagaries of the global market, where a mountain of debt once threatened the survival of this resource. Because the price paid for Fair Trade coffee is higher, it relies on the willingness of the social conscious buyers to pay, but it also allows the growers to focus on producing the high quality coffee we love and desire.

Talking to Schachte, you get the clear sense that you are talking to an entrepreneur who has her ethics straight. And it’s not just talk.

One of the neatest things about Ethical Bean coffee is that you can scan a QR code on any product and learn the unique story of your beans.

The company’s headquarters in Vancouver, Canada, are housed in a LEED (Leadership in Energy and Environmental Design) certified facility.

And in 2010, Ethical Bean became a Certified B Corporation, which requires it to meet social sustainability and environmental performance standards, and be accountable and transparent to the public.

Most recently, the company announced a compostable single-serve k-cup made from coffee bean chaff and other renewable materials. This is to help us start to dig out from the 10 billion plastic k-cups that go into landfill yearly, according to company literature.

One of the neatest things about Ethical Bean coffee is that you can scan a QR code on any product and learn the unique story of your beans, such as where they were grown, who picked it, and how it was roasted.

Finally, Schachte and Bernhardt have been able to achieve their goal of giving back to Guatemala. They donate Ethical Bean profits to Child Aid, which supports children in school, and Project Somos, which is building a village for at-risk mothers and their children.

Michelle Jean is another company founder on a mission. This time it is to give a hand to the people in her homeland.

Jean, who is a first generation Haitian-American, is the great granddaughter of two agricultural families in Haiti.

Earlier in her career, while living in the New York area, Jean helped launch a number of high-profile restaurants and worked as a consultant to American fashion designer Donna Karan to launch a Haiti initiative. Later, Jean worked as a strategic consultant to multilateral banking institutions in humanitarian aid and the non-profit sectors.

Like Ajiri Tea’s founders, she also feels that people need employment, not a handout. She created the New Jersey-based Zesa Raw Trading Post to benefit small-scale farmers and growers throughout the Caribbean, Latin America, and elsewhere.

Right now, Jean has two main commodity products for sale in the United States, which are sought after by discerning area chefs looking for unique products.

There is high altitude coffee from Haiti and unrefined raw cane sugar from Costa Rica. Aside from the whole form of the product, she has developed some very unique formats, such as organic cane sugar truffles and organic dark cane syrup.

The above are just four examples of companies that give back. In these cases, each is driven by the personal passion of the founders.

There are countless examples, large and small, of businesses that go above and beyond. At large companies, the behavior is often referred to as corporate social responsibility.

The growth of Socially Responsible Investing (SRI) is evidence of this trend.

Responsible investors seek to use their money to express their values and support a shift toward a more economically just and environmentally sustainable future.

According to a 2015 report by investment advisory firm PNC Capital Advisors, SRI investments now account for $1 out of every $6 invested in the United States.

The category has grown dramatically over the last two decades, with much of the increase happening between 2012 and 2014, when investments expanded from $3.74 trillion in assets under management to $6.57 trillion.