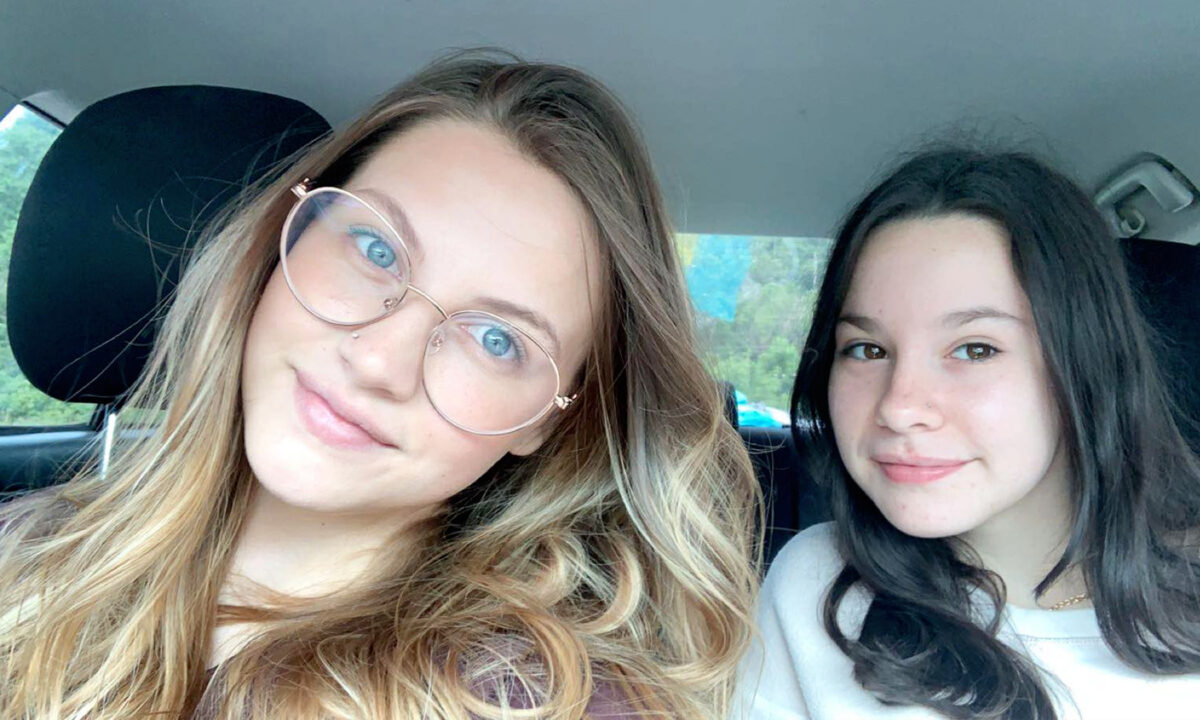 'I love my life with her. I am so excited to see where the future takes her.'
BY Louise Chambers TIMEMarch 29, 2022 PRINT

A 22-year-old college senior, who filed for guardianship of her 16-year-old half-sister after the teen’s mom died, says that giving her sister the chance to live her teenage years to the fullest is worth the sacrifice.

Hunter Nelson, originally of North Carolina, now lives in Kentucky with Gracie Nelson, a high school sophomore. The half-sisters’ father died in October 2015, and Gracie’s mom died in May 2021.

“I knew she was already facing difficulties with her life at home,” Hunter, who majors in elementary education, told The Epoch Times. “I felt the strong need to make sure Gracie’s life after her mom’s passing was as normal as possible.

“I didn’t want her to be making ‘grown-up’ decisions so young, and truly felt no one in her mom’s family could make that possible.”

The girls’ father and Gracie’s mom both suffered from alcoholism. Hunter said it was their addiction that played “ultimately the biggest role” in their deaths.

“Our father also had numerous other health issues, including a form of cancer,” she said.

Hunter said she wasn’t really aware at the time that she took up guardianship of her half-sister how many difficulties she would face, especially the emotional challenges they might have to navigate through.

“I love my life with her, and I love her like a sister and like she is my own child,” Hunter said. “But I sometimes do mourn the life I will never get back and what could have been my early 20s.”

Hunter had lived five hours away from her half-sister since their childhood. They adored spending holidays together, but when Hunter hit her teenage years, the pair grew apart.

Everything changed when they lost their parents. Gracie moved in with her big sister the same month that her mother died. She said their bond is like no other.

“I protect her like a mother and emotionally support her like a sister. She agrees that she supports me like a sister and looks up to me as her guardian as well, and I think that is really sweet,” Hunter said.

On a typical school day, Hunter wakes up early and prepares Gracie’s lunch before dropping her half-sister off at school at 8 o’clock. Then she drives to college, one hour away. Gracie plays basketball or has cheerleading practice most days.

“If it’s a game day, after school I make dinner and she gets ready, we eat, and then leave for the game,” Hunter said. “On practice days, I drop her off, make dinner, pick her up, and then we eat dinner. By the time all that is over with, we’re ready for bed!”

Hunter has invaluable support from her boyfriend, her best friend, and her mom, but admits that being Gracie’s guardian isn’t easy. She has rules to make their lives easier: they swap schedules every day, neither can make last-minute plans until Gracie’s cheerleading season and Hunter’s college semester are over, and a change must be discussed at least one day in advance, except for emergencies.

One of the biggest challenges Hunter has faced is being taken seriously, but not by Gracie. She has had to “send emails and be assertive” with Gracie’s school staff and feels the situation has improved, but finds that people are still surprised by her chosen role.

“Their first words are usually, ‘Oh! Wow,'” Hunter said. “Then they usually ask how I did that, and tell me something similar they’ve heard of.”

In the short term, Hunter and Gracie are loving their shared life, and Hunter feels proud watching her little sister thrive. In summer, they love hiking, the beach, and trying new eateries together. In colder weather, they watch movies and run errands together.

In the long term, the pair have started planning for Gracie’s college years; once Hunter graduates, she plans to teach in their hometown until Gracie’s high school graduation, at which point they’ll move to a bigger city.

“I am so thrilled that Gracie lives with me, even though it can be difficult at times,” Hunter said. “I am also happy she is so incredibly healthy, physically and emotionally, in my home. I am so excited to see where the future takes her.”

Gracie recently earned her driving permit. Hunter hopes to document her sister’s journey to getting a full license as their “newest adventure” together.