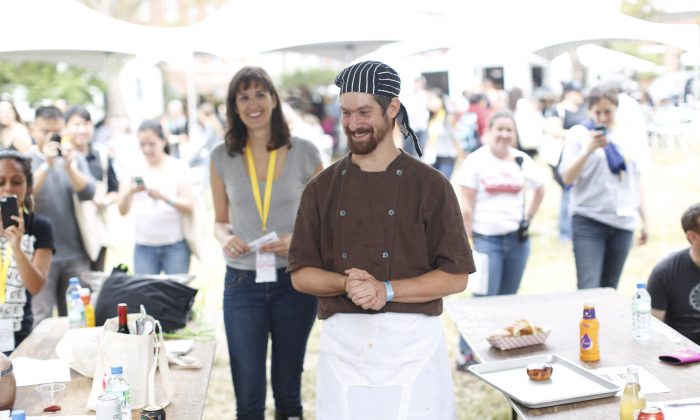 Adam Sobel, owner of the Cinnamon Snail and winner of this year's Vendy Cup. Courtesy of Vendy Awards
Food & Dining

The Heroic Vendor Award went to Baare Batchiri, the first nonfood vendor to be a recipient. Last June, he was working at his stand when he was stabbed by a homeless man. “Since the incident, he has still managed to keep his generous and friendly nature, even toward the mentally ill man who almost killed him,” according to a press release. Batchiri is from Niger, and sells cellphone cases and appliances in SoHo.

The Vendy Awards is an annual event benefiting the Urban Justice Center’s Street Vendor Project, which includes more than 1,800 active vendor members working together to create a vendor’s movement for permanent change.