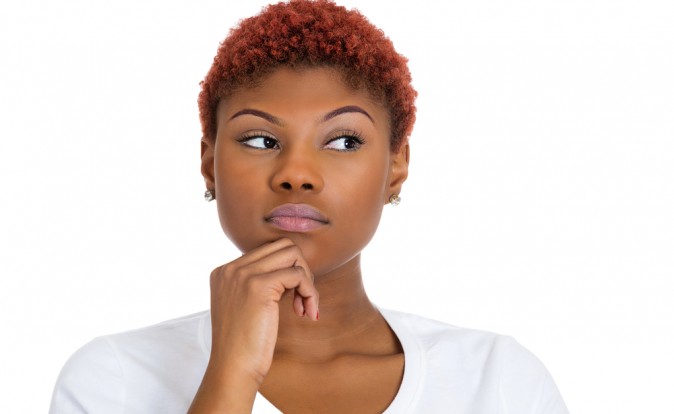 We’re all familiar with the common symptoms associated with premenstrual syndrome (PMS), which refers to the symptoms that begin during or after ovulation and end with the conclusion of the menstrual flow. They may include bloating, cramps, headaches, swelling, fluid retention, lower back pain, depression, abdominal pressure, insomnia, sugar cravings, anxiety, breast tenderness, mood swings, and acne. The symptoms can range from mild to severe, and vary greatly from woman to woman,

Many women accept these symptoms as an inescapable part of their monthly cycle and remain unaware that they can significantly relieve PMS by becoming proactive about their health.

Because of diet, lifestyle and excessive stress, PMS is more widespread in Western societies than in Asian and less developed countries. Dr. Jesse Hanley says that PMS is an indication of imbalance in the body, which can be psychological, nutritional, or hormonal. Dr. Hanley sees PMS as “a wake-up call” signaling us to pay attention to these imbalances and fix them before they turn into a more serious condition.

Dr. Hanley notes that menstruation does not create pain and discomfort when a woman is healthy. However, we live in an environment full of synthetic chemicals, including herbicides and pesticides, which mimic estrogen once they get inside the body, enhancing the effects of natural estrogen and disturbing the hormonal balance. Further, an excess of estrogen in relation to progesterone causes problems of hormonal imbalance.

Adopting a healthy diet is a vital for long-term improvement in PMS symptoms. To combat PMS, consume an anti-inflammatory whole foods diet that is rich in organic fruits, vegetables, whole grains, nuts, and seeds. These foods are full of essential vitamins and minerals that can go a long way in reducing symptoms.

New research focuses on the connection between diet and PMS and the importance of the foods we eat.  A recent 10-year study out of the University of Massachusetts found that women who consumed a diet rich in iron (about 20 mg daily) saw a 36% reduction in symptoms. The study, which surveyed over 3,000 women, also linked higher intake of zinc (around 15 mg per day) with a lower incidence of conditions associated with PMS.

More research carried out by scientists at UMass noted similar improvements in women who consumed a diet high in vitamin D and calcium.

Scientific findings demonstrate that various herbs also help stave off symptoms of PMS. Saffron, chamomile, and St. John’s wort and chasteberry have all been identified as exerting a positive effect on PMS symptoms.

When symptoms are severe, diet alone may not be enough. The following nutrients may prove useful:

Vitamin B6 (Pyridoxine) — Pyridoxine has a number of helpful properties for alleviating PMS. As a smooth muscle relaxant, it can decrease cramps. As a diuretic, it reduces fluid retention, swelling, and breast tenderness. Between 200 and 400 mg could be taken daily, and vitamin B6 can be taken a week before menstruation, rather than just premenstrually. For the first two weeks of the cycle, take 100 mg a day in a B-complex vitamin. Note that the more B6 you take, the more magnesium you need.

Magnesium — Magnesium calms the nervous system and relieves anxiety, depression, irritability, nervousness, and insomnia. As an antispasmodic, it alleviates cramps and back pain. Magnesium also helps reduce cravings for sweets.

It also reduces inflammation and decreases the stickiness of the platelets, which prevents blood clotting. One 1,000 mg capsule of borage oil provides a daily dose of 240 mg of GLA.

Eicosapentaenoic Acid (EPA) — EPA, which is found in fish oil and flaxseed oil, produces prostaglandin-E3, which helps to alleviate breast tenderness. Flaxseed oil is fragile and should not be used for frying. It can be used in salad dressings or over cooked foods.

Gary Null
Follow
Gary Null is an internationally recognized thought leader and activist who holds a Ph.D. in human nutrition and public health science. He is the author of Reboot Your Brain: A Natural Approach to Fight Memory Loss, Dementia, Alzheimer's, Brain Aging and More
SHARE
Friends Read FreeCopyFacebookTweet
You May Also Like