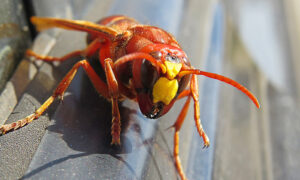 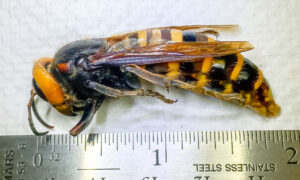 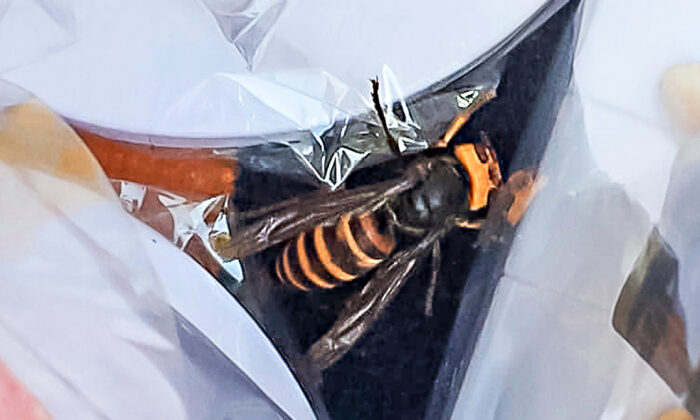 Two more Asian giant hornets, dramatically dubbed “murder hornets,” have shown up in Washington state after a number of specimens were found in the last several months. The species made its first ominous appearance in the U.S. state in the fall of 2019.

One hornet was found on Aug. 19 already dead in a trap set by a local beekeeper, according to a statement from the Washington State Department of Agriculture (WSDA). The other had flown into the outdoor seating area of a restaurant to the fright of diners.

The WSDA was setting up traps in collaboration with the U.S. Department of Agriculture in Washington’s Birch Bay area on Aug. 19 when officials found a dead worker hornet in an existing trap.

“The worker was considerably smaller than the specimens detected up to that point,” WSDA officials explained. “This is a good reminder for those checking traps to keep their eyes open for smaller specimens, too.”

The Asian giant hornets largely range in size from 1.5 to 2 inches in length. The small dead worker hornet was found in the same locale as an unmated queen was found earlier this year.

On Aug. 18, a member of the public dining at an unnamed Washington eatery snapped a photo of another hornet as the insect briefly dove into their field of vision. “They were dining outside when the Asian giant hornet flew up,” the WSDA explained. “They were able to get a photograph of the hornet, but it flew off without being captured.”

The Asian giant hornet’s first appearance in the United States was reported in November 2019. Beekeeper Ted McFall discovered thousands of his bees decapitated at their hives in Custer, Washington, the hornets having flown away with the bodies to feed their young.

Entomologist Akito Kawahara told EarthSky that the Asian giant hornet (Vespa mandarinia) is fairly common in many parts of Asia. Contradictory to their name, according to Kawahara, they kill fewer than 13 people per year in Japan.

After the two specimens were reported last month, the WSDA’s Pest Program met with researchers at the University of Washington to field-test radio tags for tracking live Asian giant hornets back to their colonies. The trials proved promising. Once located, colonies can be eradicated.

The WSDA is still awaiting its first live insurgent.