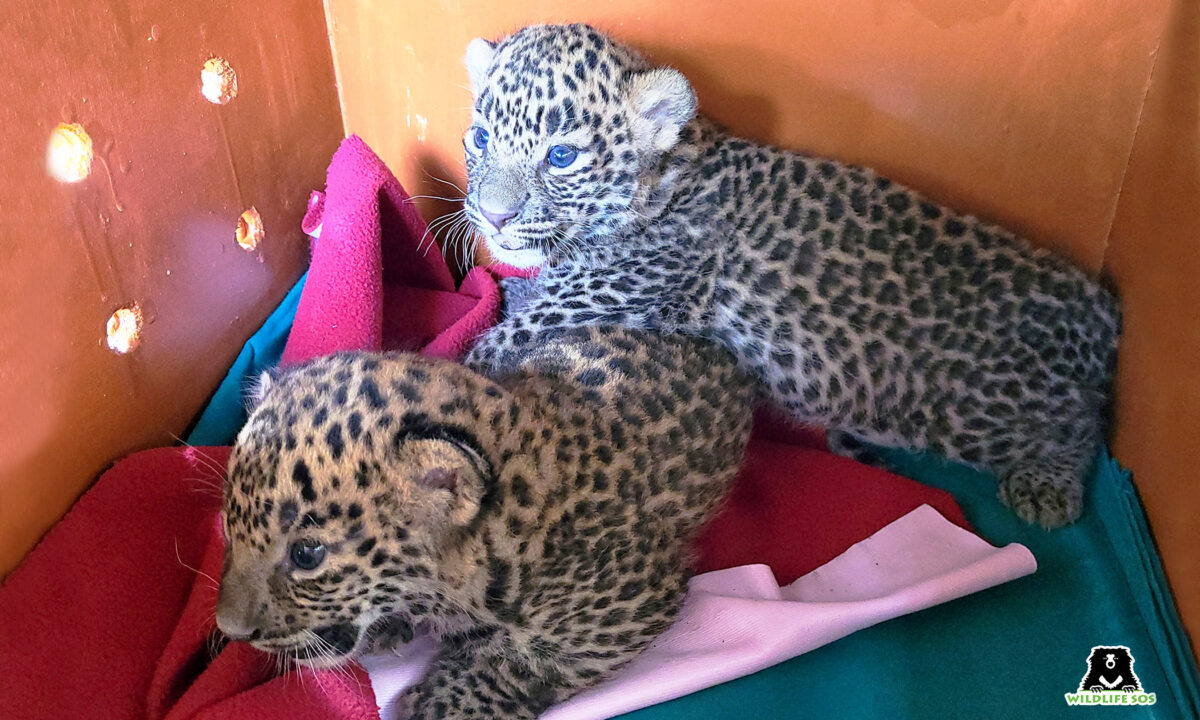 A pair of leopard cubs found alone in a field by Indian sugarcane farmers have been successfully reunited with their mother. A hidden camera caught the moving moment on film.

The leopard cub siblings were discovered in the west-central Indian village of Nirgude in Junnar, Maharashtra, on Jan. 2, by farmers while they were harvesting sugarcane. They immediately reported their find to the Forest Department, who rushed to the site, and transported the cubs to conservation nonprofit Wildlife SOS’s Manikdoh Leopard Rescue Center for examination.

Wildlife veterinary officer Dr. Nikhil Bangar identified the cubs as one male and one female, and estimated they were approximately 45 days old, according to a Wildlife SOS press release.

After a careful inspection for ticks and injuries, Bangar gave both the cubs a clean bill of health.

The nonprofit then teamed up with the Forest Department again to install a box in a safe collection spot, near to where the cubs were first found, and a remote-controlled camera trap to record the reunion with their mother.

“The mother must have been searching for her cubs, as, within a few minutes, she was able to sniff them out,” said Bangar. “On reaching the box, she patiently waited to ensure no danger stood in the way, and then she cleverly used her paws to tip it over. She then moved her cubs to a safer location.”

The nonprofit says it is not uncommon for farmers to find young leopard cubs sheltering in sugarcane fields in Maharashtra, as the tall, dense stalks of this particular crop provide ample camouflage for leopards, but cubs are prone to losing their way, and thus are at a risk of being found by humans.

Wildlife SOS, Bangar maintained, makes “every effort” to facilitate rescues and reunions such as these.

Kartick Satyanarayan, co-founder and CEO of Wildlife SOS, said the Jan. 2 reunion was by no means the first collaboration between the nonprofit and the state forest department. For years, they have provided conflict mitigation, have led workshops and “awareness modules” together, and received more phone calls about wildlife in distress than ever before.

“We are incredibly grateful to the forest department for being such a staunch support,” said Satyanarayan, “and the local residents, who are keeping avoidance and mitigation teachings in mind when dealing with wild animals.”

Range Forest Officer Ajit Shinde confirmed that more and more people are reaching out for help upon finding leopards and other wild animals in the area.

He added: “We are glad to see that people are becoming more sensitized toward the wildlife that shares the surrounding habitats.”